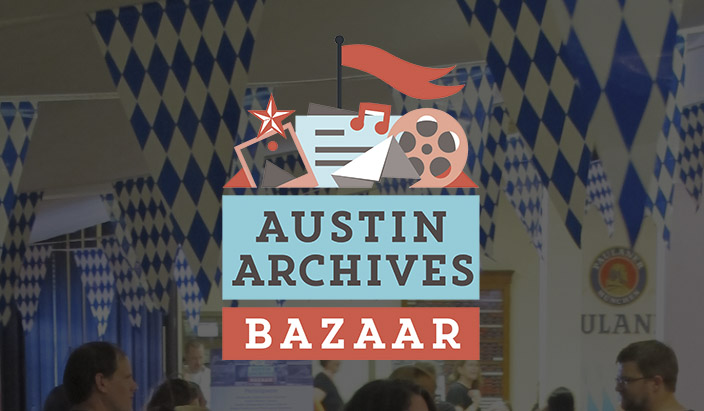 Neither quiet, dusty, nor dry, these Central Texas archivists and librarians collaborate to curate a bigger and better gathering every even-numbered year. The Austin Archives Bazaar is a noisy and well-lubricated social affair, with speaker presentations punctuating the browsing of more than 25 booths. History starts with yesterday, and thus you'll find zine archives and podcast hosts alongside genealogy resources and the LBJ Library's booth. Unusually specific collections are featured (did you know Texas A&M’s libraries include LGBTQ and George R.R. Martin archives?), but the bazaar also provides ways to capture oral histories, do a deep dive on ranchero family claims on Spanish land grants, and preserve family archives. This outreach effort moves well past any "stern librarian" cliches by broadening the definitions and inclusivity of what it means to be Texan.

Hail Mother Worm, amirite? If you’re confused by this phrase, you obviously haven’t been to the best vision of camp and wrestling lore in Austin: Party World Rasslin’! PWR is a masterpiece of free Saturday night party violence and is set in a lore-filled multiverse unlike any other, where forest nymphs, ruthless Dallas magnates, sentient spaghetti men, and many others do battle in far-out dimensions both near and far from our own. Anyone who worships at the altar of magic, friendship, and well-choreographed smackdowns is obligated to support such a “Grand Ritual” of physical combat. 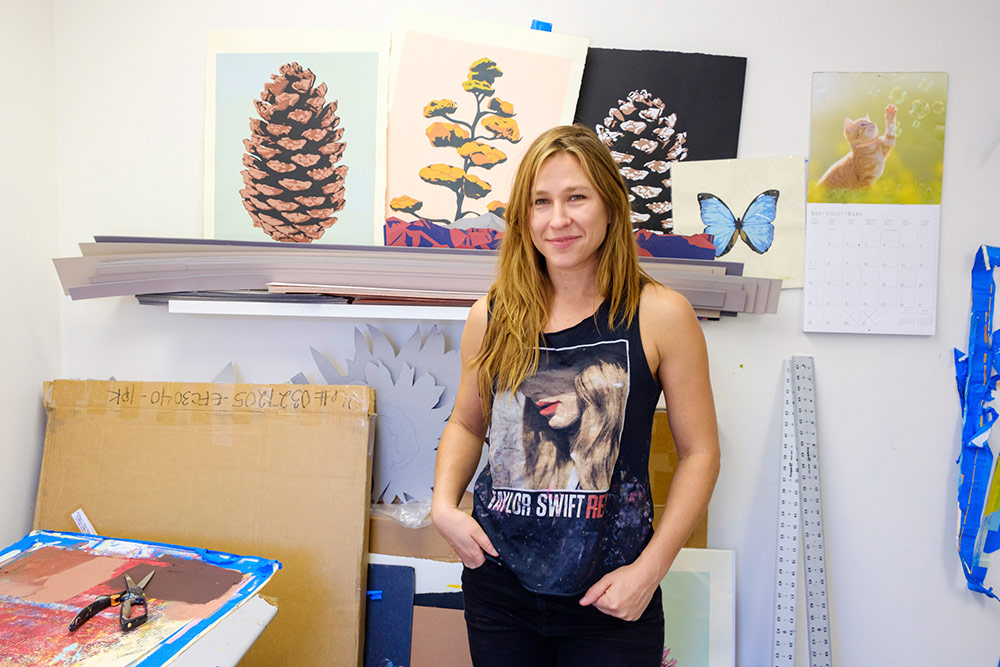 Since moving back to Austin from Arizona, Landry McMeans has set up an art studio in the Mosaic Sound Collective and expanded her palette into ever-bigger pieces. Her cardboard reliefs exhume the brilliant details of natural landscapes and animals, with her new 3D triptychs striking vivid from afar and stunning up-close. Although technically not recycled (she sources her special heavy-duty cardboard from a factory in California), McMeans’ masterful textures are currently on display at South Congress’ musician-focused Yard Dog Art Gallery.

By its nature, movement happens in the now. But it can spring from the then – cultural traditions, histories, memories. That's what powers the work of Charles O. Anderson, head of the UT Department of Theatre & Dance dance program and founder of dance theatre X. He may derive steps and gestures from African American experiences and culture – lynchings and civil rights marches, expressions of faith and resistance – as in his masterwork (Re)Current Unrest, or employ ceremonial movements of grief and honor, as in the profoundly moving Idobálè, a memorial tribute to Haruka Weiser, the dance major slain on campus in 2016. In whatever he does, Anderson shows himself a keeper of what mattered, releasing it kinetically so we remember it and see it matters still. 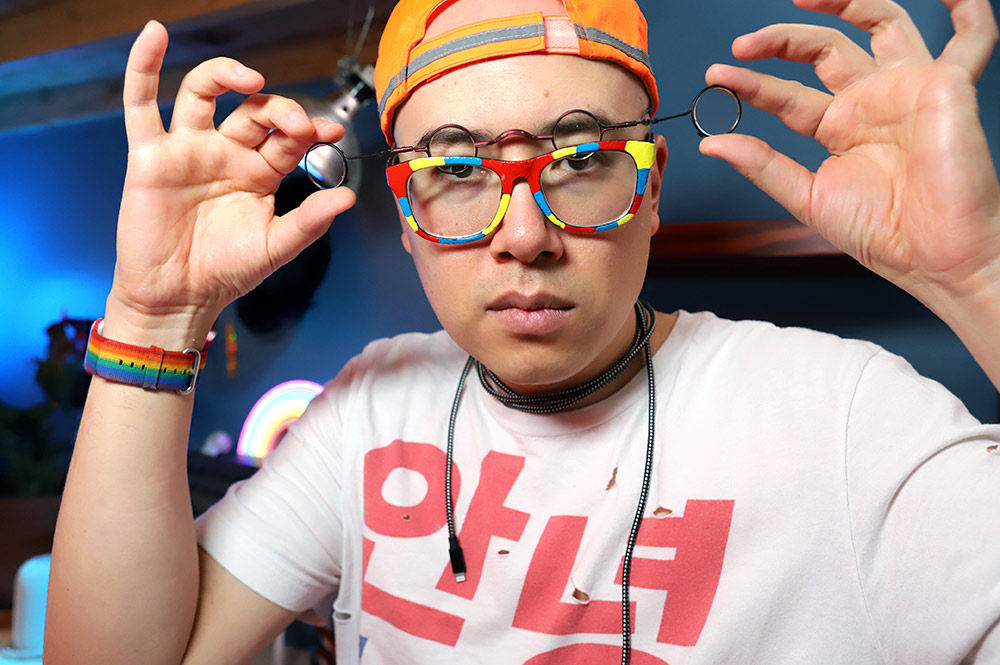 Who would have guessed that a dinosaur-masked metal guitarist nearly two decades ago would end up as an internationally recognized powerhouse of interdisciplinary art and music? Or that said powerhouse’s exploration of what it means to be a digital citizen would challenge audiences to expand their minds and see the world through unfamiliar lenses? From the intersections and boundaries of identity (queerness, race, gender), Ben Aqua has become a bold voice that embraces inclusion and diversity while calling out artistic and cultural appropriation. Aqua’s collaborations with the city's Asian American Resource Center might at first glance seem odd given Aqua's stature in the "online underground," but Aqua’s articulate validations of individual expression and identity and their ability to draw out the unspoken in others make it clear that even city government needs them. #NeverLogOff

At the immersive film screenings of Lifted Traces, fandom oozes from every detail. There’s cinematically aligned food, on-theme vendors, and a wonderland of art installations to enjoy around the show. Most centrally, the movies are presented with a new musical score, performed live by local synth-lovers. Hyperreal Film Club founder Jenni Kaye and composer Joey Postiglione launched the project with a 2018 celebration of Akira. Listen to more energetic re-scores of Fantastic Planet and Deep Red at liftedtraces.bandcamp.com. 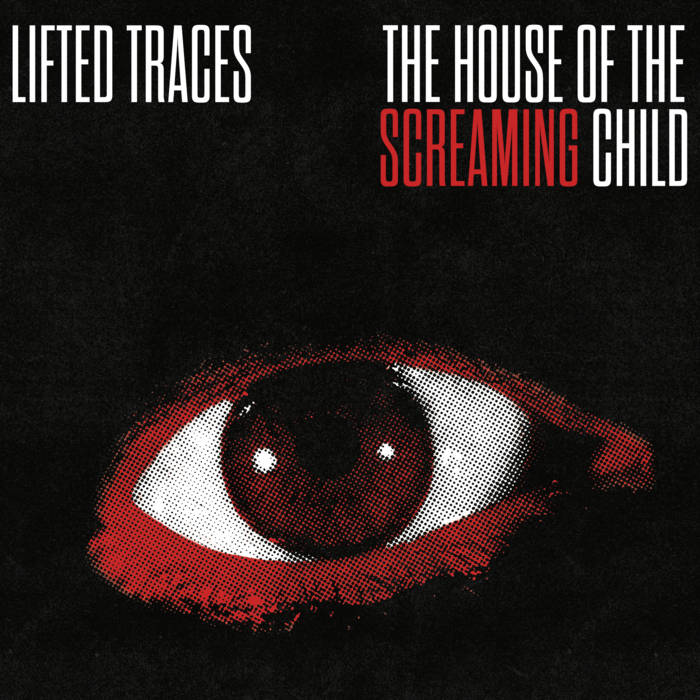 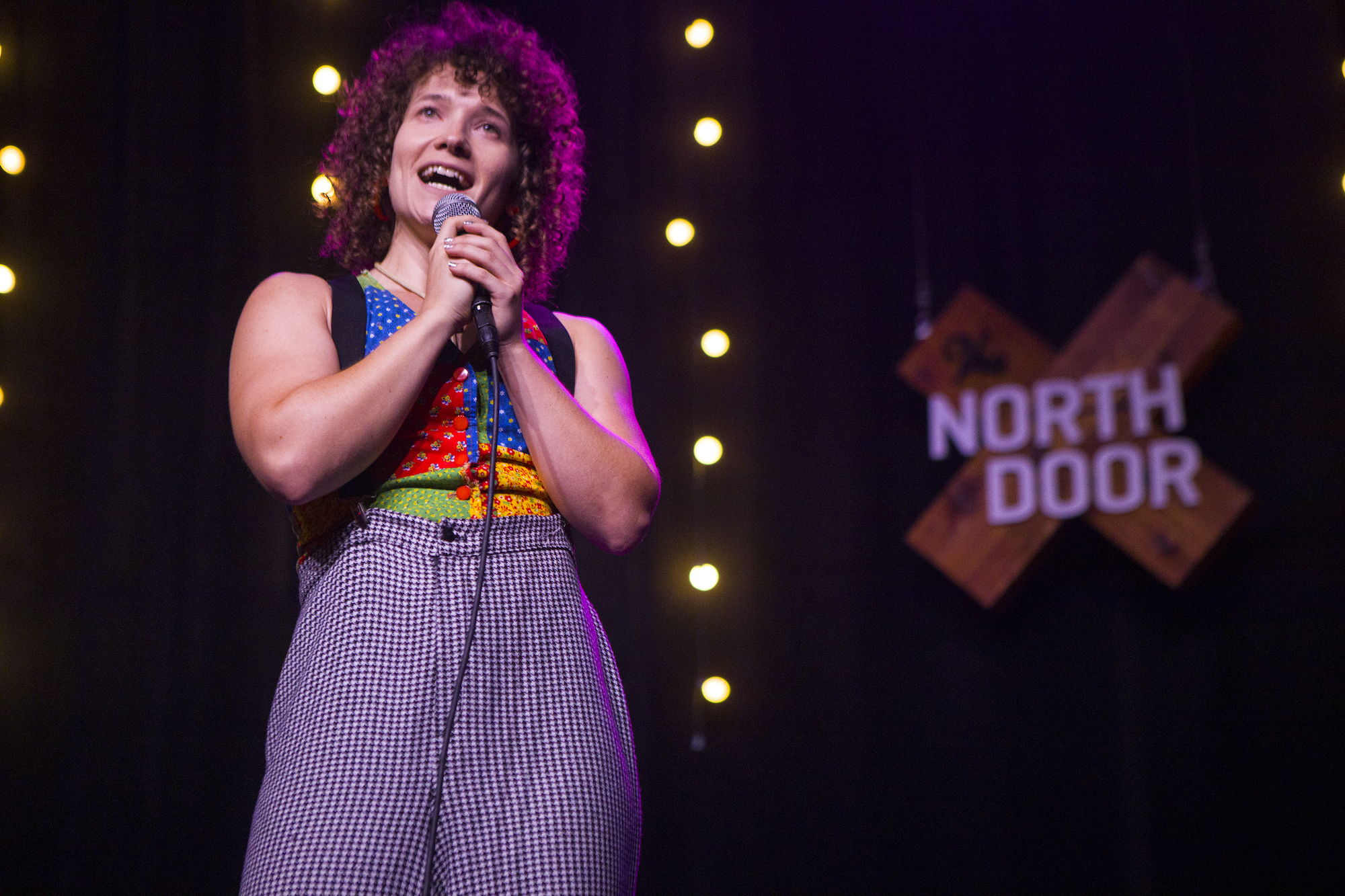 There are few greater portals into another person’s psyche than what they find absolutely hilarious. And there are few better platforms for raunchy, unfiltered, overtly honest retellings than the stand up comedy stage. At roving monthly showcases every third Thursday, The Gay Agenda rounds up all shades of gay storytelling. Launched in March 2019 by magnetic host Emmet Hunker, the collective aims to playfully promote comedy, queerness, and sex positivity.

Wanna start a band and stick it to the patriarchy at the same time? Femme Rock has you covered, with affordable six-week classes in a variety of musical styles (posted online every other month) and a mission to empower adult women (cis, trans, and nonbinary) through musical collaboration. Self-taught drummer and Femme Rock founder Reece Herrera describes the group as “sort of like a support group for female musicians,” but its best sell might lie in the bold font on its homepage: “Girls can do whatever the fuck they want.” Come on and join the revolution, sister. 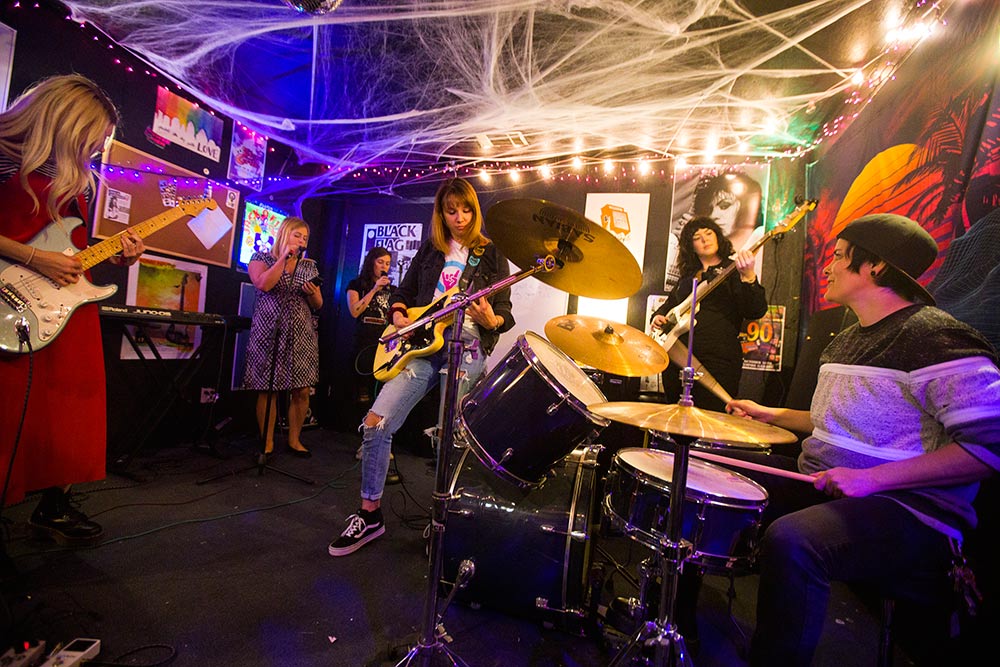 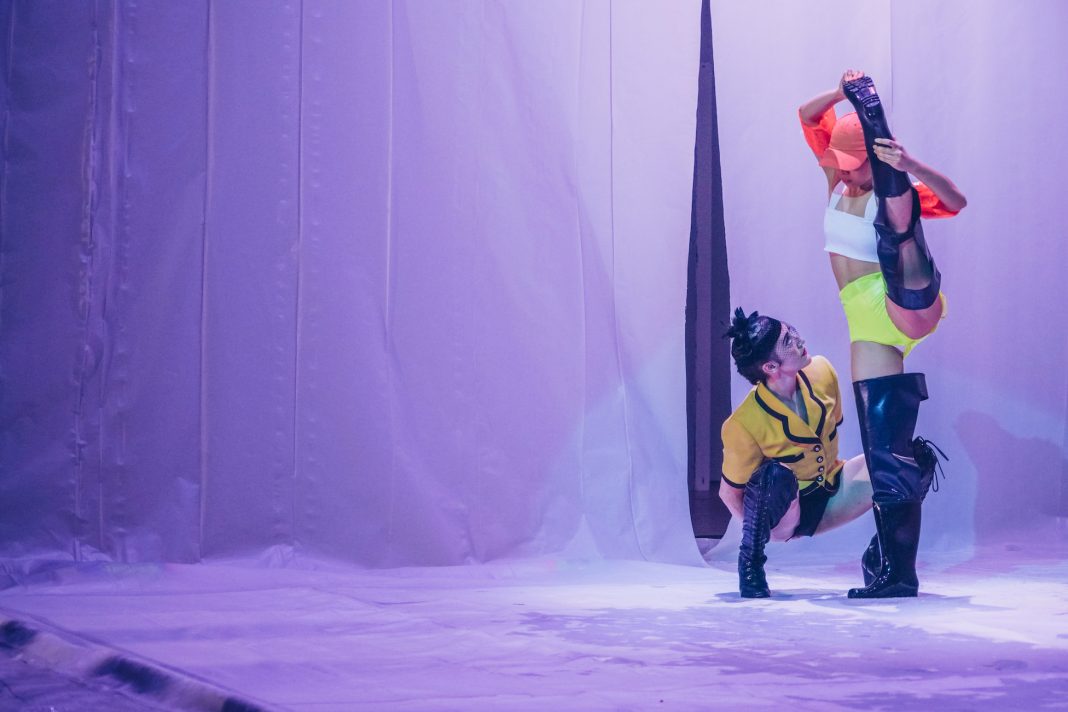 In dance, there's physical and there's physical. There's rigorously pushing the body to its limits in service of grace and beauty, and there's … whatever Frank Wo/Men Collective does. Racing. Whirling. Squirming. Twitching. Hurling themselves to the ground. Rolling over one another. Sliding on wet plastic. Enduring blasts of water from a pressure hose. At times, Frank's shows – such as Rick Said So and Rub a Duck – play like physical endurance tests designed by Dr. Strangelove and Pina Bausch. But their absurdist sensibilities, kinetic energy, and inventiveness make them weirdly compelling and fun. Thanks to co-directors Kelsey Oliver and Roberto Di Donato and a bold ensemble, Frank carries you to the boundaries of what you think you want to watch and tips you over it.

With early-Aughties aesthetics that evoke otherworldly dimensions, p1nkstar and Y2K are the pop princesses queer-kid you yearned for and queer-adult you still need. Each their own act, but who often collaborate and perform together, p1nkstar and Y2K are nightlife fixtures – queer or otherwise – performing hybrid music-conceptual shows, as well as campastic musicals like p1nky and the Kwane: Another Soup Opera!. Plus, the duo are fixtures at weekly queer dance party Cut Up!, regularly organize performance art showcases, and have even lent themselves to sexual health clinic ASHwell’s ads. Kiss kiss, bbs. 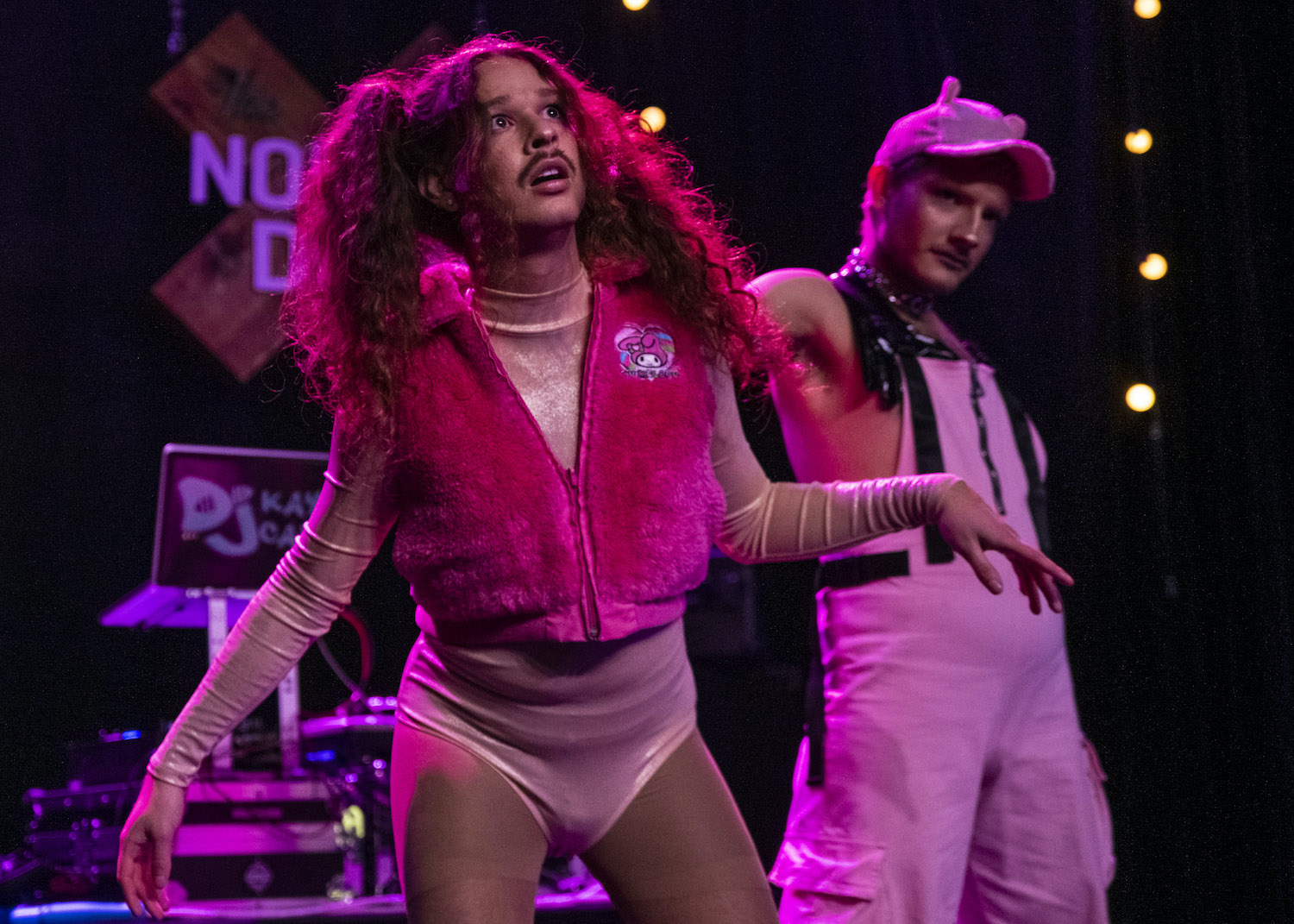 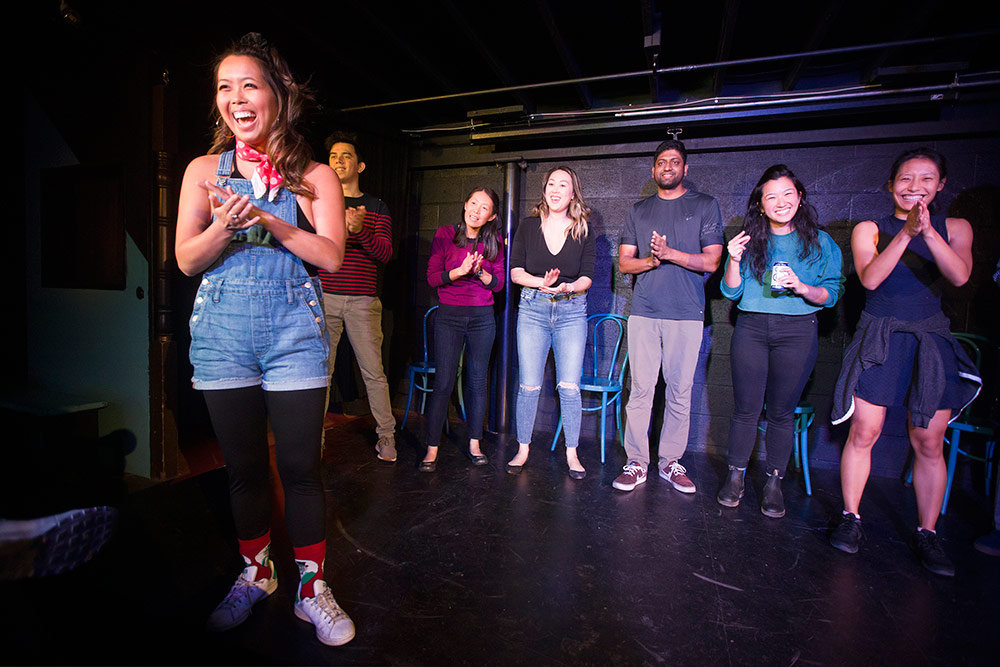 Best Rising Stars of Improv
Y'all We Asian

When Austin's first Asian American improv troupe opened a new show at ColdTowne Theater this year, the title Starring Y'all We Asian was a riff on the show's theme that Asians are done with Hollywood whitewashing and sidekick roles; they're ready for their close-up, Mr. DeMille. But the truth is that the troupe is star material and rising fast. In just two years, YWA has played regularly at ColdTowne; hit the Out of Bounds Comedy Festival locally and the Del Close Marathon in NYC; snagged a B. Iden Payne Award for best new improv troupe; and been a finalist in the "Best of Austin" Readers Poll. Their references are equally smart whether it's Asian culture or pop culture, and Y'all We Asian always leaves audiences wanting more.

There’s a certain cachet, perhaps, to being referred to as “bold” or “daring.” But even those tiredly used adjectives wane when discussing the sheer breadth and ambition of the Ground Floor Theatre. A performance space dedicated to highlighting marginalized voices, be it last year’s run of Iranian playwright Nassim Soleimanpour’s experimental grenade White Rabbit Red Rabbit, or this year’s wonderfully knotted TRANSom, the people behind the scenes curating this space have a deep understanding and knowledge of the kaleidoscope of human existence that might go unnoticed, but here it is rightly illuminated. Bold and daring don’t even begin to describe it. 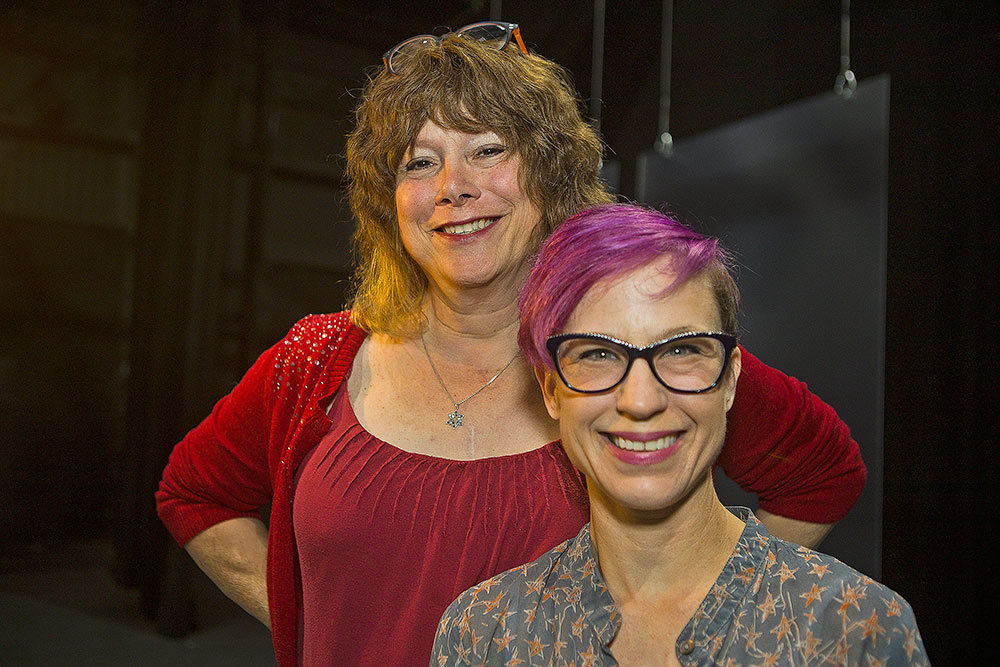 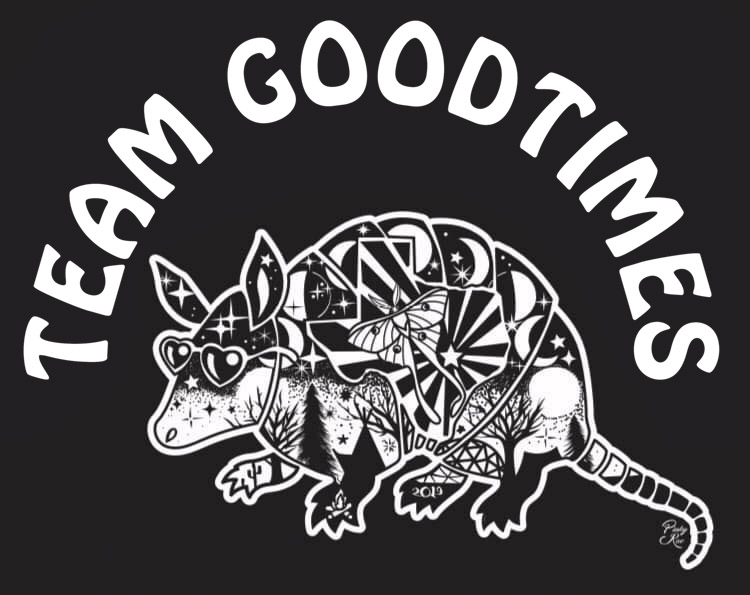 No microphones. No amplifiers. Absolutely no talking. You’ll be hard pressed to find a more astoundingly intimate musical performance on planet Earth than those assembled by Team Goodtimes, in which bands play acoustically outside to large audiences in rapt silence – typically between the hours of one and four in the morning. Ringleader Cody Johnson and his fellow Goodtimes volunteers have been staging these torch-lit late-night performances since 2005. They inhabit Old Settler’s Music Fest (as Camp Shhhtimes), UtopiaFest (Goodtimes Grove), and Sweet Party! (Tank Goodtimes) with favorited acts including the Deer, Wood & Wire, and Possessed by Paul James. In doing so, they’ve established a unique musical experience that’s heavy in its quietude.

Roky Erickson lived in Barton Hills – where his mother Evelyn also resided. Lupine howler out front of the 13th Floor Elevators, 1965-1969 – very possibly the first psychedelic act – he ate at Threadgill’s, Hut's, Amy’s. Throughout the Sixties, Seventies, Eighties, Nineties, and Aughts, he performed in Austin’s halls of fame: Vulcan Gas Company, Soap Creek Saloon, Ritz Theatre, Armadillo World Headquarters, Austin Music Hall, Paramount Theatre. In that same span, he collaborated with Austin music greats of every generation: Doug Sahm, Jerry Jeff Walker, the Butthole Surfers, Meat Puppets, Black Angels, Okkervil River. And when he died on May 31 here in Austin, any local who ever had a strand of Erickson’s otherworldly audio vision twist up to their DNA thought the same thing: statue.

On Wednesday, Sept. 11, the Chronicle broke the news of Daniel Johnston’s death at 58. Tolling the bell for any fallen member of a community remains the least favorite aspect of watchdog media – and especially in this case, since we had as much to do with breaking DJ to the world outside these city limits as MTV, Kurt Cobain, or Kathy McCarty. A back slap for astuteness, right? Hardly. He showed up on the paper’s back stoop with a cassette for us. We’d have had to be stoops not to recognize his talent. He was us, after all – all of us: lonely, insecure, childlike. Daniel Johnston represented Austin to the world and mankind to Austin. The least he deserves is a likeness outside of his favorite local haunt, Austin Comics, to which he contributed no small amount of superhero-obsessed DIY art. 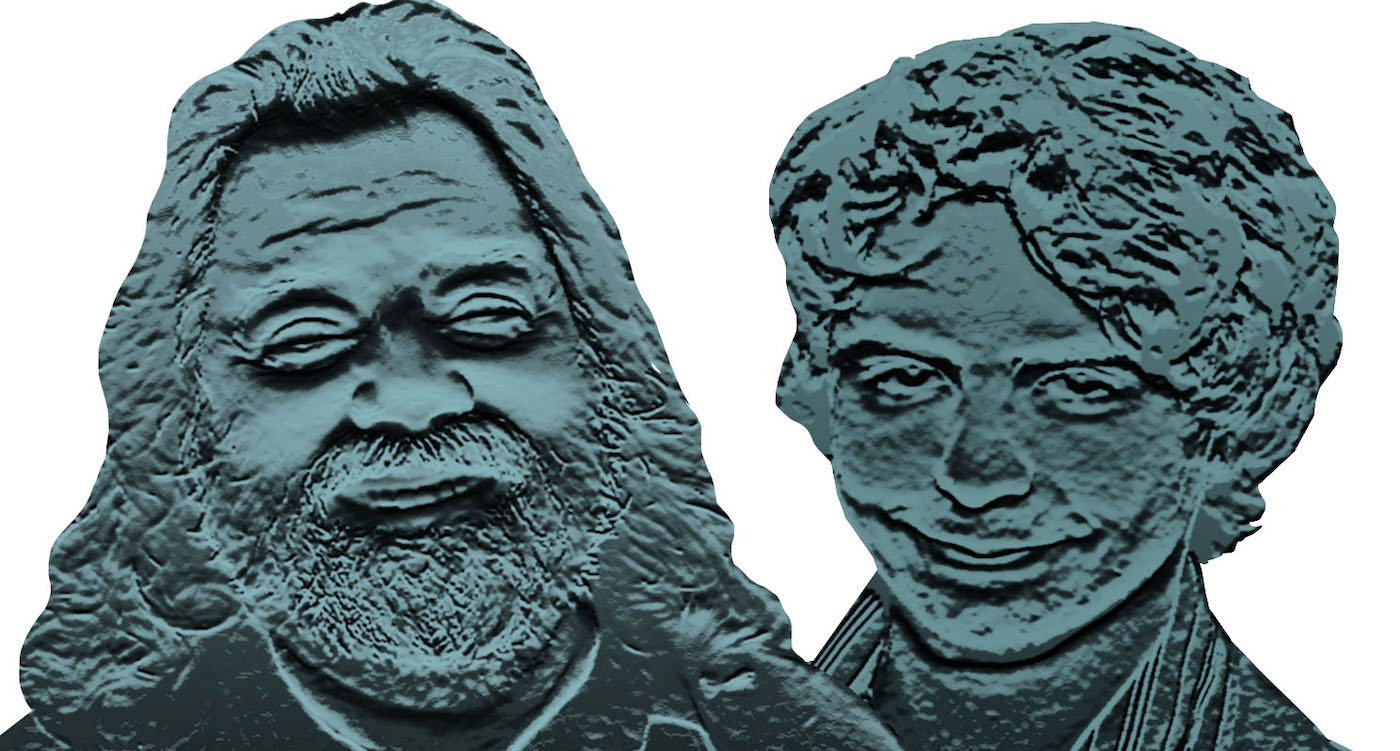 To look at these four musicians and their instruments, you might assume they're another garden-variety string quartet, about to guide you on a tasteful tour of Europe via its classical compositions. Which they can certainly do, and do as virtuosically as the next ensemble, but these guys will invariably take a detour through Appalachia. The special thing about invoke is the group's love of bluegrass and how its lively spirit and playfulness are essential to the way they approach every piece of music. They infuse their performances with such a down-home joyfulness that they can be playing Beethoven at the Blanton, and you'll feel like you're on a porch in the Blue Ridge Mountains.