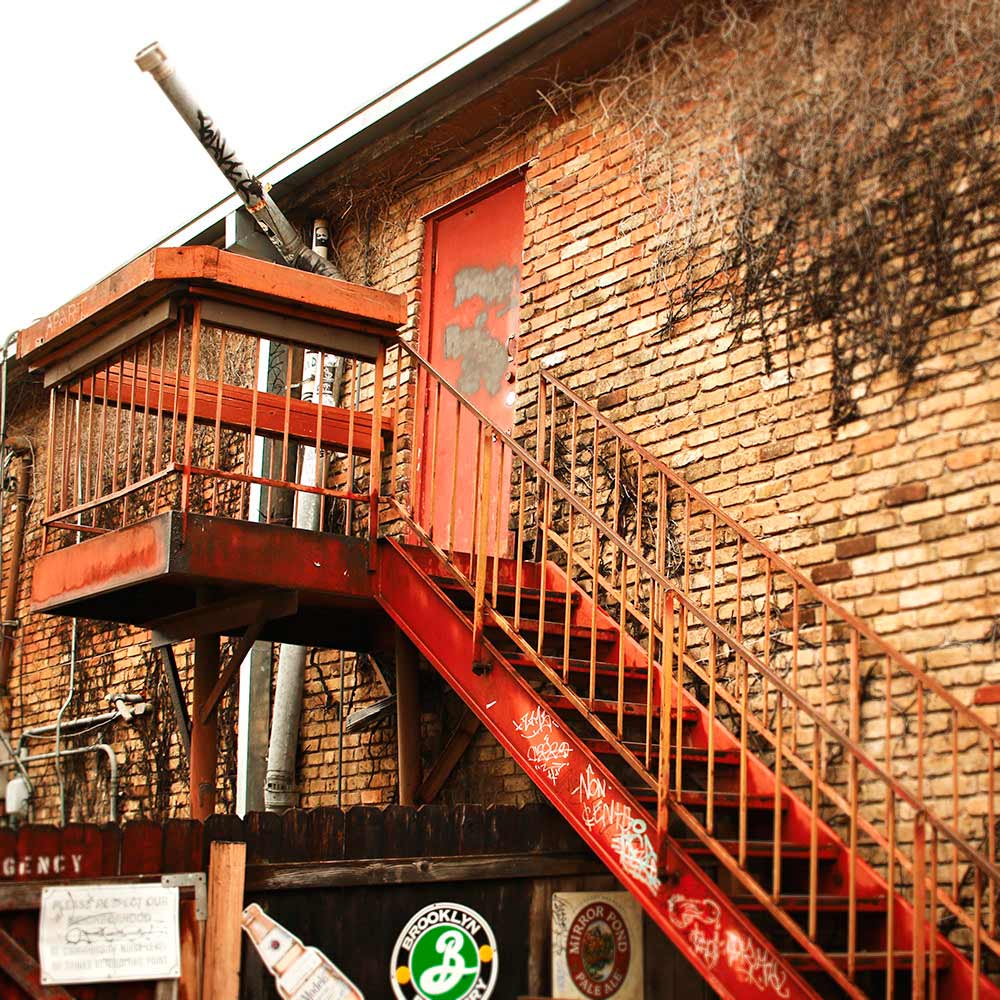 Yes, they’ve got cheap (strong) drinks, billiards, and a great jukebox, but there’s a high level of expertise covertly embedded in this charmingly divey bar above Burger Tex on Airport Blvd. There are not one but two metal staircases on which you can (and must) practice your balance and hone your stability skills. One leads up from the parking lot and into the very dark bar; the other leads down from the bartenders toward the outdoor back patio. Their namesake Bukowski poem reminds us: “... no matter how hard they tried, they just couldn’t find anybody exactly like you. And neither can I.”

No stranger to patios or tiki concepts, East Austin was ripe for a place like Kinda Tropical – a space that blurs the rigidity of upscale cocktail bars (and their price points) with the laid-back, low-down haunts we slackers know and love. By really putting that “kinda” to work, the one-time gas station, part-time convenience store has come up with the perfect concoction: a hip spot where we can still smoke cigarettes with abandon, afford the house drinks, and spend many a hazy summer night sipping chilled rosé or sake. 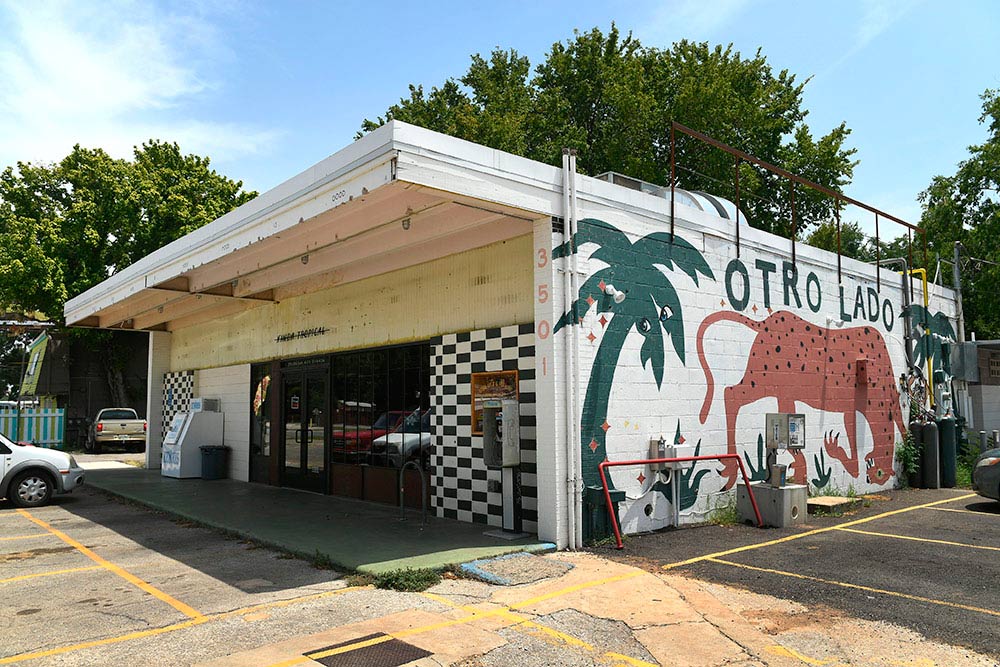 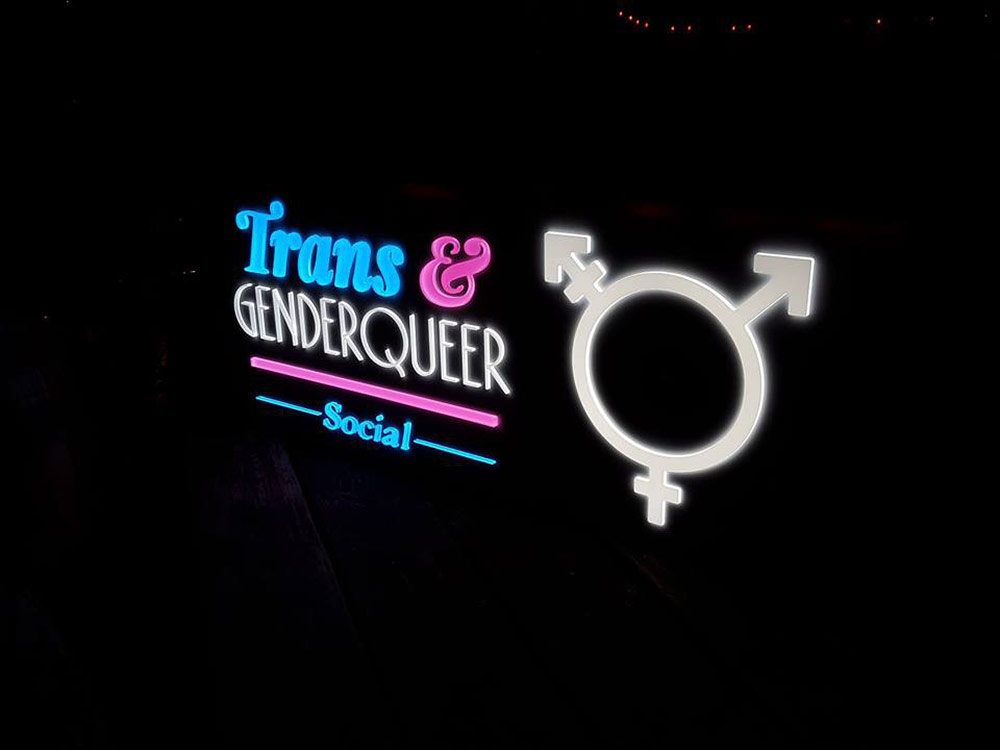 Austin’s qmmunity is no stranger to monthly LGBTQ meetups, but there’s only one dedicated to those who identify beyond the (cis)gender binary: the Trans and Genderqueer Social. Held every second Sunday of the month, TGQ takes over Butterfly Bar’s patio to create a space for gender-diverse folks to “find friends, get advice, and catch up on all of life’s twists and turns.” Plus, their friendly attitude toward newcomers (show up 30 minutes early and they’ll help ya ease into the party) helps keep the more introverted types from wandering into corners alone. Cheers, queers!

Best Team for Those in Pursuit of Trivia
Get It Gals

Overheard at a The Office-themed Get It Gals trivia night: "We drove from Houston to do this." If you've never seen people bring camping chairs to a bar to participate in a pub quiz, you haven't been to a GIG one. Not only have Jess and Kati spent countless hours putting together their wildly popular TV-themed trivia games, they somehow make time to create personalized quizzes for corporate events, bachelorette parties, and more. And these hostesses with the mostest make any trivia night a blast, whether there are three teams or 30. 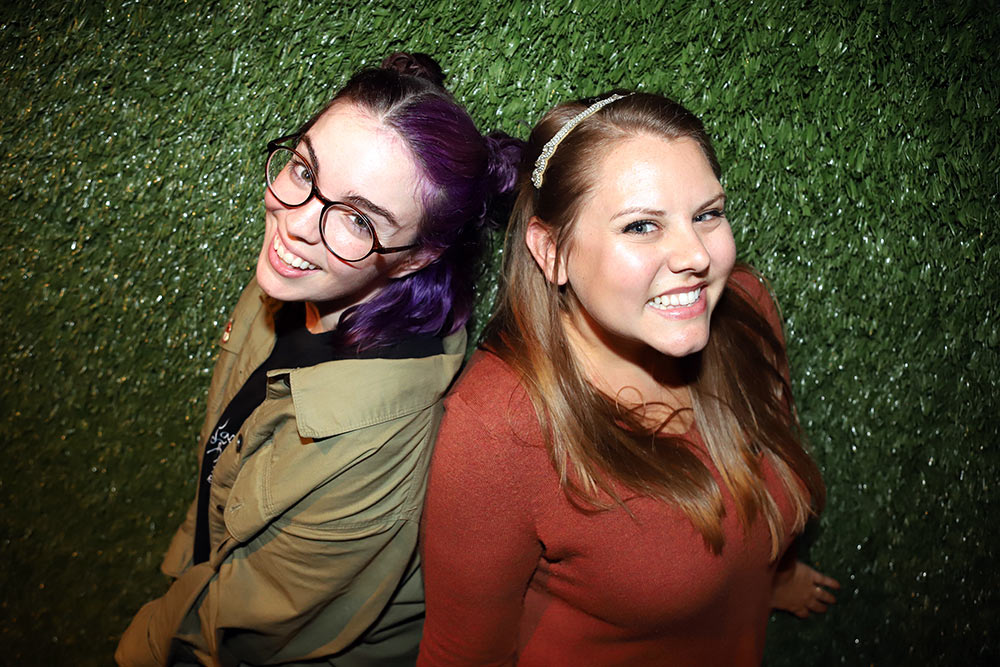 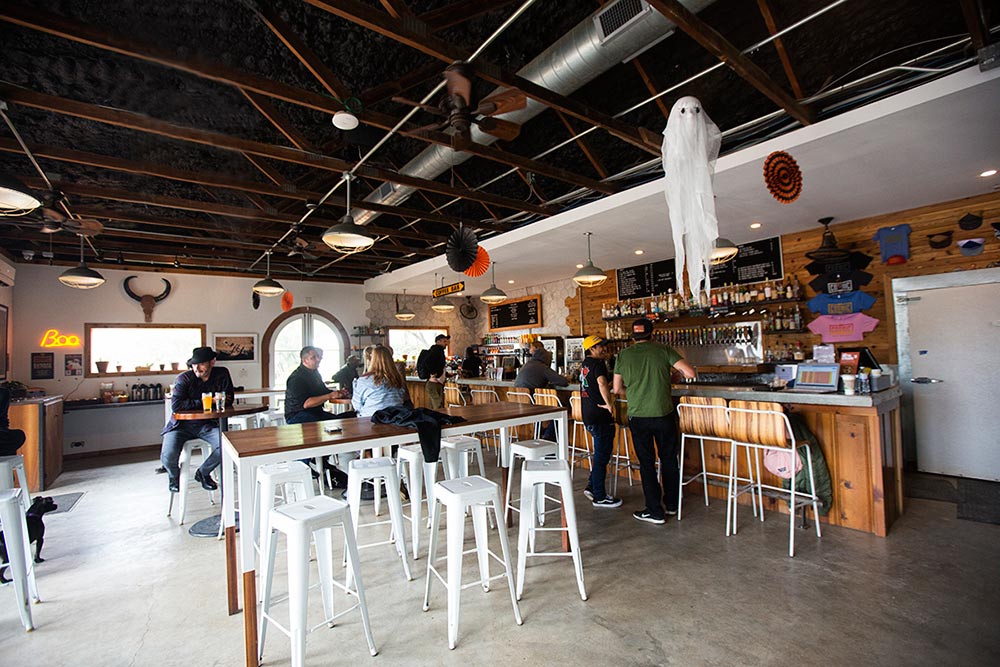 This extremely chill watering hole may be new to the neighborhood, but it feels like the very best of old Austin. There’s the spacious double patio (plentiful parking, too?!); the support of other local bootstrappers, from food trailers and musicians to ATX breweries on tap; and the mission statement to be a good neighbor to the 78704 and Mother Earth at large, borne out in a thoughtful ecosystem that includes a chicken coop, waterfall pond, and garden, the fruits of which are liable to end up in your v. tasty craft cocktail. To some, “drink responsibly” may sound like a nag. At Cosmic Coffee + Beer Garden, it’s a way of life.

So you wanna turn on, tune in, and drop out, but you're not totally ready to pack up and move to la playa for a full week without internet, cell service, etc. Cherry Cola Dog, the latest up-and-coming Austin arts space, promises the vibe without the commitment, hosting art parties that plug in to the oontz oontz oontz scene on a weekly basis. Plus, there's art to be seen, made, and bought, and a friendliness to the regulars that'll have you feeling like you've found your tribe, man. 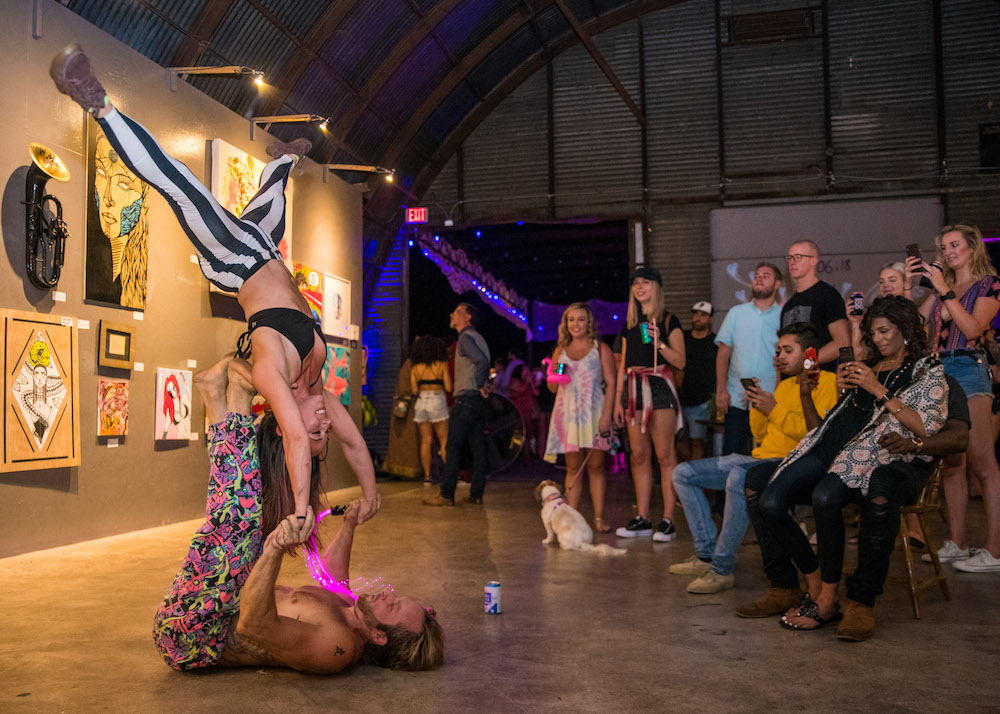 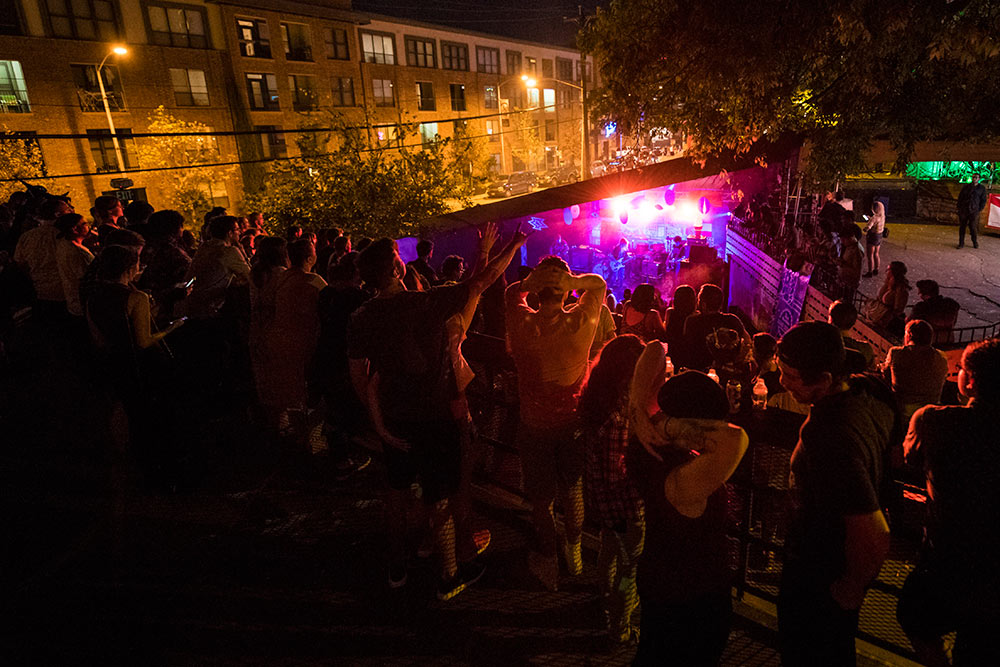 Maybe you’re too old to cram in front of the stage with the kids for Lil B, too afraid you’ll get swallowed by the circle pit while Power Trip plays, or perhaps you’re just lazy and want to lean on a rail. Post up on Mohawk’s triple-level balcony. The Red River staple’s mezzanine provides excellent sightlines, while giving the venue the feel of a small, blue-collar colosseum. It’s one of the best vantage points in Austin’s concert experience.

Sometimes you wanna go where you can hang with your friends in low places, which isn’t always easy when you’re crammed shoulder-to-shoulder waiting in line for the bar at a club in the big ol’ city. But in “way South” Austin, honky-tonk vibes and a laid-back atmosphere still coexist at Sam’s Town Point, a neighborhood bar/music venue that draws the talents of local alt.country acts as well as big-time legends with weekly events like Steel Monday. For now, they only sell beer and wine, but you can BYOL any night for a $10 setup. So grab some friends, throw some Jack in your bag, and head down south because, as Sam's reminds us, "friends are the best part of life." 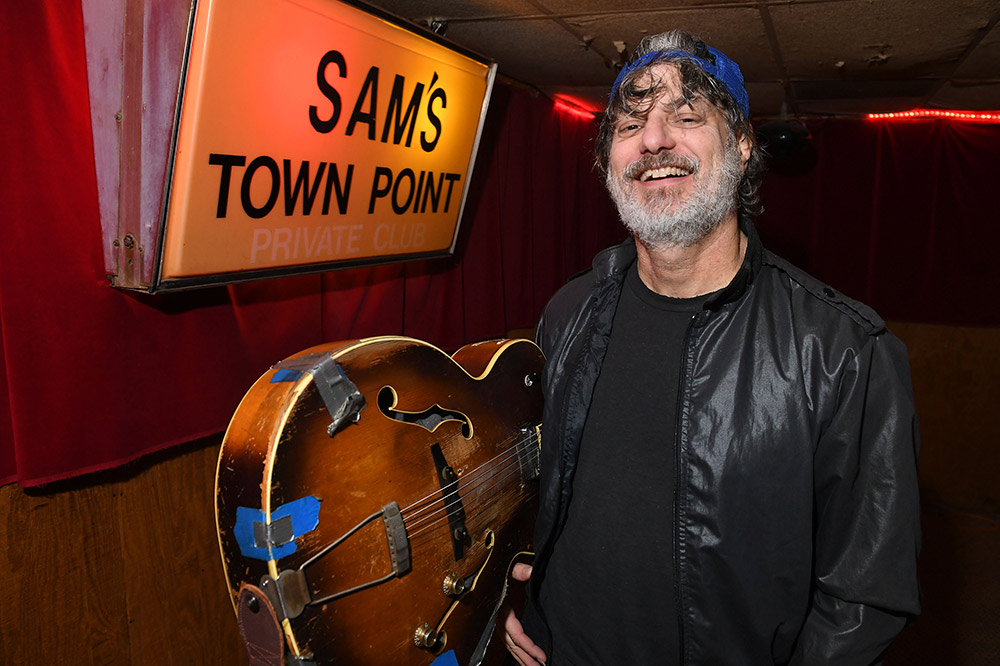 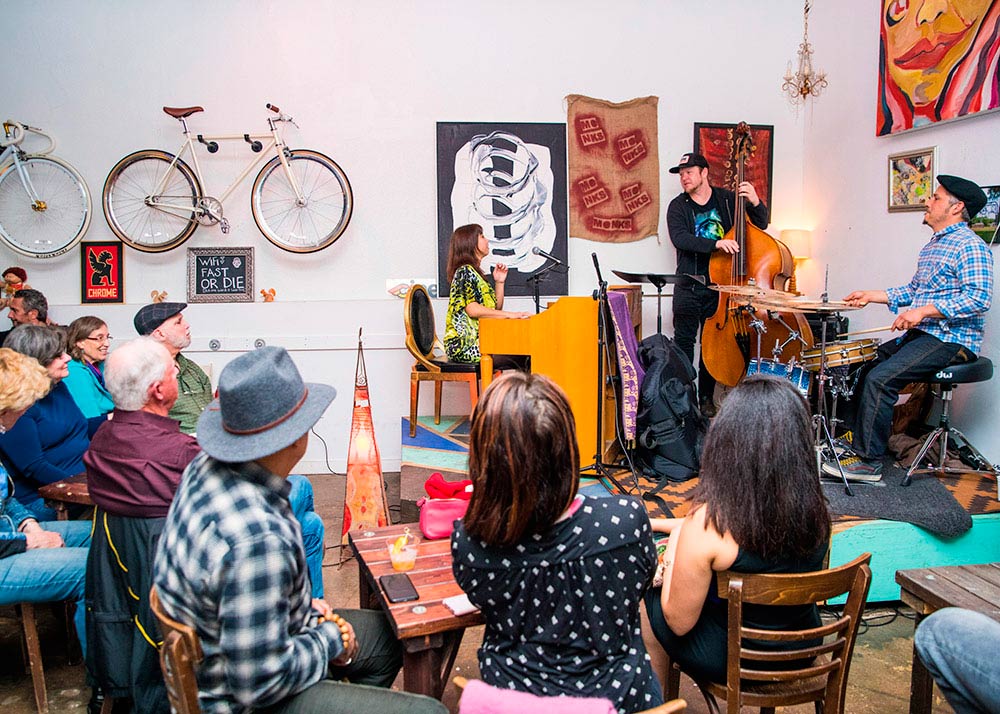 Monks is a listening room, minus the room. The roving pop-up jazz venue launched in 2016 in an East Sixth warehouse gallery and has inhabited several locales since, including Fast Folks Cyclery and Radio Milk Recording Company. Whatever space it occupies, Monks showcases world-class jazz from local, national, and international provenance. Founder Collin Shook begs audiences for full attention and zipped lips during performances. That fine-arts code of conduct combined with a laid-back environment has been a hit with fans as well as musicians in Austin’s burgeoning jazz scene.

As an artist and jewelry maker, we expect TK Tunchez to be a creative, but her eye for design extends far beyond the baubles she makes. As the mastermind behind Fuego, the monthly QTPOC dance-party-meets-market, Tunchez was one of the first to combine dance parties with artists’ markets. But what makes Fuego burn bright is its spotlight on the city’s brown, black, and queer artists, musicmakers, and community members who come out to support, kick back, and bask in such a carefully crafted space. Get ready for the qpocalypse, y’all! 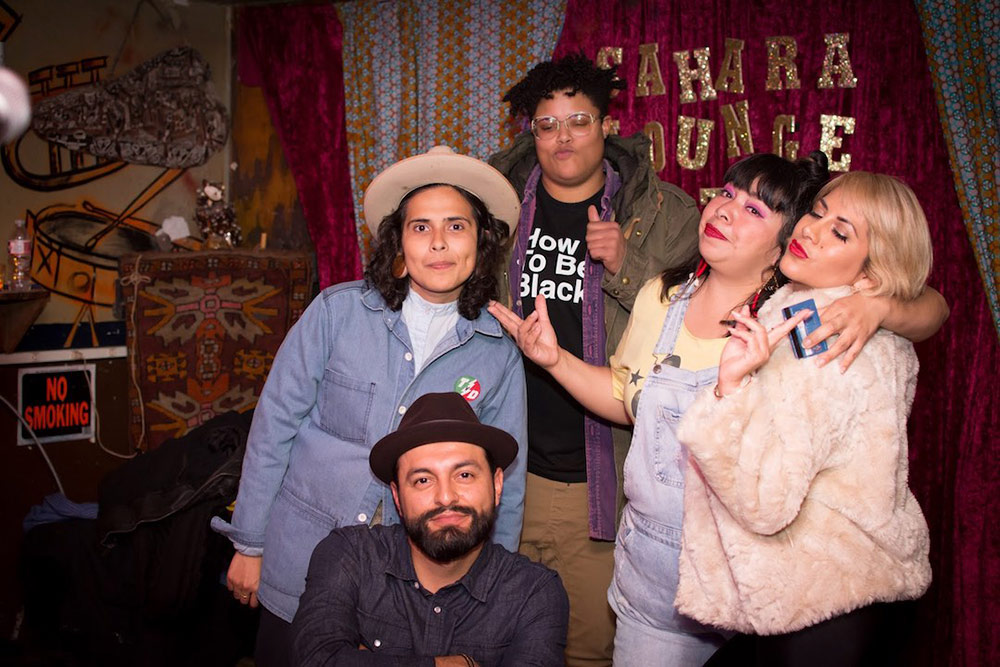 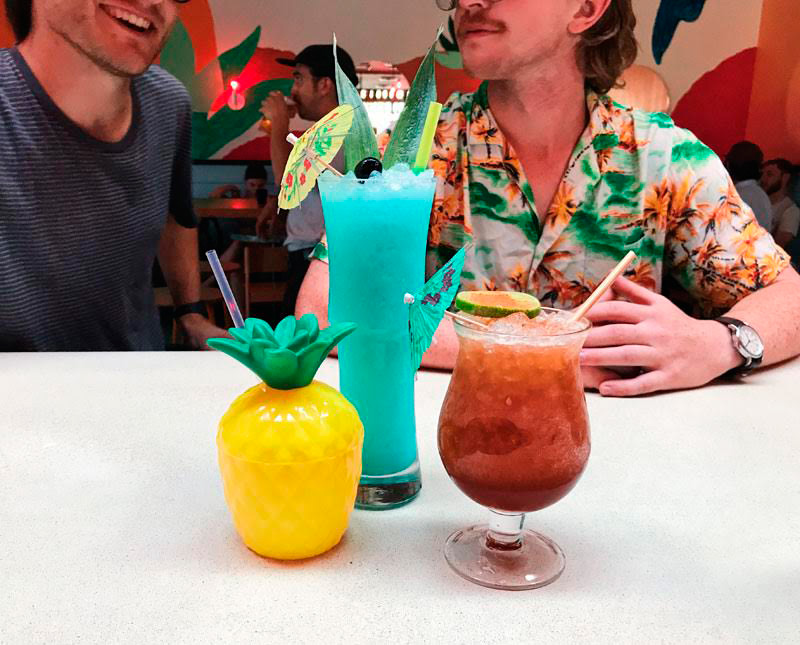 They had us at “booze” – in ALL CAPS at the top of the mind-boggling menu of cleverly named libations created by some of the best mixers in the biz. There are drink bowls – yes, bowls – that are great for groups, but if you’re on your own, belly up to the bar and sip a Spa Day With Bae or a Burnt Reynolds. Last Straw is a gorgeous haven from the hubbub of East Sixth, or as they say, a vacation by the hour. Give the Golden Girls a wink on your way out.

Step right up, dudes! To the decked-out tiki bar at Pool Burger, that is. Yet another culinary brainchild of McGuire Moorman Hospitality, the West Austin hangout slings Wagyu burgers, crinkle-cut fries, and froyo out of an Airstream trailer flanked by indoor and outdoor seating. Get pitted on a boozy hurricane before hitting up Deep Eddy pool, or pregame for round 2 at the eponymous cabaret upstairs (the shared liquor license means you can carry drinks to and from both establishments). At Pool Burger, it’s The Endless Summer all day, every day, and well into the night, man. 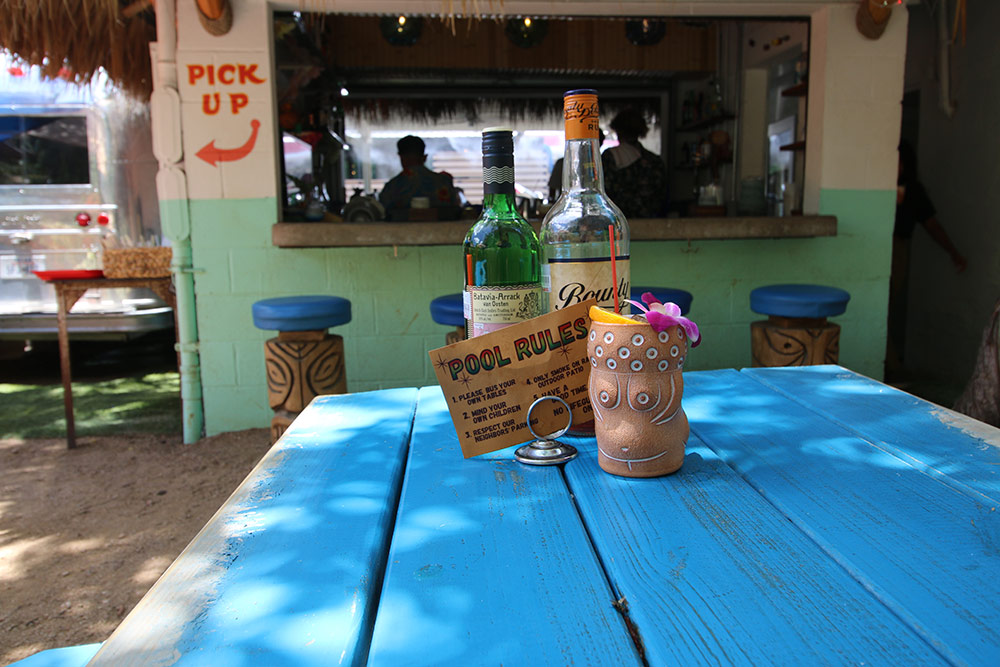 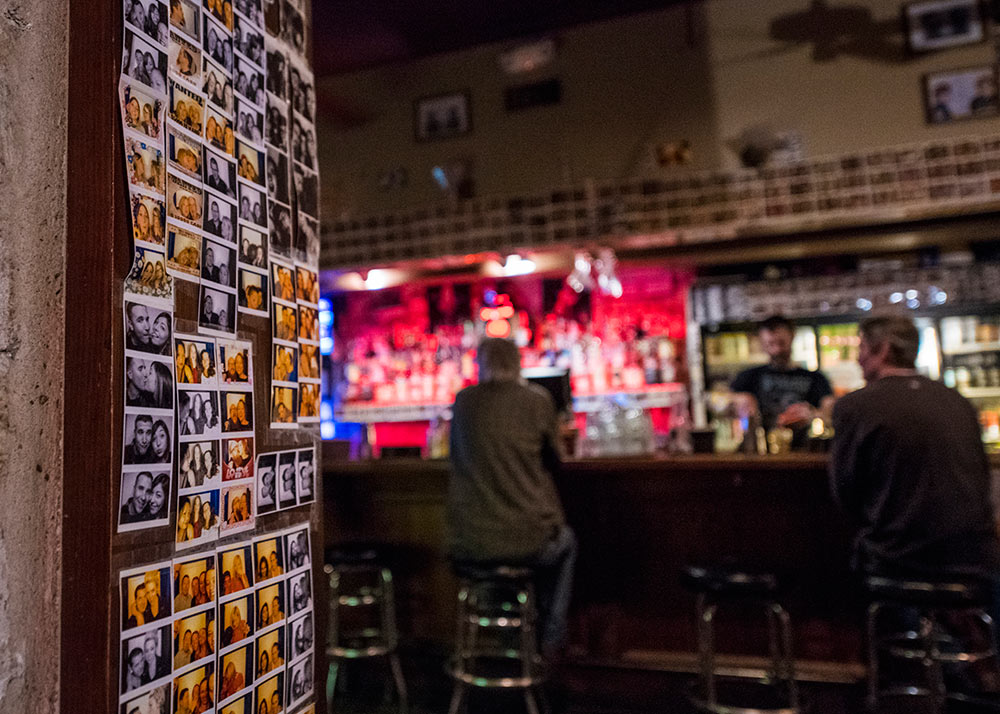 Located across from the ARCH and on the backside of Dirty Sixth, this dive bar might not look like much from the outside, but we think you'll find respite in its cool brick interior – and cheap drinks, too. The decor includes mug shots, of course, and also some tasteful photo booth nudes (look closely). If you're lucky, you might find yourself talking to one of the friendly bartenders about Orson Welles.

This unassuming spot in a strip center on Airport just may be one of Austin's best-kept secrets. On top of a great selection of caffeinated drinks and a full bar, Kick Butt hosts a killer lineup of local (and touring) punk bands as well as top-notch comedy talent, including the Altercation Comedy Festival. 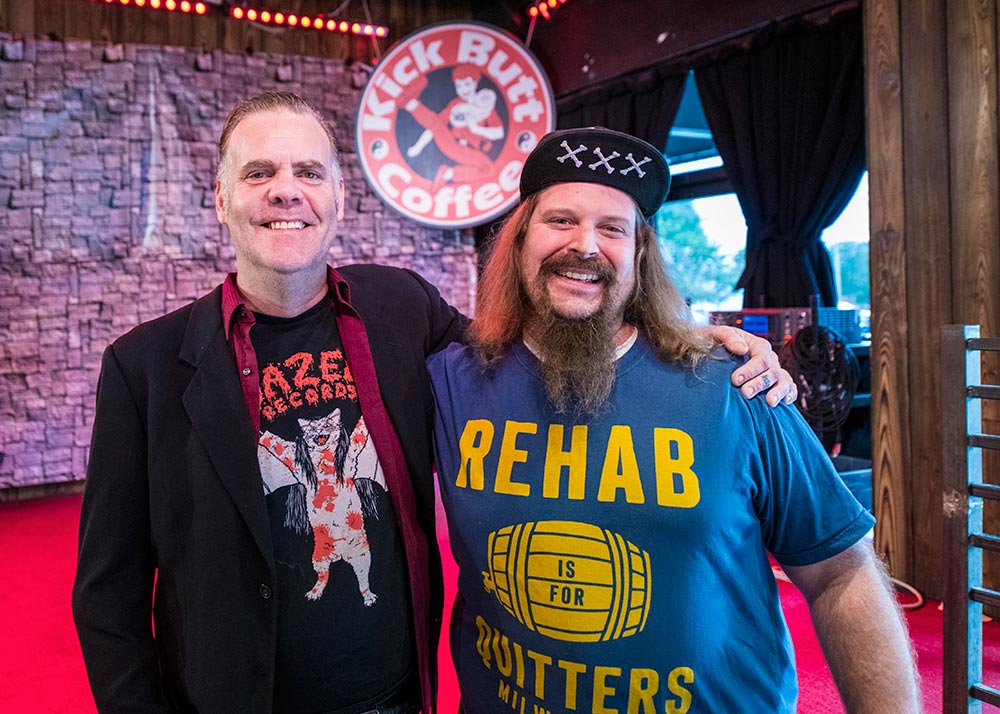 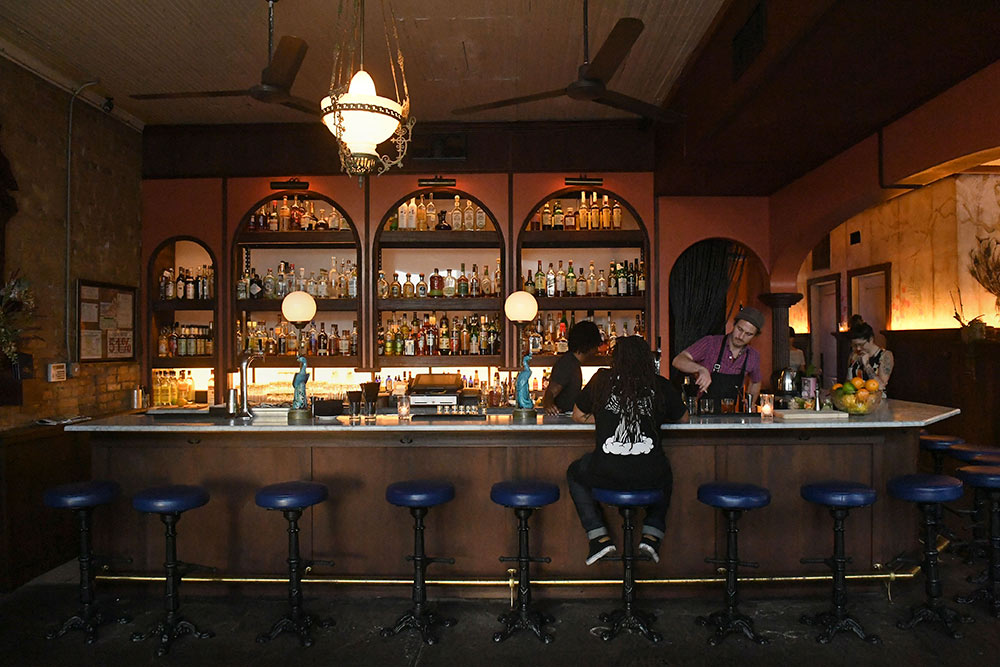 Best Way for the Loucher to Win
Ah Sing Den

The dictionary tells us that "louche" is "disreputable or sordid in a rakish or appealing way." If that's you at all, then you'll feel right at home among the comfortably decaying elegance and global miscellany of drinks and edibles in this East Sixth spot inspired by London's notorious opium den of times gone by. Bonus: New chef Jacqueline Agans has revamped the joint's somewhat scattershot menu, and, oh, the gyoza are like little bundles of heaven.