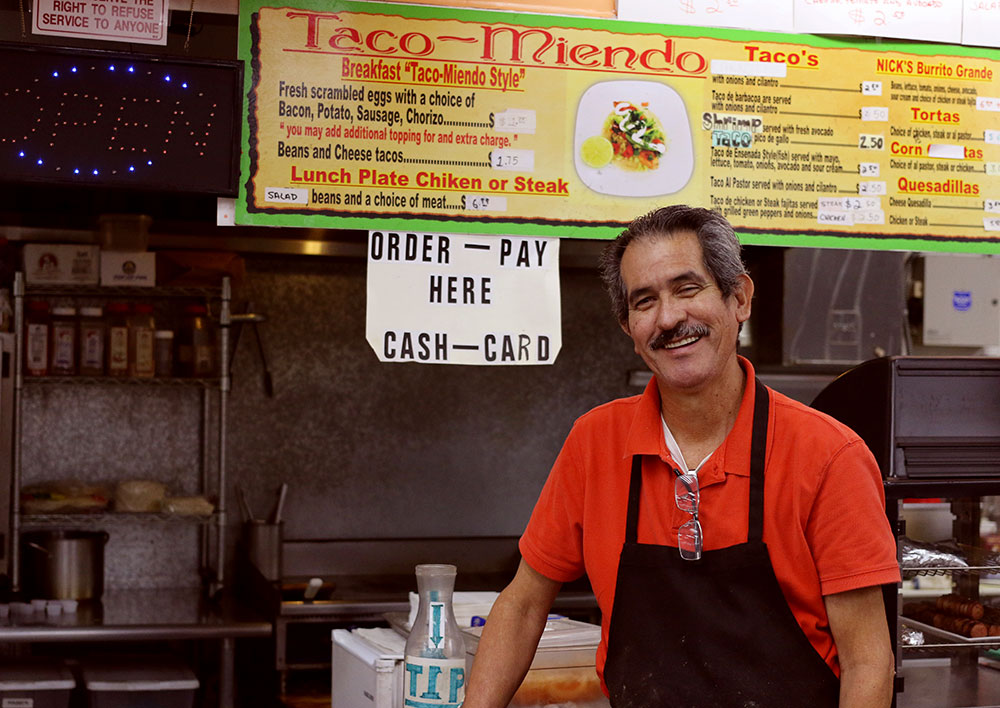 Usually, you should avoid gas station food at all costs. But if the station in question houses a small kitchen with just enough room for a cook and a cashier, you might find that they put out some of the best tacos in town. Taco-Miendo, tucked away in a Chevron on Parmer Lane, is one of those joints. Serving up a variety of tacos – including, of course, breakfast tacos – all on homemade corn tortillas, Taco-Miendo is a great place to stop in for a bite whether or not you need to fill up your tank.

I’ve got one hand on this biscuit sandwich, and the other one is giving a high five to co-owners Ryan McElroy and Brian Batch for opening up this Manor Road delight earlier this year. Perfecting a fluffy biscuit and then stuffing it with all sorts of tasty ingredients without it falling to pieces in your lap is no easy feat. Yet here we are, with options like the Lovely Day, with house-made chicken sausage, an organic over-medium egg, cheddar, and basil pesto. And fear not: There’s street parking so you don’t have to walk too far too early. James Beard award nominee Bryce Gilmore ensures diners receive double the fun with his newest eatery's daily happy hours (that's right, plural). Sunday through Thursday from 2-6pm, snag $3 Texas drafts like Lone Pint's Yellow Rose, $6 draft cocktails, and half-off select menu items. For those looking to pregame their morning meetings (we'll leave that up to you to decide), weekdays from 7-9am flip HH on its head with half-off mimosas and mimosa carafes, plus $3 Texas cans. Bring the pup, chill at the picnic tables, or indulge in some oversized lawn games. Whatever you choose, there are no sour deals around here.

If we were to fall into some sort of small fortune from a Trump brand steaks™ civil lawsuit or whatever and decided to open up our own quality brewpub in our parents basement, we would replicate what Oddwood Ales has done precisely. In a perfect world of chill mode, Oddwood has vibed everything down to a winning formula of spectacular wild ales, hoppy pale ales, free video games, and pizza, with a healthy nod to the guiding philosophy that drinking around a shitload of wood makes everyone feel like a billionaire snowbird. Cheers to that, Oddwood, and your super meta wolf-wearing-a-wolf-shirt shirt, too. 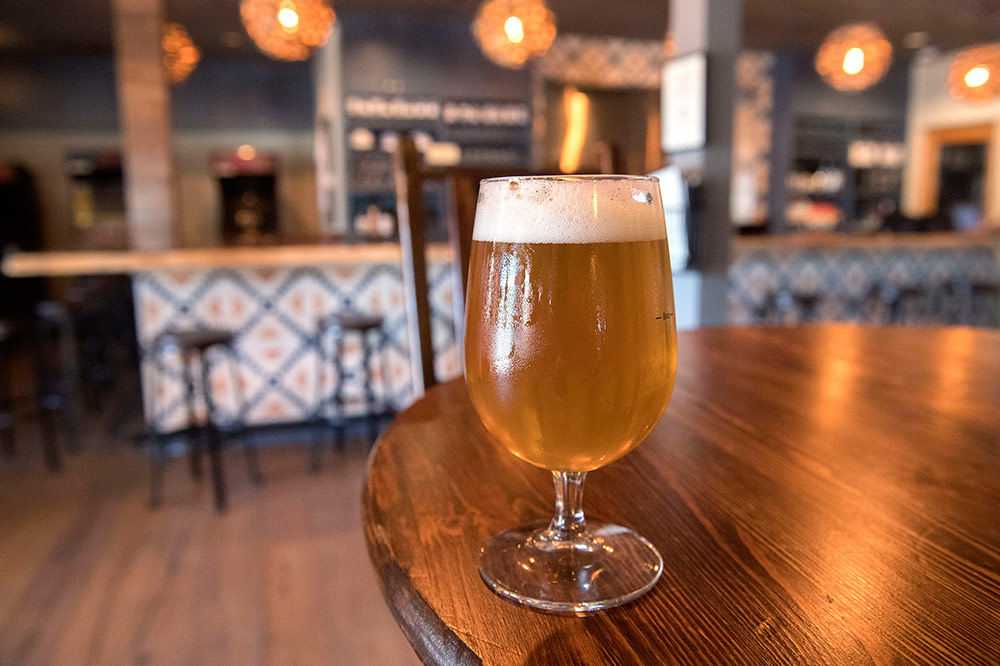 Schmear is a delightful word, both noun and verb, and, with Rosen’s delicious variety of options, liberally schmearing schmear onto your choice of ring-shaped treat is rife with possibility. Try basil and lemon schmear on a poppy seed bagel. Caramelized shallot & bacon on rosemary sea salt. Plain on everything. Toast it, or don’t. Go sweet, savory, or salty. Have fun with it, whether ordering a bagel or bagel-based treat for breakfast, lunch, a snack, or even dinner. Rosen’s keeps it classic (no cinnamon raisin!) and keeps the classics interesting.

For Ciudad Juarez natives Leo Mendoza and David Martinez, the churro means home, and that's exactly what they serve up at their food truck and its cozy attached lot on South First. But the guys don't keep it too traditional. You can get your churros served with apple pie, rum pecan sauce, espresso whipped cream, or a number of other tasty surprises. (Try their floats or Mexican iced chocolate while you're at it!) 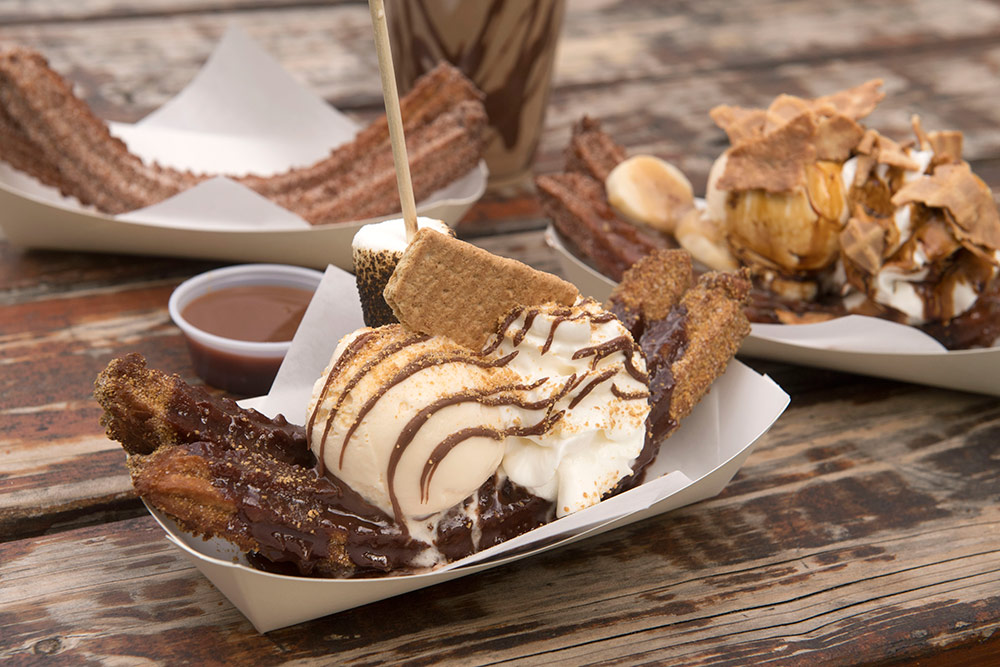 The new central location of the Austin Public Library has received its fair share of fanfare, and deservedly so, but don’t overlook the genius – and delicious! – cafe affixed. Of course, the library cafe menu comes with citations. Featuring a menu curated from cookbooks you can check out on-location, the spot serves up tasty offerings and clever cocktails (Murder on the Orient Espresso!) in a bibliophile's dream setting – surrounded, naturally, by books.

Most every brewhouse around the country right now is brewing the pillowy, soft-focus feature known as the New England IPA, but only a few of them are made very well outside of the Northeast. It’s that fresh haaarbahh waaaahtahh, youse guys. But here in Austin, this delightfully tasty little agent of God made by the city’s most underrated brewery is perhaps the most worthy version of it in nifty canned form. Third Space’s hazy blend of mosaic, chinook, and nugget hops originally brewed for Zilker’s third anniversary should be a permanent fixture in the beer fridge, youse guys. 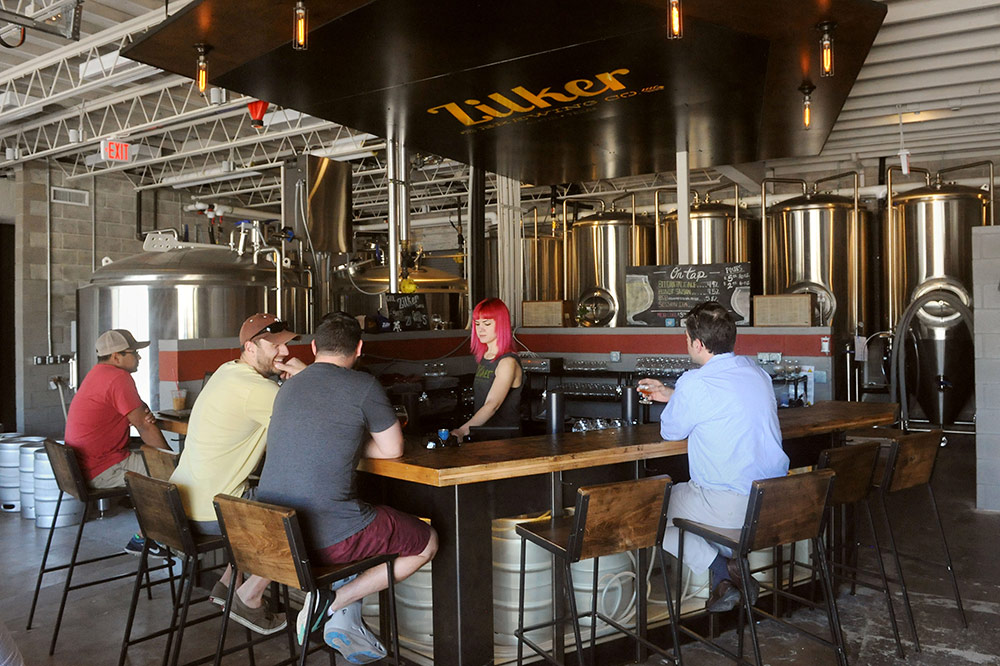 Since opening its doors in mid-2017, this Jewish-style deli has filled the gap in Austin's Jewish foodie community left by the 2010 closing of historic Katz’s Deli. Though their house-made bagels and savory schmears threaten to steal the show, it’s Biderman's New York-style Reuben sandwich that keeps hungry Austinites coming back for more. Packed with hot corned beef, creamy Swiss cheese, Russian dressing, and generous amounts of tart sauerkraut, this towering sandwich is the most authentic Reuben experience one will find this side of the Mason-Dixon line.

Best Elotes in a Cup
Suerte

Meeting the sweet corn esquites con gouda at Suerte is right up there with a great first kiss or, you know, winning the flavor lottery. From Sam Hellman-Mass, a founding partner of Barley Swine and Odd Duck, and executive chef Fermín Núñez, this Oaxacan-inspired restaurant honors ancient cuisines and techniques with Central Texas ingredients. Suerte’s twist on a Mexican street food favorite – off-the-cob elotes – is served hot in a beautiful glass filled with grilled sweet corn, pulpy lime bits, a rotating cheese selection, and crispy heirloom corn tortillas crafted from house-made masa. And it pairs perfectly with their Don Dario margaritas, both boasting a six-finger discount during "lucky hour." This is a festival that celebrates the miracle of making good beer in Texas, because everyone by now knows how terrible of an endeavor it is to pull off such a thing with all of those repellent distribution laws and building codes set in place to help Lone Star breweries fail. It's a real underdog story. Hosted by the Texas Craft Brewers Guild, this 15-year-old beer party showcases the state’s insane range of brewing talent and creativeness, from the cleanest of pilsners, to the dankest of IPAs, to the pastry-est of stouts (some of these breweries might actually want to be bakeries), this festival is a real proud moment for the city (and state) every year.

Best Liquid to Put Out Your Mouth Fire
La Orxateria

You’ve attacked a ghost pepper taco and it hit back. Hard. Now soothe your peeling tongue with this drink from the gods. A departure from the more common rice-based Mexican horchata available around town, La Orxateria serves up traditional Spanish Catalonia-style orxata made with chufa roots (aka tiger nuts, a trending "superfood"). Stick with the original, or mix it up with cold-brew coffee (Cafexata), coconut milk (Cocoxata), Chaixata (Yaupon Chai), and matcha (Matchaxata). In the mood for something fruitier? Try the sublime Amor de Flor, a hibiscus and lavender agua fresca. 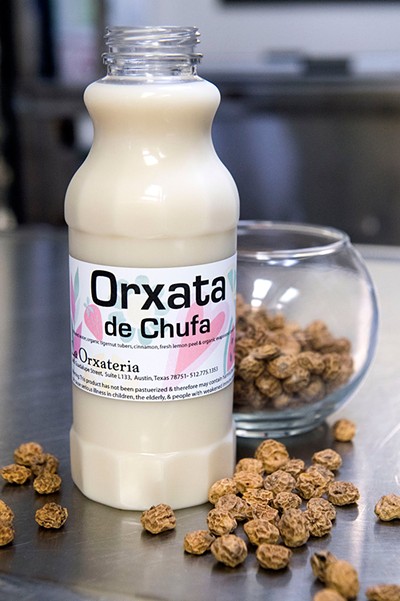 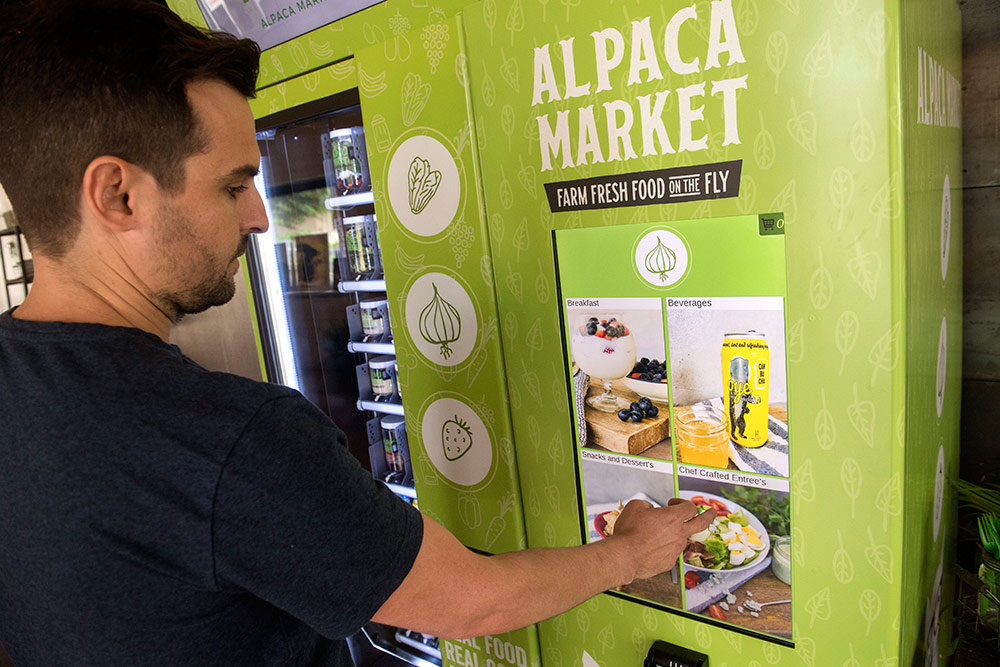 Vending machines aren't just for empty calories and sugar-loaded snacks anymore. Not these vending machines, anyway. Alpaca Market, which has a surprisingly swanky kitchen and cafe on the Eastside, packs their machines with wholesome goodness made fresh daily. We're talking salads so hearty that the vegan in the office next door will be impressed. With a dozen locations in office buildings, fitness centers, and upscale apartments all over Austin, you're never far from a giant Beauty Bowl in a jar or a perfectly portioned serving of chocado mousse.

Any Austin vegan worth their salt has crammed an Arlo's burger in their face after a regrettable night on Dirty Sixth. But 2018 newcomer Plow Burger seriously brought game to the Austin plant-based burger scene. Located at Buzz Mill, the food truck is pumping out sustenance that even omnis can get behind. That goes for the regular and campfire burgers as well as rotating specials like donut burgers, gyros, and Cuban sandwiches.