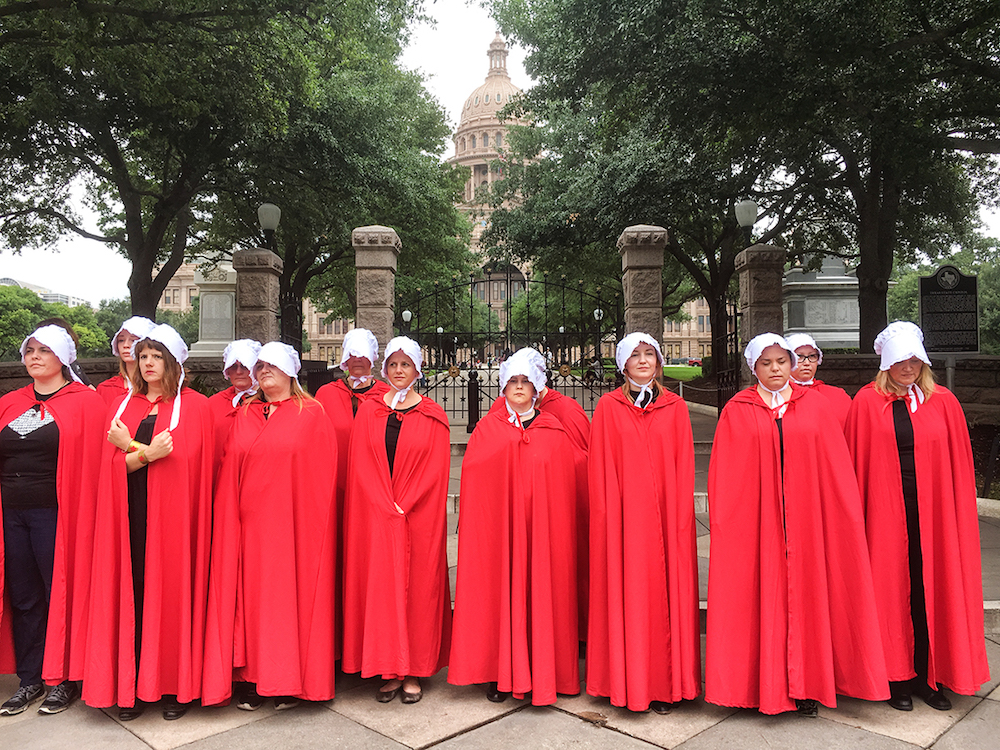 Most Creative Acts of Resistance

In the age of Trump, the resistance is not just strong but damn creative. In July, more than a dozen teenage girls celebrating their Quinceañera showed up to the Capitol in colorful ball gowns and dancing shoes, but they didn’t come to party – they came to protest. Organized by Latino-powered activist group Jolt, the inventive approach to resistance against anti-immigrant policies including Senate Bill 4 garnered national attention. And they weren’t the only ones that made headlines for clever rebellion. If you were anywhere near the Capitol during anti-choice bill protests this legislative session you couldn’t miss the stream of flowing red robes and white bonnets – a nod to Margaret Atwood’s The Handmaid’s Tale, a dystopian vision of a world in which men control women’s reproductive rights. With imaginative acts of resistance like these over the next four years, we can at least be proud to protest.