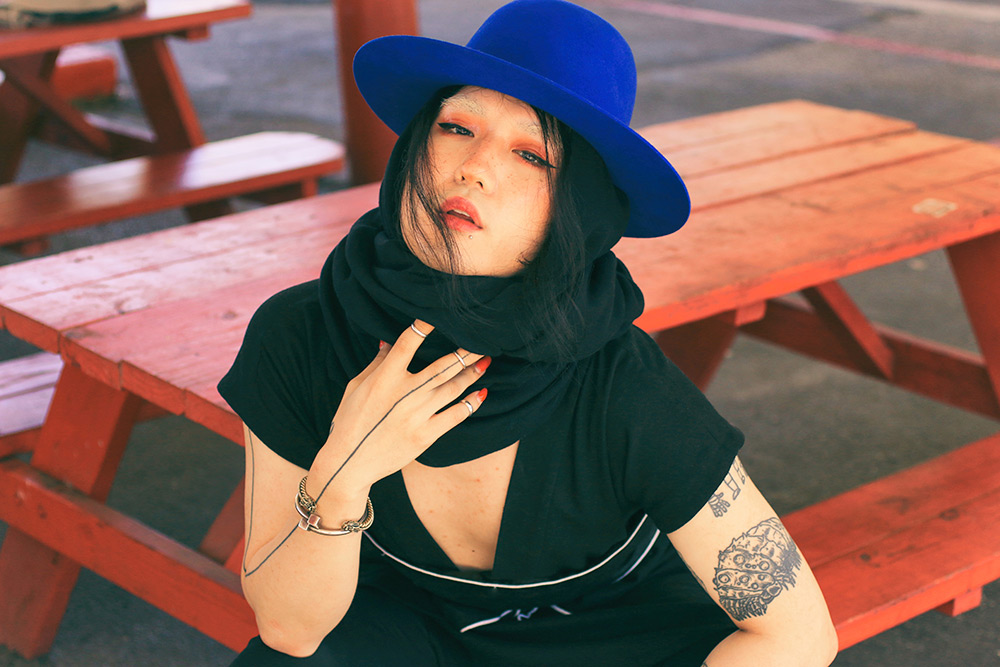 Best Style Inspo for a No-FOMO Night Out
Kaidon Ho

Kaidon Ho styles herself and others in outfits that will have you looking at the clothes you already own in a brand-new way and considering purchases you never knew you needed. Her creative, built-up silhouettes can be re-created by mixing pieces found in most wardrobes, and, wow, you’ve underestimated the versatility of a cowboy hat for too long already. Scroll through her Instagram feed and stop waffling over whether or not to go out – you do have something to wear.

Is your evening in need of a hard reboot? If you can gain access to this seeming "computer store," you’ll find a speakeasy worthy of a bootlegger. Requiring a code that you’ll either have to steal from someone leaving or find through internet sleuthing, once you gain entrance to this bar you’ll find nary a floppy disk. Instead, the Red-Headed Stepchild awaits, the shadow twin to Repair Co. Boasting cleverly named drinks, and the special allure of light rum-infused milk with shots of cereal, this speakeasy takes a strange mash of influences and makes them the creepiest of cools. 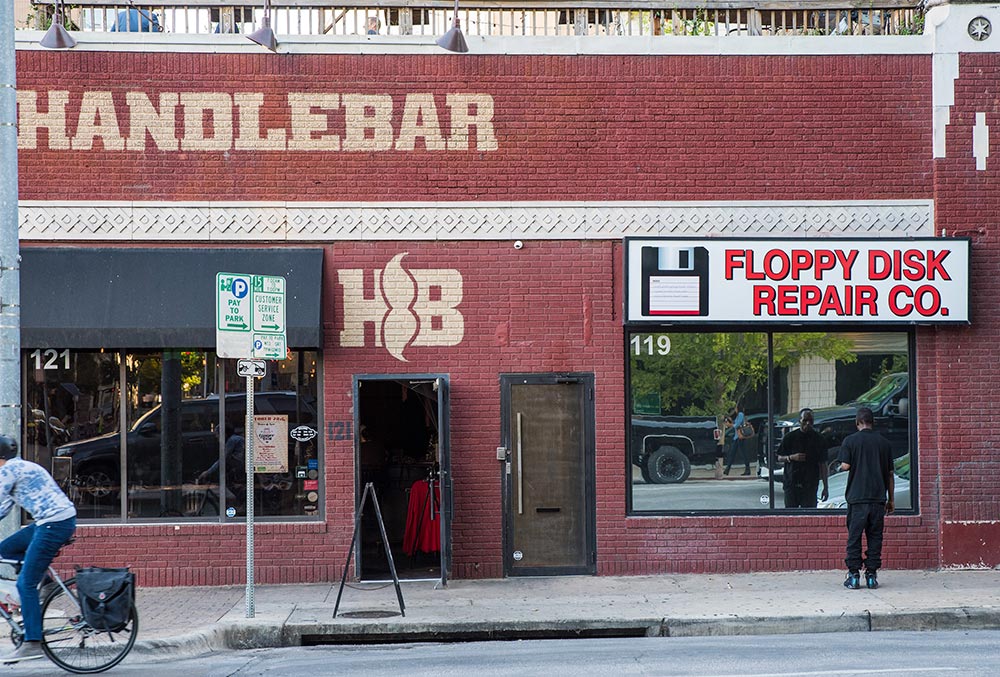 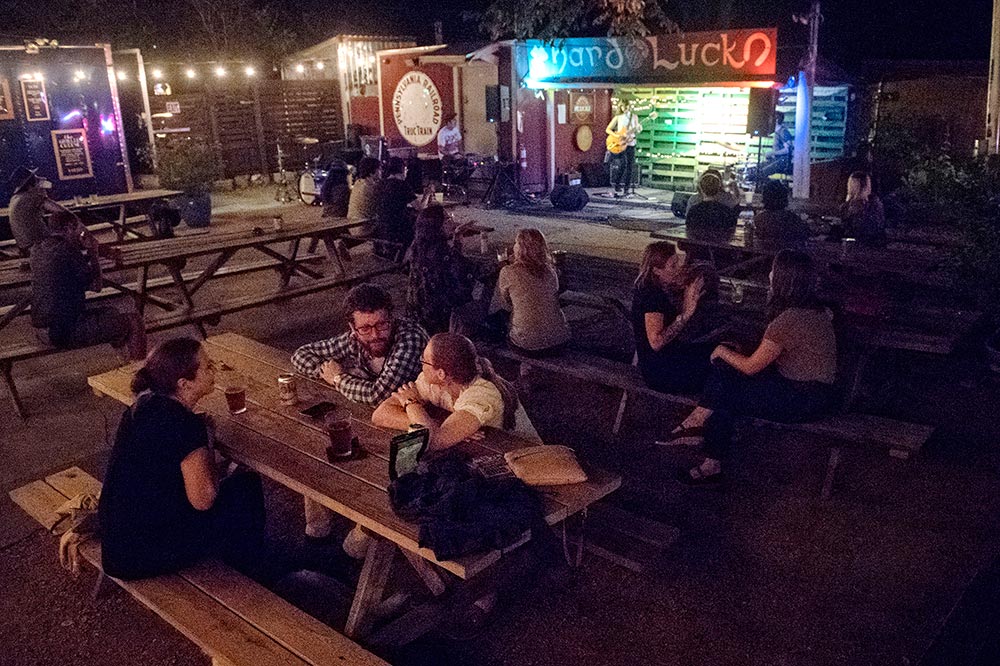 When the White Horse opened in 2011, the Eastside dance hall swiftly evolved into a central clubhouse for Austin’s singer-songwriter, country, folk, and honky-tonk communities. Word gets around fast, and once the White Horse vaulted onto every when-in-Austin bucket list for tourists, the best songwriters in town moved their hang to sister business the Hard Luck Lounge, opened in 2015 by White Horse co-founders Denis O’Donnell and Marshall Mchone. The tiny bar with a big backyard is now a crucial spot to see Austin’s up-and-coming songsters nightly – either performing or drinking ’til 2am.

Whether it's the BYOB policy, or the DJs' bumping playlists, the twice-weekly Adult Night at Austin Roller Rink makes those awkward adolescent memories of your birthday skate parties seem a little less cringeworthy. Now that you’re of legal age and an adult with stressful responsibilities/unresolved teen angst/etc., celebrate making it through hump day or sweat out those Sunday-night-existential-crisis feels with a set of quad skates and a cold one. Officially launched in December 2014, the collective is an outfit of all-female, vinyl-only DJs, identifying with nationalities and cultures including Latina, Tejana, and Chicana. Currently spread out in seven chapters in California and Texas, these crate-digging women run the gamut of genres, never focusing on any specific sound. With each spin, these proud and prominent women continue to carve out artistic spaces for the preservation of musical and cultural roots. 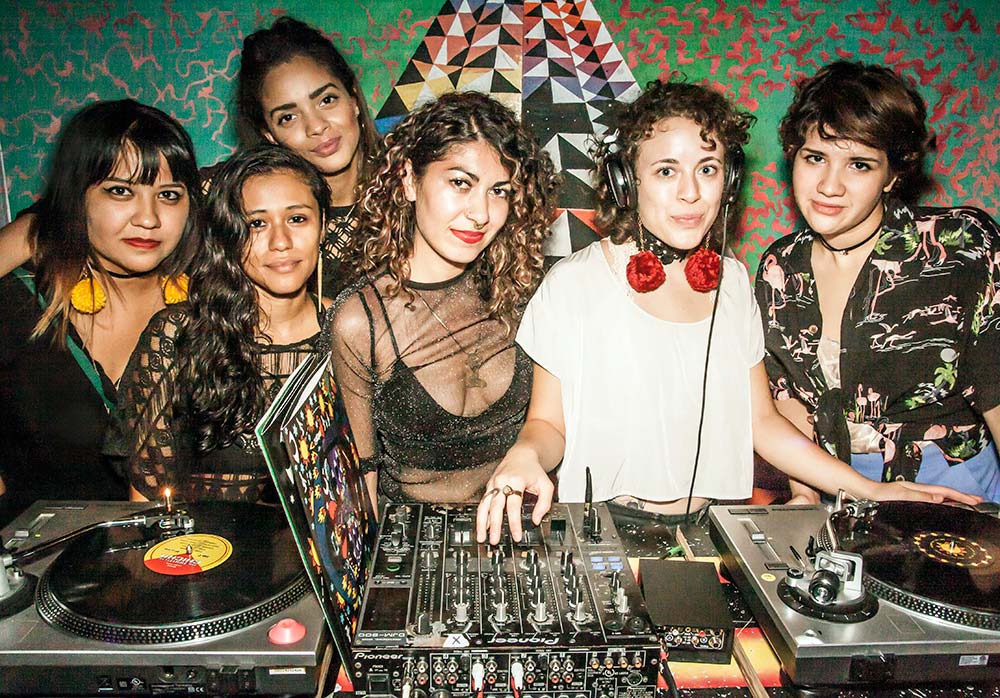 Leave it to the incomparable Callie Speer and her team at this Downtown punk rock diner to create a drink list so inclusive you might choose a defiantly booze-free frozen lemonade over your go-to bev. Bar manager Jen Keyser’s menu also includes four mocktail choices – Spicy, Sweet, Citrus, and Energy – plus delicious herbal shrub sodas to sip under the watchful eye of King Iggy Pop himself. Staying sober just got a whole lot tastier.

We’ve all been there: It’s 2am, and suddenly, in the heat of the moment, your crew feels the need to belt out some Beyoncé. But the bars are all closed! Well, don’t stop believin’: Hi Tunes is open ’til 5am all weekend. BYOB to clean, cool rooms with proper lighting and sound. Tambourines and sanitary microphone covers included. Come to East Austin's newest watering hole for the daily dose of humor. Stay for the impressive beer-and-a-shot specials. Or the frozen Irish coffees. Or the rye whiskey flights. Or the coney dogs …. Once we're perched at Nickel City's historic oak bar, it's pretty hard to find a reason to leave.

Pere Ubu for five bucks at Beerland??!! Yep, that happened – and allll thanks to the programmers of Austin Jukebox, who curate these quarterly lineups featuring artists of different genres (including at least one out-of-towner) that they want to see, and you should too. Ask the nearest queer person where the best lesbian bar is in Austin, and you'll get a seemingly endless stream of "R.I.P." statements about days gone by. Enter Where the Girls Go, a collective of queer promoters and DJs who, two years ago, started the roving Guerrilla Queer Bar, a "trans-positive, all-gender-inclusive, anti-isms/ists, pro-makeout affair" that swoops in on different bars all over town. The vibe is always chill, and the pop-up nature keeps anything from getting too clique-ish. Think of it as a once-a-month rowboat ride under a sparkling willow tree. Go on. Kiss the girl.

During the day, this carnival-inspired bar is strictly G-rated, where kids and their adult tenders can toss beanbags and slurp house-made sodas. But it’s at night, when they shave the ’rel off the door sign to become a Bar O’ Fun, that we most love this cozy space on the ground floor of the new Alamo Drafthouse Mueller. No matter the name, fun is fun, whether you’re showing off your smarts at the regular trivia nights, sussing out subtext at Queer Film Theory 101, or sipping a vodka cherry-lime rickey in the retro-cool Tilt-a-Whirl booths. 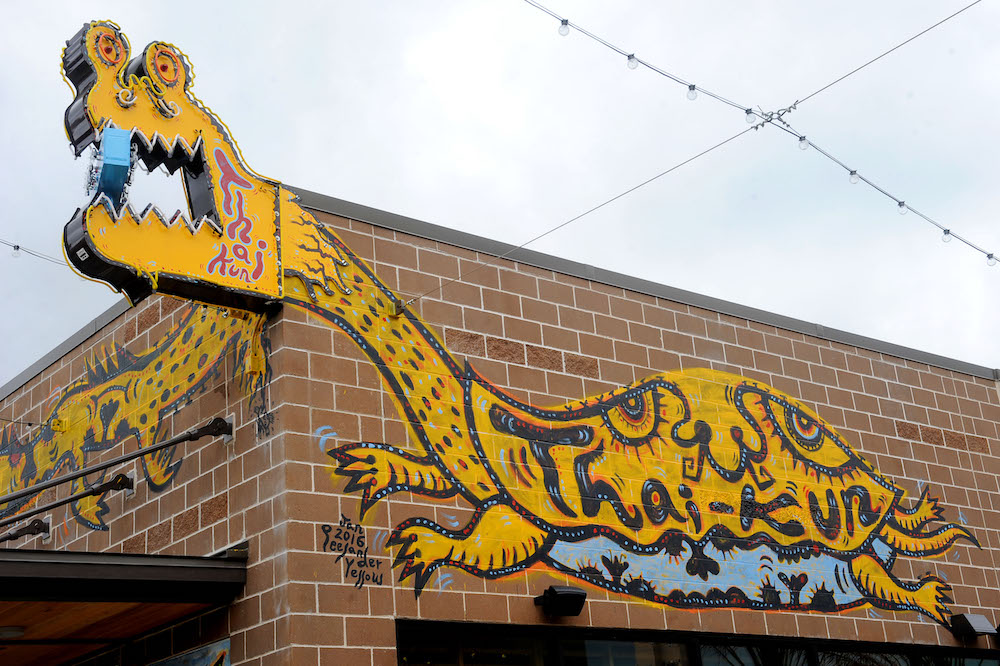 Remember when the Domain promised it would be a second Downtown? Well, Rock Rose at Domain NORTHSIDE fulfills that promise as North Austin's nightlife hub, boasting two dozen restaurants and bars. Upmarket shopping in the day sets you up for informal fine dining at Bazille, fun and games at the bubbling Yard House, and heavy grooves on the Rose Room's top deck. If you yearn for the OG Downtown experience, there's a branch of the Lavaca St. Bar and fusion cooking institution Thai Kun. Plus, unlike the original Downtown, the parking is free and plentiful.

Down past Dirty, where West Sixth gets dark and quiet, is a plum-colored bungalow that’s just the right amount of fancy. Provocatively named cocktails pair perfectly with cheese plates and panna cotta, but their late-night vibe – complete with evergreen fake grass, candlelight, and lounge-worthy patio furniture – makes this spot ideal for making out. That, or for a spontaneous 11pm cornmeal funnel cake topped with seared foie gras, which is its own kind of love connection. The best date nights unfurl in three acts: Dinner. Entertainment. Drinks. At the Vortex compound, you can knock out all three without ever moving your car. Beloved on-site food trailer Patrizi’s will have you stealing bites from your sweetheart’s plate of cacio e pepe. Mere steps away, settle in at the tiny but potent Vortex Theatre for a typically first-class performance – and prime opportunity to hold hands in the dark. Then it’s back out to the Butterfly Bar’s seductively lit patio for a cocktail or cooling sangria, the stage perfectly set for that eternal late-night question: Your place or mine?