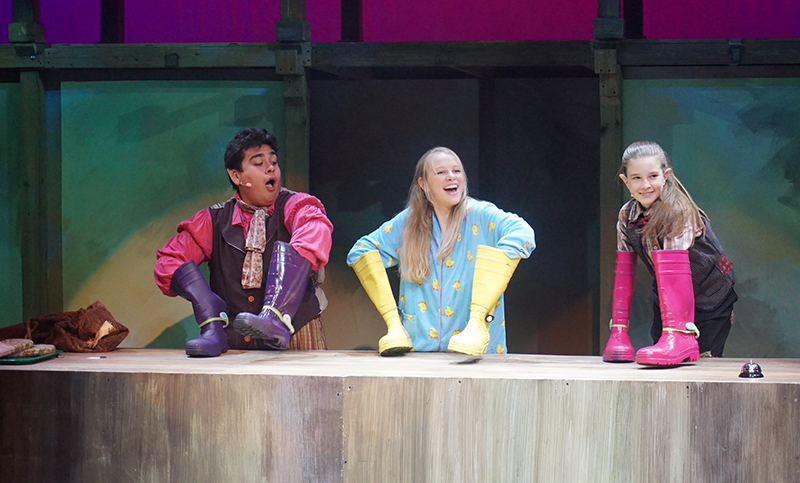 Wondering what Buford Biscuit and Tiny Scarecrow have been up to since the Emmy-winning series The Biscuit Brothers stopped production? They've turned to the stage and become the Rodgers & Hammerstein for the family theatre set. Allen Robertson (aka Buford) and Damon Brown (Tiny's "executive assistant") have been collaborating on musical adaptations of classic tales – Stone Soup, The Tortoise and the Hare, The Steadfast Tin Soldier, and The Elves and the Shoemaker so far – putting contemporary spins on them with smarts, wit, catchy tunes, and even a shot of Hamilton rap, and captivating audiences of all ages. We wouldn't miss one of their shows at Summer Stock Austin. We just wish they were on DVD so we could watch them over and over.