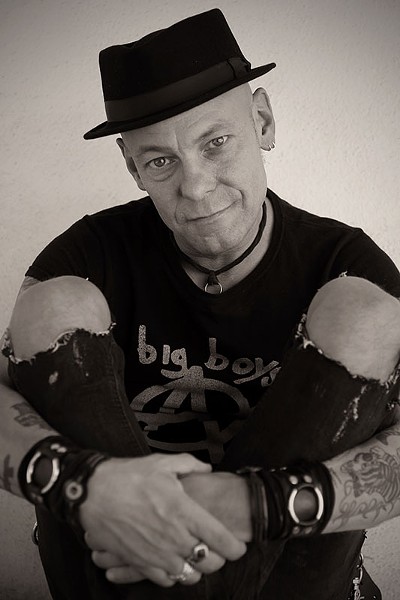 A working film critic at The Austin Chronicle for 25 years, Marc Savlov’s longevity is equaled by his versatility. Whether it’s an action film or a horror hackathon, a gushy romance or a loopy kids’ picture, Savlov can be counted on to tell it like it is – and tell it with linguistic style and gusto that’s anchored in his broad breadth of knowledge. Like those dogs in that famous experiment, we greet each review with a Savlovian response.

Austin American-Statesman columnist and blogger (and quilter, photographer, and mom …) Addie Broyles keeps the streak alive with her thoughtful writing, winningly striking a perfect balance between social observation, historical perspective, and astute trend-spotting. An endless fount of imaginative approaches and energy, Broyles frequently writes about women and food from a feminist perspective – the cherry on top.

There's prolific and then there's prolific. And then there's this Brittaker, so-called, this tall gingery journo from across the Pond who reports relentlessly and intelligently on local politics and AISD shenanigans, but especially trips the media light fantastic when it comes to all things gory and/or geeky – pro wrestling, indie horror films, cryptozoology, comics, sci-fi and fantasy miscellanea of all forms – and is responsible for, really, an unwieldy percentage of Chronicle content every week of the year.

When it comes to lampooning hipster excesses, leave it to blogger Lauren Modery to hit the tiny nail on the tiny head. Modery, aka Hipstercrite, specializes in documenting a certain kind of Austin lifestyle (y’all know what we mean), and her observational humor is somehow both self-conscious and ultimately nonjudgmental. Her “Dear People Who Live in Tiny Fancy Houses” found her in perfect form, building a list of innocent-seeming questions into the argument that the tiny houses so currently en vogue were destined to end up as overly precious “hot boxes” of, um, flatulence, lacking even basic comforts. (“Even that dog is like, 'Where the fuck is the bed, guys?'”) She confessed to some envy at the end, Mashable picked it up, responses were penned, and everyone ended up all warm and fuzzy-feeling – in other words, at home. 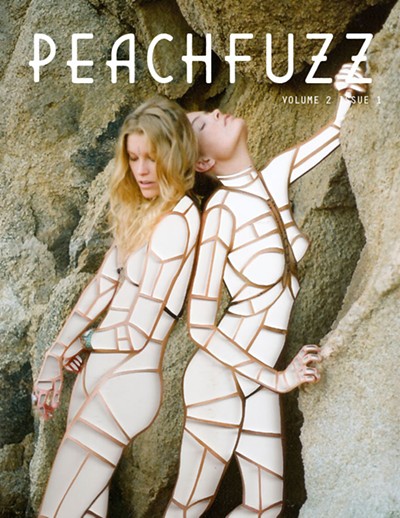 The recipe for THC-infused homemade lube, which appeared in Peach Fuzz's January 2015 issue, succinctly sums up the ethos of (and thus what we and our readers love about) the darling, spritely mag. More than mere spankbank, and more approachable than high-concept hipsterporn, Peach Fuzz walks the narrow line betwixt the two and succeeds wildly. 3-D glasses! The McNasty column! X by X (lovers photographing each other)! And so we anxiously await the next issue ….

KXAN's local perspective on national issues, like Texas' abortion debate, and their commitment to long-term local stories, like the Memorial Day weekend floods to which they dedicated a one-hour news special, have gained the station loyal viewers who aren't bashful about expressing their love. So, it's no surprise that KXAN returns victorious – for the fifth year in a row. And that's the way it is. One's a feminist, the other's a slitherist. One describes the scene, one fits the description. One writes headlines, the other makes ’em. Both Andrea Grimes – "ranch dip apologist" for the Texas Observer and senior political reporter for RH Reality Check, tittering and tweeting in astute, Austincentric political quips – and the Austin Cobra – an anthropomorphized hipster-reptile created to breathe levity into a tragic event while reflecting on the obsessive nature of our blinkered news feeds – mastered the 140 and maybe even a few 15 minutesssssss along the way.

Whoever said you can't be a prophet in your own town clearly wasn't thinking about the longest-running music series in American television history! An evangelical force bringing local and regional musicians to the attention of a larger national audience, as well as a generator of city pride, Austin City Limits can do no wrong in, with, or for this city. It's a legacy built brick-by-brick over the years, sure to withstand any end-of-days scenario.

The advent of the smartphone has unleashed a wave of amateur photographers upon the world. But no amount of pretty filters can measure up to the work that Annie Ray does. From silly photo booths to classic editorials, Ray is a rare talent who knows how to make the most of her medium. Her vivid, charming shots capture the spirit of any party, and usually feature lots of shiny streamers, fake mustaches, and giant smiles.

Ah, the arch and pop culture-saturated commentary of Korey Coleman and Martin Thomas! Rising phoenix-like from the ashes of cable TV's The Reel Deal and then from the even ashier ashes of Spill.com, these two guys have got things covered now, podcastwise, when it comes to reviewing everything Hollywood and other moviemakers can throw onto a big screen. Smarts? Check. Humor? Check. Taste? Hell, they're the seasoned arbiters here – and they've got the ravening fan base to back it up, too. 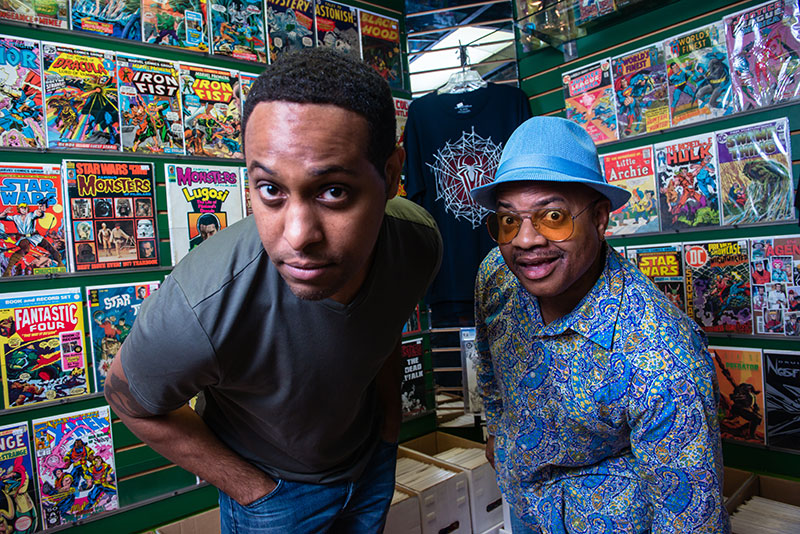 The word "personality" is key. Morning radio done wrong is a puddle of embarrassing flop sweat. When done right, it's red-faced laughter. Brit Deb O'Keefe is a tattooed jock with a soft spot for unwanted dogs. Jason Dick is a big man with a big love of gambling and sports. Together they clash, click, and make it sound easy. Deb's crank calls aimed at getting an "I love you" from a stranger are comedy gold.

Let’s face it: Sometimes living in Austin makes us a little tired of music. So when the KUT empire gained another frequency and moved the music over to its own, allowing the NPR and stellar local programming of our public radio station the elbow room to spread out and conquer the airwaves, some of us did a little happy dance. Make your weekday traffic time useful: Turn that dial and get caught up on local and national news. On Saturday mornings, check out the clever quiz shows Wait Wait … Don’t Tell Me! and Ask Me Another. 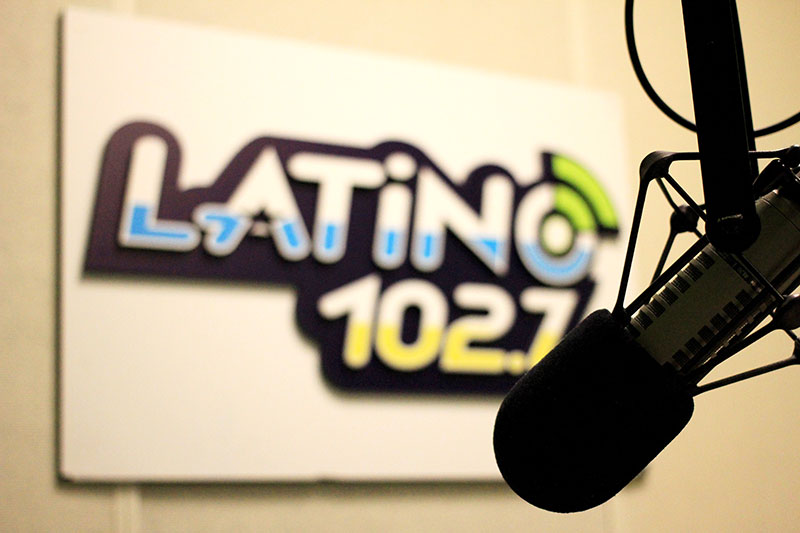 Austin has had a fair amount of Spanish-language radio stations over the years – unfortunately, with little variety. No disrespect to Norteño or musica regional, but it came time to give the Spanish-listening audience some pop music. Debuting in Austin in summer 2013, the format of Emmis' Latino 102.7FM not only crosses over but bounces back and forth from contemporary Latino artists in Spanish and English across decades of hits, with artists like Gloria Trevi, Pitbull, and Elvis Crespo sharing spots on the playlist. The coined "Latin crossover" is what several artists from Spanish-language countries aspire toward. Remember, Juanes taped an Austin City Limits segment in Spanish, after all. Even if you don't speak Español, take a listen, you may learn a phrase or two; and even if you don't, they'll pop something in and forget it's Inglés.

Mike Barnes interned at KVUE while attending the University of Texas in the Eighties. Save for a six-month stint on the air in Aggieland (blasphemy!), he's been the Austin TV station's sports guru. He's a gentle, enthusiastic guy who's willing to share the spotlight while serving as maestro for longtime features Friday Football Fever and Texas Tailgaters. Austin can't get enough of 13-year "Best of Austin" winner Mike Barnes, KVUUUUUUUUUE sports!

Seems like only yesterday we were watching Quita Culpepper, new kid on the block, making the leap from radio to KVUE-TV. Culpepper’s “Does It Work Wednesday,” a consumer product-testing segment, was her calling card, but it was soon clear that she had the goods to tell a variety of stories, from human interest to breaking news, with clarity and ease. Her personable, palpable intelligence and sense of humor make her a perfect fit for Austin – so much so that she dominated the Best TV Reporter category here for years and recently appeared in the Best Anchor top spot, as she does this year, as well. All hail the Quita; long may she reign.

Seems like only yesterday we were watching Quita Culpepper, new kid on the block, making the leap from radio to KVUE-TV. Culpepper’s “Does It Work Wednesday,” a consumer product-testing segment, was her calling card, but it was soon clear that she had the goods to tell a variety of stories, from human interest to breaking news, with clarity and ease. Her personable, palpable intelligence and sense of humor make her a perfect fit for Austin – so much so that she dominated the Best TV Reporter category here for years and recently appeared in the Best Anchor top spot, as she does this year, as well. All hail the Quita; long may she reign.

"Maybe we got a cow flying in the air that a radar beam is bouncing off of. That's what we're hoping right now." That was the Spencerism that pricked up our ears during the Memorial Day weekend flood, 2015 version. The KXAN weather anchor’s expertise, bedside manner, and descriptive talents make Spencer our go-to whenever bad weather strikes, but this spring he put on a clinic – overseeing a couple of junior weather peeps and stepping up when events called for the big guns, rhetorically speaking. As more than one fan put it, “We love it when Jim tells us to go to our safe places.”

Aiming to create a short film inspired by About a Boy, creators of #ATown, Elena Weinberg and Mallory Larson found something so much better: a series about living in one of the coolest cities around. The show's leads Ivy Koehler and Ash Nunley were added to the writers' room to add even more female empowerment to the show. Season 1 is online, and season 2 is set to release October 2015.