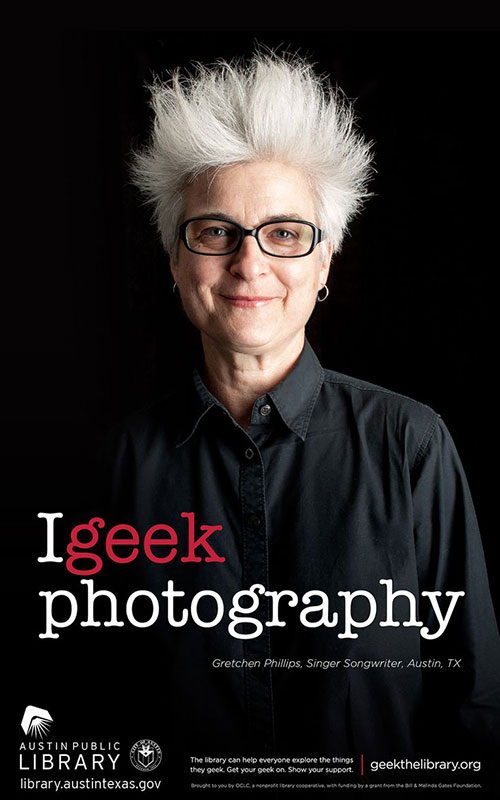 Best Use of Local Geeks

Sure, it could be startling to walk into the library and run into a near-life-sized poster of someone you know – maybe someone you have known forever, maybe even your ex-roommate or an old college friend – looking uncannily like themselves and in their element. But that's what was cool about it. As part of a national program, the Austin Public Library turned out a series of posters on which Austinites appeared in a variety of colorful forms to testify that they “geek” (feel passionate about) everything from breastfeeding to dubstep and to encourage you to “Get Your Geek On” as well – a moving reminder that, as much as we expand, we stay connected and creatively knit.