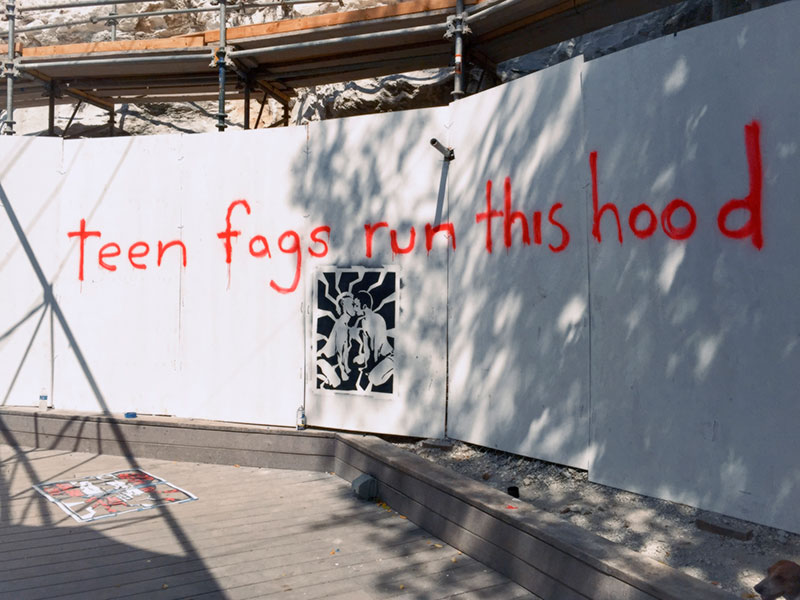 We imagine punkily-shaved haircuts, cocky attitudes, and a penchant for making out in the middle of crowds. We imagine these teen fags, because, well, we once were those teen fags – male, female, trans, it matters not. Even as some may round into middle-age, there will always be teen fags: That elusive energy, devil-may-care attitude, and screw-you aesthetic will always survive, no matter how entrenched the growing acceptance and normalization of LGBTQ lives. (To wit: There is no F in QUILT-BAG.) Spray-painted on the heinous plywood boards (of yet another development) which now cover the glorious rock-wall behind Cheer Up Charlies, this tag gives us hope for the teen fags of the future. They know what's up.

The first day back from winter break, the students at Austin High were given a motivational speech by former tech-worker and founder of #besomebody, The World's Platform for Passion®, Kash Shaikh. His message? To encourage the students to "call themselves out" and become "passionaries," or "Don't make a Plan B when Plan A is your passion." A nice thought, but one that seemed off-the-mark to those struggling with economic disparity, dreams deferred, and the realities of American class structure. Students at the school's media outlets, KAHS (unrelated to Kash and pronounced "chaos") and The Maroon News, voiced dissent to Shaikh's message. The dissent caught the attention of the BBC, Texas Monthly, and others. Shaikh threw a tech-bro tantrum via Twitter. Austin High students took the high road, doing what journalists worth their mettle have done for years – analyzing vacuous speech and calling out privilege.

Picking up steam during the great pre-summer deluge in May, many Austinites whiled away the rainy days refreshing this site. Simple, succinct, and paired with the tiniest bit of homegrown snark from the ATX Built Slack community, the site has seen the lake move a deficit of approximately 22 feet until full, to most recently, a mere 13.5 feet to go. Sadly, the answer to the burning question is still the same: NOPE.

Best Answer to What We Wonder When We Hear it
#whatthehelicopter

Is it a bird? A plane? A really loud drone? What the hell is going on outside? Austin’s blue line has you covered. Hashtag #whatthehelicopter is the key to finding out exactly why that chopper is circling your neighborhood. Rescue? A situation? Rest easy knowing the answer is 140 characters away. 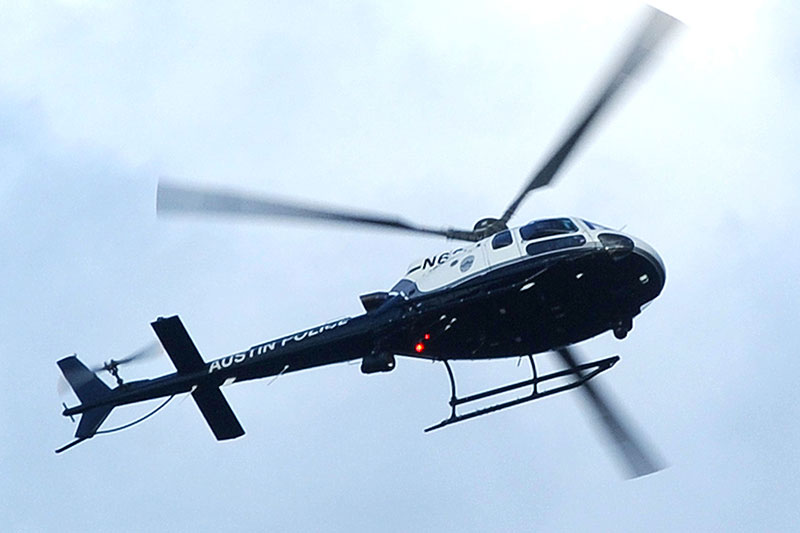 Since way back in another century, KOOP radio show Writing on the Air has let writers talk craft while readers listen in. Originally a Writers' League of Texas joint, in recent years the show's success can be attributed to François Pointeau, a wine seller by day and daydreaming poet at heart. He keeps the literary train chugging by recruiting guest scribes of all stripes. In October, longtime engineer Erin Cornett and newish crew members Lisa Onland, Joe Brundidge, and Martha Louise Hunter will ably take charge of WOTA as Pointeau heads off in a small RV to explore the nation. Writing on the Road, perhaps?

If there’s a dog that truly captures Austin's pet-friendly vibe, it’s Sid. This "Regal Beagle," who is actually a basset/beagle/corgi/lab mix, has garnered over 53,000 followers on Instagram, 30 million loops on Vine, has his own book, Sidventures, and has even landed a guest slot on Domino's Pizza's emoji commercial with Modern Family's Sarah Hyland. Over the past three and a half years, photographer, dog lover, and best-pal-to-Sid Alex Hopes has brightened people’s feeds by sharing content of the chill pup holding food in his mouth (the posts for which he’s most famous), sightseeing, and daily life from a dog's-eye view. Here's to Sid, Austin's best friend. 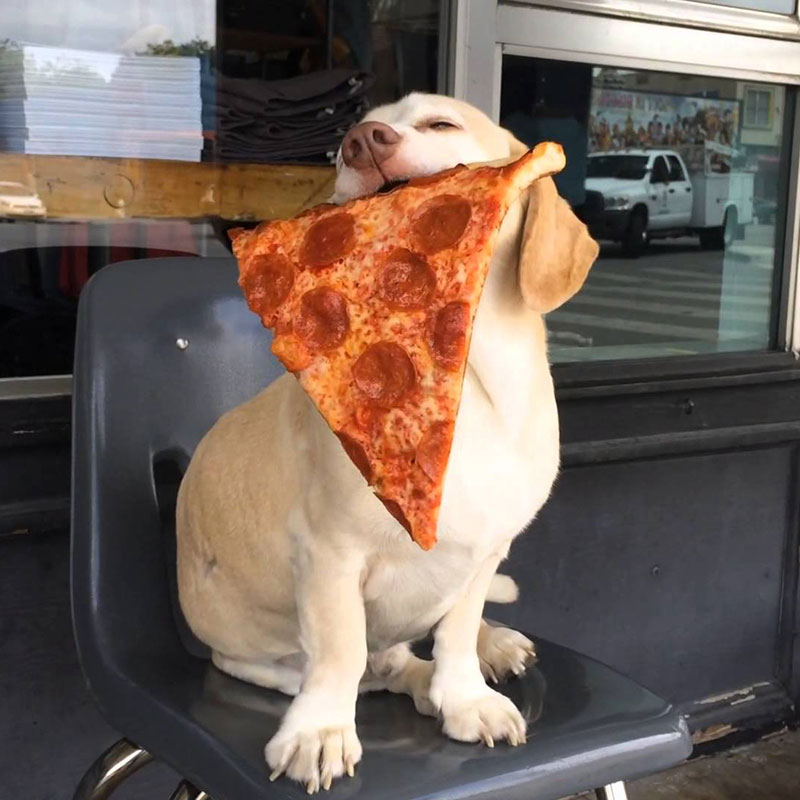 Uber-full of super-style and cheeky sass, the Salonniere is the brainchild of chic hostess Carla McDonald who imparts her Golden Age of Hollywood sensibility to the hostess/entertainment website via seldom-seen vintage photos of classic doyennes. A tipsy, cocktail lifestyle vibe infuses the fabulousness with tips and tidbits about the swells combined with a welcoming attitude that invites readers to "grab a gimlet and join us, doll!"

There are so many people to acknowledge after times of great tragedy. Among the Central Texans we'd love to thank, who came together during the Memorial Weekend floods to assist and disseminate vital info, the San Marcos Communications crew ranks high. From our perch, furiously trying to make sense of it all from Austin, anytime we'd see an incoming email from either Kristi Wyatt, director of Communications & Intergovernmental Relations, or George "Trey" Hatt, communications specialist from the city of San Marcos, we knew we'd better pay attention. Their professionalism, promptness, and patience under such trying, emotional circumstances did not go unnoticed. And journalistically speaking, their online resources were unparalleled. We hope for them a lovely year-ful of time to focus on things in their town that are a tad less … urgent.

As wonderful as Austin is, there’s no escaping the fact that gentrification is rampant, the black community is disappearing, and Austin region is the No. 1 most economically segregated metro area in the country. Amidst the flood of whitewashed media that exists, Austin-based Solidarity Circuit, a series of podcast shows that prioritize marginalized voices, stands out from the rest. Solidarity Circuit acts simply as the platform for storytelling but lets people of Austin tell the stories that we so desperately need to hear. Hooray for representation!

Exemplary of the deep connect between Austin's mass-psychological fugue state and its material culture, the #peeonsomebody campaign (ironic/counter/totally-literal) was a rip on a certain-motivational-speaker's #besomebody campaign. You know, the one that rung hollow with students and teachers at Austin High this year, proving that kids retain the ability to see through slick-gloss self-helpisms? The lewd new hashtag was turned into bumper stickers and T-shirts by one Alison Kilts. Kilts' timing could not have been more perfect: #peeonsomebody became an unofficial rallying cry for SXSW 2015. And here's where the hashtag takes a glorious pinback turn into literalism, because, as far as we can tell, #peeonsomebody only confirms what we all know happens at the end of a raucous night of SXSW partying. That said, we still think #peeonsomebody can #besomebody by marketing their wares to Austin's kink community. The Circle of Life!

Maybe you've got a rental property to furnish, or you're a collector of vintage Pyrex, or just need some reasonably priced tools. Estate sales are a great resource for all of these, but how do you find them? Enter EstateSales.net. To find all the estate sales near you, just punch in your ZIP code and a listing of all upcoming local sales – complete with pictures to help you decide just how early you need to go get in line – magically appears. Sign up to get weekly email alerts so you can plan your shopping days in advance.

Over the past year, most local buzz about transportation apps has focused on Uber and Lyft. For our money, however, Austin's most indispensable app for getting around is the surprisingly elegant CapMetro. Gone are the days of digging around your room frantically for spare change or waiting half an hour in direct August sunlight for an unpredictable bus. CapMetro helps you plan your trip, buy your ticket, and time your departure with real-time feedback from the fleet. Sometimes a technological revolution can look as familiar and old-fashioned as a city bus.

Omar Gallaga is the rarest of tech nerds: He's funny in a thinking-geek's way. As in founder of the Latino Comedy Project funny. As in writer for the late, great Television Without Pity funny. Follow him on Twitter where he ponders questions like, "Worse fictional Southern gentleman reboot: Atticus Finch or Colonel Sanders?" Gallaga truly knows tech and remains fresh in mind and style despite being at the Austin American-Statesman an amazing 18 years. His latest coup is birthing video blog Statesman Shots. His work percolates elsewhere including All Things Considered and Kirkus Reviews and is always worth seeking out. 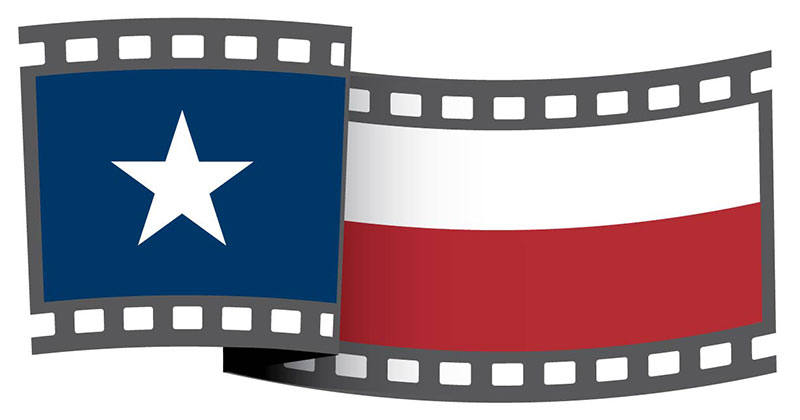 Have you ever seen that retro commercial for San Antonio chain Church's Chicken with the kids in the dune buggy? Or footage from the successful 1962 campaign of he-who-would-become Governor John Connally? How about those those late-Eighties PSAs for the El Paso Chicano AIDS Coalition? There is so much to glean when you let history in. Texas 20th century history leaps from the screen courtesy of the Texas Archive of the Moving Image, an online-accessible treasure trove of Lone Star film and video. Founded and curated by UT Professor Dr. Caroline Frick, the nonprofit collects and digitizes, via the Texas Film Round-Up program, from vaults across the state: local TV reels, industrial productions, home movies, as well as big-budget Hollywood moving images of Texas. It's an important reminder of who we were. Grab some popcorn, cowboy … and you can take off that 10-gallon hat.

Sure, it could be startling to walk into the library and run into a near-life-sized poster of someone you know – maybe someone you have known forever, maybe even your ex-roommate or an old college friend – looking uncannily like themselves and in their element. But that's what was cool about it. As part of a national program, the Austin Public Library turned out a series of posters on which Austinites appeared in a variety of colorful forms to testify that they “geek” (feel passionate about) everything from breastfeeding to dubstep and to encourage you to “Get Your Geek On” as well – a moving reminder that, as much as we expand, we stay connected and creatively knit. 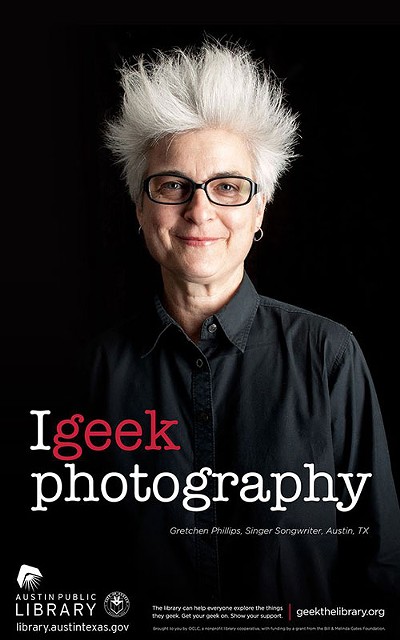 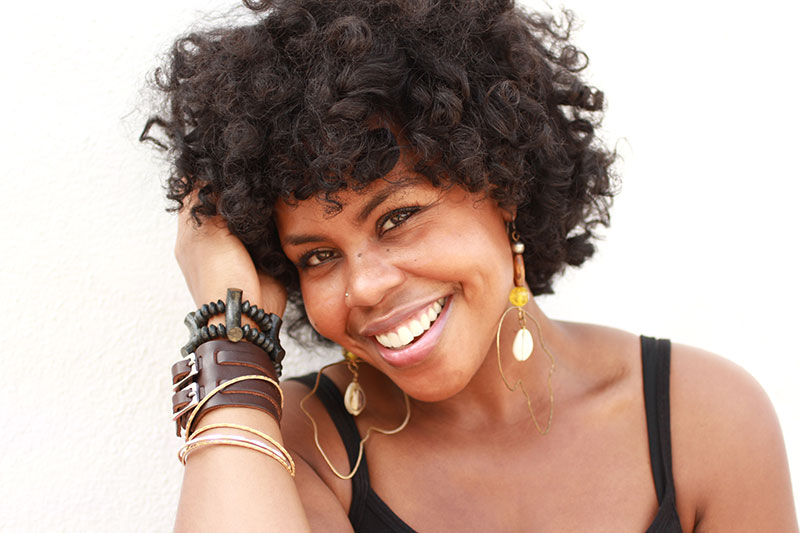 If you're the music czar for your workplace (or if you can bribe the music czar with candy or half-used gift cards), there's no reason you shouldn't be tuning in to 96.3FM to bring your people what they need: R&B! Music, however, is not enough. The people need a voice to turn to for solace and companionship, for sultriness and sass, to move them through the day. They need the incomparable talents of Suga Rae. They need 90's at Noon. Suga Rae's been a DJ in Detroit and Dallas, and now calls Austin home. And in a town that could stand to nurture more female – not to mention people of color – air-talent, we are damn lucky to have her. There are rumors that she was a B-girl back in the day, with crew and all, and we'll believe it when she windmills at our next party. There's one thing Suga doesn't have to prove, its innate and true, namely, that she's the "sweetest chick on the radio."