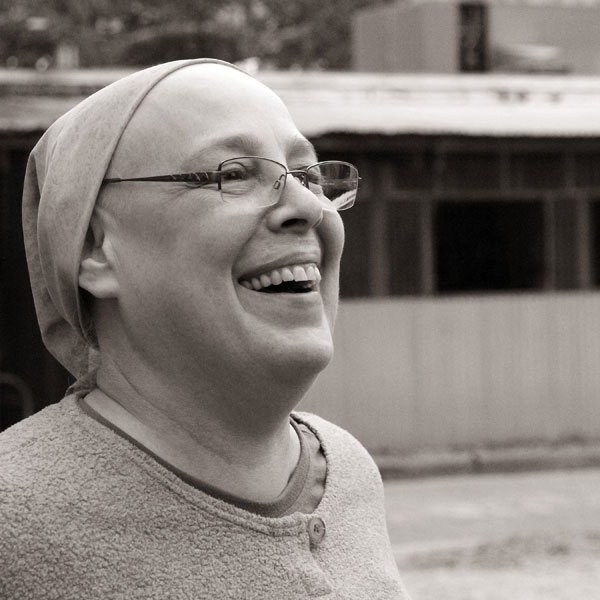 She's firm but fair, she knows her movies and clearly loves them. Read her for her plainspoken prose, (on August: Osage County "This film is like a long day’s journey into another damn day"), or her biting wit (on The Hobbit: An Unexpected Journey "… seems more like the work of a man driving around a multilevel parking garage without being able to find the exit"). The best thing about Marjorie Baumgarten, Film Critic, is that she knows that the role of the critic is to shepherd films to the right audience, not the other way around.

You’d think keeping up with Austin’s ongoing foodsplosion, where cuisine-related happenings and places multiply faster than rabbit dishes at Qui, would be more than enough work for a woman. But that’s just the start of what Addie Broyles does. In addition to her regular Statesman column and blog, "Relish Austin," the award-winning writer and social media master serves as special projects chair of the Austin Food Blogger Alliance, spearheaded and oversaw the production of the Alliance’s cookbook last year, and contributes regularly to the Feminist Kitchen website. She has two small kids and also quilts, apparently. We don’t know when she does it all, but her intelligence, breadth of knowledge, and community spirit leave readers both full and hungry for more.

"Cheech and Chong's 'Dave's Not Here' bit, over time, morphed from stoner comedy into tragic BBC Play for Today two-hander about senility." Thus goes a June tweet sent out over the Twitterverse from all-around-ace-writer/reporter/jolly ginger Richard Whittaker. Because, in addition to everything else he covers (AISD, the Lege, roller derby, burlesque, comics, horror/sci-fi…), he still finds time to tweet (@YorkshireTX). Amazing.

If it's 10pm, then you can find us on the couch, cozy in our PJs and slangry. Our laziness is Favor's pleasure. Launched in 2011 (and only currently available in Austin and Boston), the delivery folks wearing the cute blue tuxedo shirts are willing to deliver anything and everything (except booze) for just five bucks. From slangry to sleepy.

Singles have it so easy, what with spare time and Facebook and all that disposable income, but what about busy families that need to stretch a dollar? Free Fun in Austin carefully curates low-cost, family-friendly activities as they come up, like a free screening of Free Willy at El Salido Pool, the Zilker Summer Musical series, or ticket giveaways to touring shows and local attractions. Stuck in the suburbs? FFiA's got you covered. Singles, we were kidding about all that money; this stuff is great for cheapskates like us, too.

Born digital, this satirical monthly moved into print format shortly after its founding in 1997. Now newspaper racks carrying Texas Travesty are as ubiquitous on UT's campus as unfortunate sorority apparel. Skewering themselves as often as the big power-brokers, only the staff of Texas Travesty could have written the following brilliant headline – summing up at once an institutional scandal and their own dismal prospects: "President Powers to Join 2015 UT Graduates in Unemployment." Huzzah for over-caffeinated, punchy student journalists. 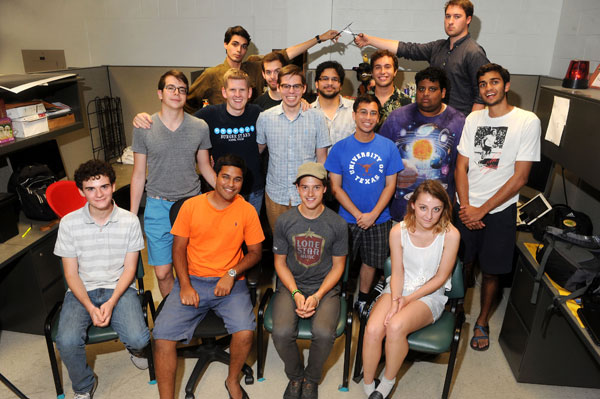 The eyes of KXAN are upon you. The departure of 14-year veteran anchor Leslie Rhode hasn't stopped the team from investigating elder abuse or overworked 911 dispatchers. Add that to dreamy weather musings from Chief Weathercaster Jim Spencer (see Best Weatherperson) and precise traffic warnings, and it's no wonder they're returning champs.

When local reports sounded that a pedestrian was killed by a drunk driver last April, Austin's underground community didn't know the victim was Kelly Noel, better known by his Twitter alter ego, ATXhipster. Automated tweets continued to chirp. Then eulogies to Noel burst from the web as the "hipster" community, often assumed aloof and detached, ripped open their hearts, sending out tribute, detailing the life and causes of the 33-year-old Austin booster and news aggregator (in his hands, a compliment) – his selfless acts, sense of humor, and tech-savvy nose for what's important.

Middle-age? Pfft! This year, Austin City Limits turned 40 and they are still as hip, relevant, and true to music as ever. From new country royalty like Tim McGraw to the softer emo sounds of Bon Iver to the Sunday-go-to-meetin' stomp of Mavis Staples and Bonnie Raitt, no musical genre is overlooked. Like a fine Texas Tempranillo crushed out of a special varietal grown in the Hill Country, Austin City Limits only gets better with age. Here's to the next 40: Cheers, y'all!

Not every photographer can pull off a portfolio equally strong in editorial and photo-booth. What's Annie's secret? Originality. From weirder to weirdest, Ray personalizes each photo-booth (space! under the sea! streamers!), yet she's consistent in creating images that are out of this world.

Waking up is hard to do. Luckily Austin’s morning radio shows are almost as enticing as breakfast tacos. Be it the newly reunited JB & Sandy on the Fringe 105.3, or the sassy and snarky 101X pair, Jason & Deb, morning radio is where it’s at. After being off-air for nearly six months, bromancing duo JB Hager and Sandy McIlree have found a new home on 105.3. Die-hard fans rejoiced, and newcomers quickly learned what all the fuss was about. Less peanut butter and jelly, more apples and oranges (or, ahem, bananas), Jason Dick and Deb O’Keefe rub each other just the wrong way, enough to make listeners shift uncomfortably in their car seats, yet still locked on the dial. Care to wager a guess as to which now-resurrected morning show held a "Be-a-DJ" contest which lead to young Deb's career?

We all know the award-winning programming that KUT imports to its listeners: This American Life, Snap Judgment, and The Splendid Table. But what about its exports, historical and current? Latino USA (now produced by the Futuro Media Group), O'Dark 30 (now defunct), and John L. Hanson's In Black America have earned KUT a place to perch on the public radio pyramid.

That’s a lucky dozen, folks. The big leagues! Twelve years of "Best of Austin" Sportscaster awards go to Mike Barnes, KVUE’s man about the game, 25 years running. You can’t speak of Friday Football Fever and Texas Tailgaters without saying his name, and for good reason. These two shows showcase both his love for the game and our love for the way he makes them come alive.

Quita's got company! For years Culpepper has dominated the media section, and now she graciously shares the anchor crown with Austin TV news veteran Robert Hadlock. While Culpepper has 15-plus years with KVUE, Hadlock has almost 25 with KXAN, making him the "the longest continuously serving news anchor in Austin television," according to the station's site. And for you Hadlock fans, his first-ever newscast is available for your viewing pleasure via YouTube, (mercilessly) posted by his bosses at KXAN.

Quita isn't just a powerhouse in the news chair, but out on location as well. Because she is the best, Quita can discern which source might need a gentle coax or a straightforward and direct query. She can also discern whether or not it "works," especially on Wednesday, as our best local consumer reporter on her Hump Day "Does It Work Wednesday" segments. Even after all these years, we're still smitten.

With more than two decades of Austin forecasting under his belt, it’s no surprise he’s still the community’s top pick for our daily outlooks: This year KXAN's Jim Spencer celebrates a “Sweet Sixteen” of "Best of Austin" wins. Our readers know he’s always on point whether we’re weathering rain, snow, hail, or (let’s be real) our never-ending, merciless summers – and we’re proud he's one of us.

With a wave to the camera and a friendly "Hey Dudes!" Hilah Johnson introduces herself and the web series that has us drooling (ice cream tacos, SRSLY). Short, easy-to-follow instructions make any dish a cinch, and Hilah's reputation as the breakfast-taco queen is crowned by her book, titled – what else? – The Breakfast Taco Book (now in its second edition).

Chaotic Moon Studios' slogan is simply "We're the Best," and judging by their roster of clients (they call them "case studies" on their website) they're not the only ones who think so. Who else can serve the needs of Adult Swim and Whole Foods with unflailing tenacity? This is to mention nothing of the brilliance of Mighty Brace, an educational tool for orthodontists who wish to teach their young patients how to care for their braces.

And now you know what all those people are doing in their cars on their laptops outside of every Starbucks.