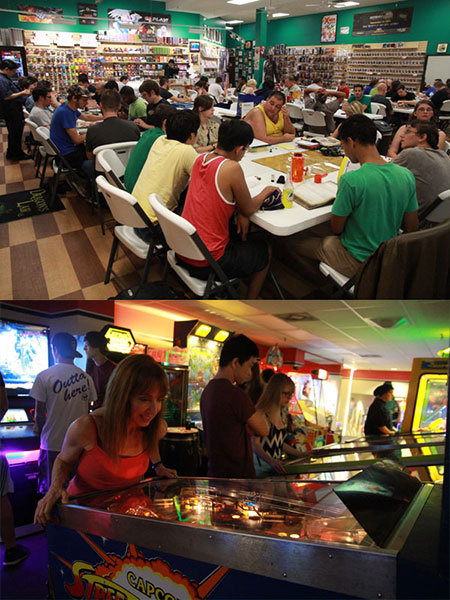 Depends on how you define gamer: Are you flashing-lights-whizzbang? Or vast-internal-realms-of-the-mind? Sometimes the audience can be one and the same. Our fair city covers all options and plays host to a magical venue (Dragon's Lair) that more than dabbles in mainstay fantasy league play such as Pokemon, D&D, and Magic: The Gathering. But that doesn't mean there's not room for a massive blipping, blooping arcade of Tron-like proportions (Pinballz), replete with vintage multiballers and joystick jollies to keep pretty much every generation locked in a quarter-pumpin' nostalgia coma. Then again, maybe there isn't room. Pinballz is expanding south to Buda, where they are opening Pinballz Kingdom and making noble use of the old Dorsett 221 Truck Stop castle. This is Texas. There's room for everyone. Liberté! Égalité! Role-plé! Hooray!