Adriene Mishler's renowned yoga skills are not what landed her the plum voiceover roles as both Lois Lane and Supergirl in DC Universe Online, but mayyyybe her Sun Salutation influences the talent she brings to big-screen roles in Austin High and David Gordon Green's Joe and more. Barbara Chisholm's been a thespian force of nature for years – her powerful Constance in the Rude Mechs' recent Fixing King John may be her onstage apotheosis – but we reckon the way she shines in small sparkly glimmers as mom's loyal friend, Carol, in Richard Linklater's Boyhood is currently on the minds of most readers here. 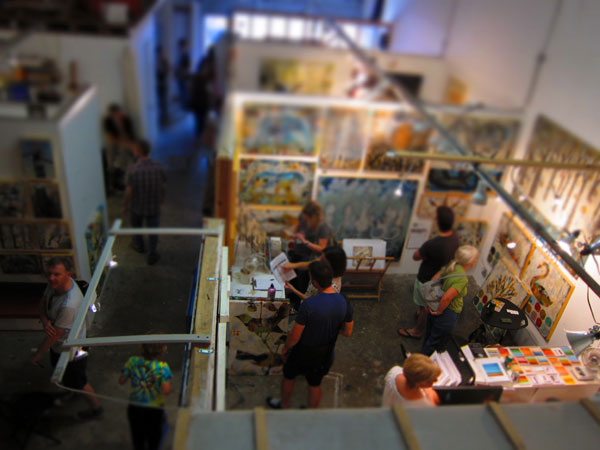 We love our trailblazers, but our loyalty doesn't mean they can phone it in. EAST takes being the best very seriously, and it shows: eight "BOA" awards in previous years. The grown-up upstart remains true to its trademark ambition to bring the new, stay inclusive, and collaborate with other realms (music, food, tech, miscellaneous) in the ever-morphing Venn diagram that defines Austin creativity.

Anton Nel is the kind of prodigy that, in a just world, great musical epics would be written about. Born in Johannesburg, South Africa, he made his concert debut at the age of 12 with Beethoven's "C Major Concerto" – and that was after only two years of lessons. Since then, he's tickled the ivories in big-name classical concert halls across the world: Wigmore Hall in London, Concertgebouw in Amsterdam, Suntory Hall in Tokyo, Carnegie in New York (where he once won the Naumburg International Piano competition). The list goes on and on, and understandably so; his interpretations of Beethoven conjure up sublime spirits like few others can. This Steinway savant was first appointed to the UT-Austin faculty at age 23, and today is the chairman of Keyboard Studies. If you haven't heard his music yet (gasp!), we recommend giving Saint-Saens: Piano Works a listen. Magnifique. 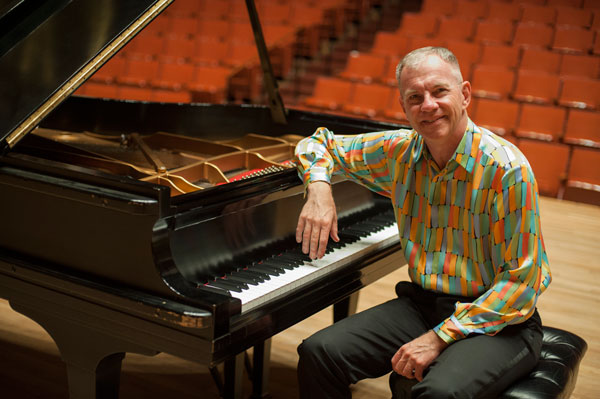 Gail Chovan went from French student to fashionista when she launched her own clothing line, and founded Blackmail Boutique in 1997. This chic artist's dark palette, featured everywhere from Us to Elle, is sure to heat up the hearts and hangers of clothing-conscious Austinites. But don't look for her here during the summer months: Like a merle noir (French for blackbird) she spends the hottest months en France.

It happens sometimes: You sit next to a guy who obnoxiously makes fun of the movie adaptation of your favorite YA novel, a movie you paid good money to see. You seethe in your seat, and sometimes you even do something about it, calling the manager over to "handle" the rude dude. There are a few critical differences between this Lame-O and the rock stars of Master Pancake: 1) MP is actually funny, 2) they're paid to do what they do, and 3) you're the one paying them. Cutting to the quick with sardonic interjections is the bread and butter of MP, and has put them atop this category for seven years running. But let us be completely honest: It's you, John, it's all about you, stripped down to your buttery unmentionables.

The best in the comic/graphic novel genre still retain and even celebrate their pulp origins. Self-described "pro keyboarder" (read: writer) Donny Cates has kept that tradition alive in his consistently gritty and graphic comic series. In his latest completed miniseries, Buzzkill (Dark Horse), the superhero struggles with an alcohol problem that gives him super powers. Cates doesn't just erase the line between camp and serious drama, he douses it in gasoline and blows it the fuck up. Ghost Fleet, his new Dark Horse series (co-written with Toadies drummer Mark "Rez" Reznicek), is an action sci-fi drama about "conspiracies, mysteries, and the allure of big rigs." Expect it to hit the shelves of your local comic dungeon this November.

Sometimes when we're feeling really stressed we take a moment to ponder: "What is Graham Reynolds doing right now?" The answer, which comes from years of tracking this prolific collaborative composer's whereabouts in the local/national music (an August residency at Dive Bar, and the Marfa Triptych Part II), dance (collaborating alongside Forklift Dancework with Kyoto's female professional baseball team), theatre (Intergalactic Nemesis, The Method Gun revival), and film worlds (Linklater, obvs), is invariably: "More than you." Or most of us, for that matter.

Walking home from after-dinner drinks we often stroll past the open windows of Ballet Austin's Downtown digs. Here are ballerinas and ballerinos in the throes of warm-ups (third to fourth position), rehearsing a particularly tricky phrase (perhaps for The Glass Project?), or chatting it up after practice. For a brief moment, standing on the sidewalk of West Third, we are transported elsewhere; and even though we know what we're looking at is a work-in-progress, isn't this one of the things great art can do?

With Women & Their Work, the proof is in the programming, which mixes site-specific large-scale installations like Akiko Kotani's crocheted plastic Soft Walls and focused bodies of work from emerging artists, such as Danielle Georgiou's frantic thesis on beauty and hashtag culture (#datass). This is to mention nothing of the jewelry trunk shows. Jewelry trunk shows! 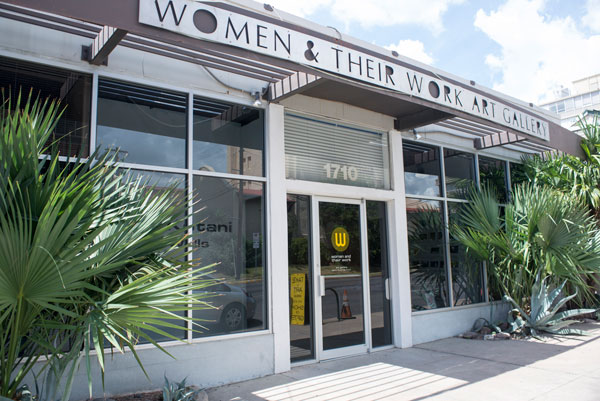 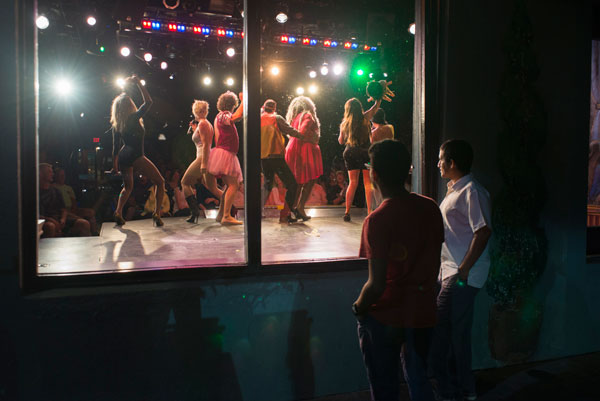 Like clockwork, dazed denizens of Dirty Sixth stare disbelievingly through the window at Esther's Follies at the comedic/magical goings-on, unwittingly becoming part of the show. They stare at Esther's mainstays like the Patsy Cline parody routine, up-to-the minute satires of Texas politics, or the ever-evolving scenarios proffered by magic-man Ray Anderson. Like flypaper, the window ensures that the gawkers of today become the paying patrons of tomorrow. The circle of life.

If the mind is a vessel, then Egerton's certainly overunneth. He's one of the big creative brains behind the MST3K-style improv show Master Pancake Theater and its predecessor, Mister Sinus Theater (between them, "Best" a whole buncha things for many, many years); the former artistic director of Austin's National Comedy Theatre; and the author of How Best to Avoid Dying and Everyone Says That at the End of the World. Warner Bros. is even developing a TV series based on one of his screenplays, The Book of Harold. In fact, probably the only thing that outmatches his prodigious output is his famously Texas-sized friendly attitude and eagerness to share his insights. This elder statesman of comedy just finished leading a six-week workshop on creative writing, and is currently in the process of raising money to finish a handbook on creative writing. Good on you to spread that overrun, Mr. Egerton.

From scholarly exhibitions such as "Converging Lines," documenting the artistic exchange between Eva Hesse and Sol LeWitt (who knew they both wrote for Seventeen magazine?!), to the charmingly populist "In the Company of Cats and Dogs," tracking the appearance of our furry friends in art, the Blanton Museum of Art offers something for everybody.

Best None of the Above Show
BedPost Confessions

True personal stories told live onstage have never been more popular. National tours like Risk! and the Moth regularly sell out shows, and our own Bedpost Confessions presents a clever and titillating twist. Started in 2010, this monthly confessional storytelling show focuses intently on sex and sexuality from the likes of Adam Sultan, Ebony Stewart, Holly Lorka, our own Dr. Andy Campbell, and those powerhouse producers – Julie Gillis, Mia Martina, and Sadie Smythe. Bedpost lets the audience in on the game, giving them the chance to write their own confessions down and have them anonymously read onstage. Hearing Austinites' anonymous sexual confessions aloud? #blessed.

Post-Y2K Austinites may not realize that the current Long Center sits atop the footprint of the old Palmer Auditorium and was constructed almost plank-by-plank from her reused remnants. Built over a decade starting in 1998, the gorgeously upcycled space has already proven to be a vastly flexible venue. Founded on opera, symphony, and ballet with a heart forged in supporting the local arts, the Long Center brings to town top touring speakers and comedians, stage plays and musicals, outdoor aerial performances and movie screenings, and even played host to the world's largest performance of the choreography from "Thriller" (before Mexico City stole Austin's thunder the following year).

Austin isn't necessarily known for its graffiti art, but the evolving compositions at the HOPE Outdoor Gallery (HOG) at Castle Hill are certainly gravy by any connoisseur's standards. The site that was nearly razed for development before the 2008 downturn remained a pot-holed maze of rebar and concrete – a "public nuisance" until property owners Vic Ayad and Dick Clark leased to Andi Scull Cheatham (she of HOPE Farmers Market). Indeed HOPE pulled a miraculous feat in a quickly condo-izing Austin – leaving some space to breathe, paint, and wander. Now it would be unthinkable to block the view of the historic Castle looming above. 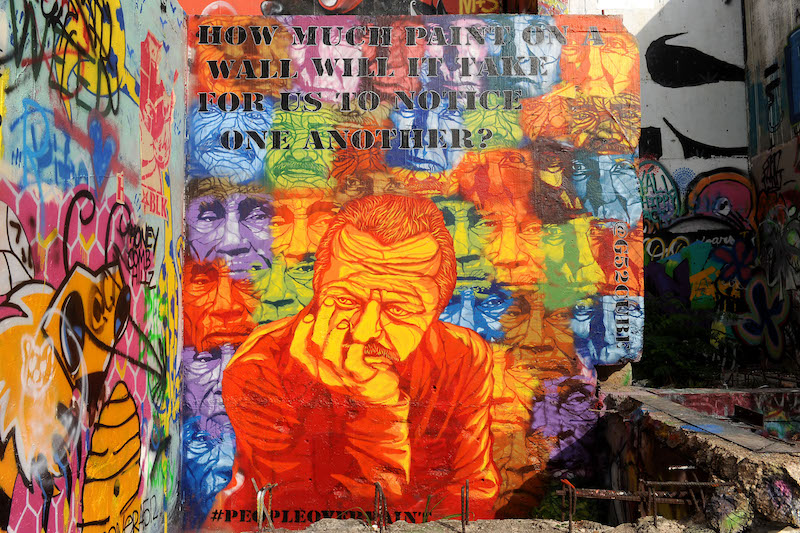 Dave Steakley is no stranger to accolades, and there’s a reason for that: Austin theatre wouldn’t be the same without him. ZACH Theatre’s producing director has been pushing players and audiences to mature and challenge ourselves for more than 20 years. He has put his own spin on plenty of classics (including this year’s The Who’s Tommy) while forging a strong local identity with such productions as Keepin’ It Weird and Red Hot Patriot: The Kick-Ass Wit of Molly Ivins. The capper is his devotion to ZACH's new Topfer Theatre space, which opened last year. Happy ninth "BOA," sir; here's to many more.

An Austinite since 1999, Tim Doyle can proudly say his entire career has been truly behoovy for the city. His work is an artful spin on comics and pop culture (which made him the perfect pick to help Tim League start up Mondo, the visual design arm of the Alamo Drafthouse). Doyle's own ever-expanding empire of badassery is topped by his Nakatomi Inc., a hothouse of prints, posters, stickers, comics, and "nerd fashion." Nerd?! Who you callin' a nerd, geek?