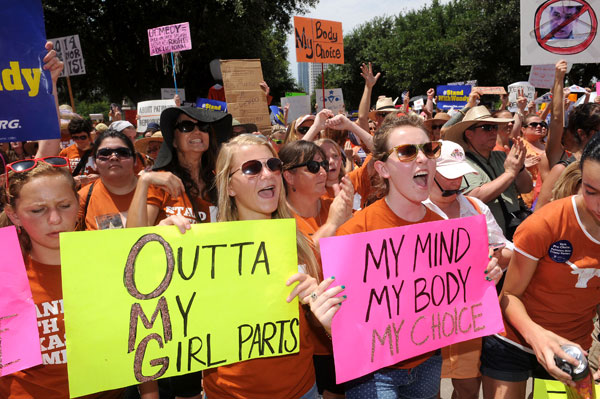 For Fight Back Texas, the 2013 filibuster was just the beginning. Reigniting the fervor from last summer’s historic outpouring of orange-clad citizen activism against draconian anti-choice legislation, a coalition of dedicated progressive advocacy groups – the ACLU of Texas, Whole Woman’s Health, the Texas Freedom Network, NARAL Pro-Choice Texas, and the Texas Research Institute – have created a new campaign that keeps the momentum going. “A year later, we are louder, stronger, and more determined than ever,” write fierce pro-choice advocates, giving us all hope, as the fight for reproductive justice is far from over.