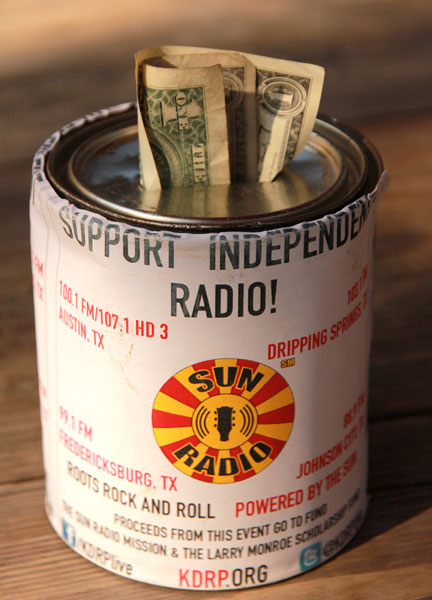 Solar-powered and just as sunny, KDRP has been tenderly tending the roots of roots music since its inception in 2009, and in that short time has become a haven of hamstrung heroes of radio like the dearly departed Larry Monroe. "Roots" is defined by the deejays with a focus on Texas and Americana music. On any given day, that could mean Allman Brothers, Slaid Cleaves, Johnny Cash, Ruthie Foster, Steve Earle, Muddy Waters, Keb' Mo', Billy Joe Shaver, and/or Shelley King, all curated by passionate music lovers and expats of commercial and more tightly controlled radio stations. Their Wednesday night Texas Music Live at Güero's Oak Garden, 6-8pm, has become a staple of the live music scene and perfectly reflects the station's mission to preserve the culture of Texas music with minimal impact on the environment. As the late, great Larry Monroe (who donated his archives, including 50 years of recordings to the station) said of KDRP, "Part of the mission is freedom …. It’s about freedom to express ourselves and for the public to express themselves." Clear ears, full hearts, can't lose.