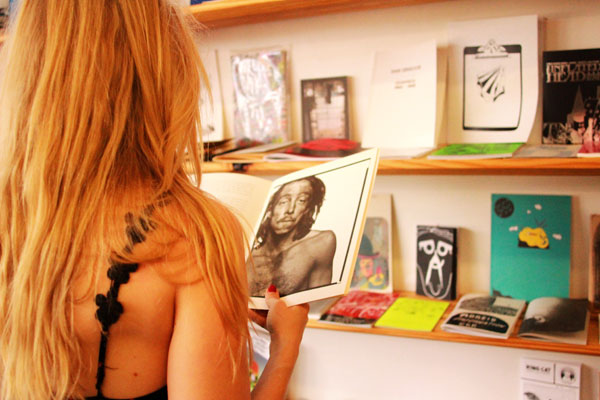 When Austin's Domy Books shut down in 2013, a Kickstarter was launched by its former staff to fund a successor at the same site: Farewell Books. Just as Domy did, this progressive bookstore specializes in rare art books and esoteric tomes. The whole selection is meticulously curated to pique the interests of the urban intellectual. Essays by French philosopher Gilles Deleuze comparing capitalism and schizophrenia, a Joycean tome of gibberish wordplay called "Meatphysics," an ultraviolent graphic novel made in the style of underground zines, what appears to be an actual samizdat. And everything is in Helvetica. Farewell also doubles as a community hub for the Austin arts scene. The gallery that takes up half the building's space holds a new opening for a local artist every six weeks. Other cool arts stuff happens on the regular: release parties, poetry readings, and performances. It's safe to say that this bookstore is independent with a capital 'I.'