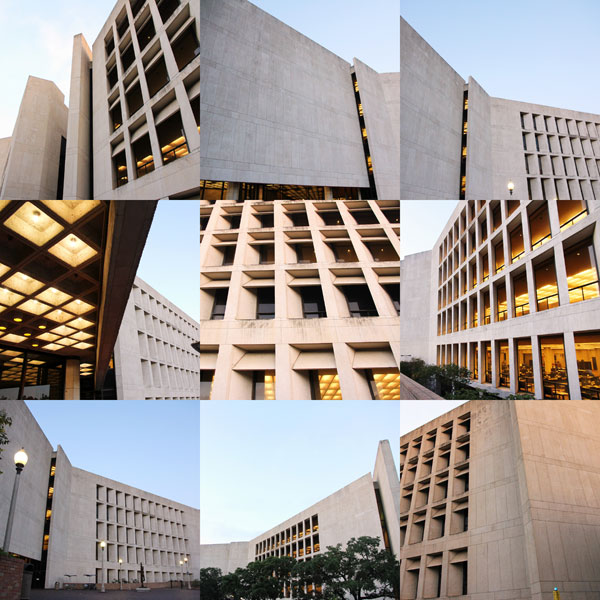 For too long has the PCL been one of the most underrated architectural works in town. Perhaps it's because the primary visitor base (students) only know it as the book-prison made for cramming. Perhaps because some people just can't appreciate architecture unless it's made of glass and has Shakira curves. But this library is a prime example of the oft-forsaken school of Brutalism, the midcentury concrete architecture commonly seen in government offices, institutions, and project housing. Though it's been long out of style, surely the hipster epicycles of cool make it due for a comeback? The PCL was opened in 1977 – near the very end of Brutalism's reign – but the outside edifice displays all the fundamentals: an imposing fortress-like appearance, sharp angles, a complex form out of simple geometry, rough macro-texture of repetitive windows, and those awesome walls of concrete that threaten to smash your ignorant meatbrain into a state of education. On a side note: Contrary to popular belief, the outline of the PCL does not look like the state of Texas. It's officially called a "rhomboid shape."