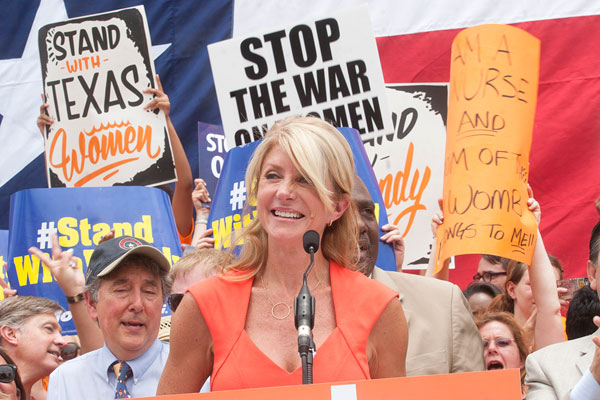 How did a Fort Worth state senator become the most popular politician in Austin? By standing on her feet for 13 hours without a break, filibustering the GOP’s latest round of anti-women’s health bills. Davis knew what she was getting into – she did the same thing when Republicans tried to slash school funding in 2011. And it doesn’t matter how many times the repressive hordes of the anti-choice movement call her Abortion Barbie. Our voters know that this smart, cool, single mom could be the next Ann Richards.