Sandy Carson's editorial and commercial work takes him all over the world, but wild America is what truly captures his heart. Through lost highways and all around the concrete jungle of Austin, this Scottish-born photographer hunts for the perfect photo. Whatever the subject, wherever he finds it, Carson's unique vision and technical profession combine to create extraordinary glimpses of life.

A picture by Annie Ray is worth much more than a measly thousand words. Her incredibly vivid photo-booth shots are full of spirit and humor, palpably demonstrating the precision and heart behind every frame. Annie Ray captures and presents important moments the way you want to remember them: bright, beautiful, and bursting with life.

The Chronicle was founded in 1981, and Marjorie Baumgarten was there from the beginning – answering phones, setting type, and eventually setting the standard for film criticism in our fair city. While her cinematic loves are far-ranging – from Max Ophüls and Agnès Varda to Nicholas Ray and Stephanie Rothman – she’s also poured her considerable passion into the Austin film community, championing generations of filmmakers and nurturing fellow film critics. One tough cookie, she hardly ever hands out five stars – but we think she deserves a whole solar system.

Addie Broyles is certainly busy. In addition to her column in The Austin American-Statesman and the Relish Austin blog, she’s the special projects chair for the Austin Food Blogger Alliance and pens her own blog, the Feminist Kitchen. Community-driven and digitally hardwired, beloved Broyles is on a mission to make food a priority.

It's a bird, it's a plane, it's Super Yorkshire! You've seen Richard's byline on everything from "Lege Lines" to his weekly genre film column, "DVDanger," and maybe you've even seen him on the sidelines at a Roller Derby bout. The man is all over town and all over his beats, and we're all over the moon for our resident Brit.

You know that moment when you’re lying on your couch, binge-watching Buffy and you’re fresh outta cheezy poofs but there’s no way in hell you’re putting on pants to go buy more? Never fear, Lazy Austin! Favor App is here to help enable your bad habits. All you’ve gotta do is pop an order into your smartphone, and a runner will do whatever schlepping it takes to get you back in snacks. 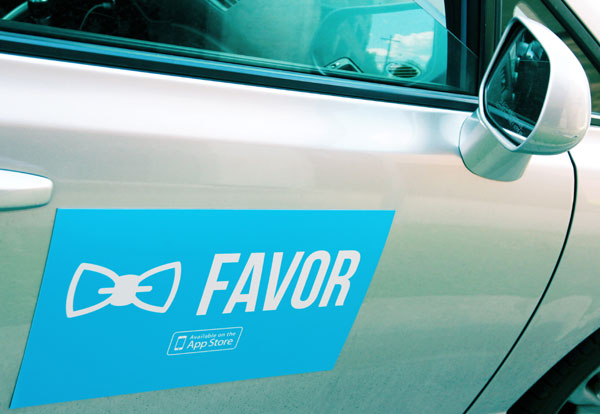 Much like the history of politicians, "BOA" voters can't decide which local blog is the best. Comparing these two is like apples and Burnt Oranges: one provides an in-crowd look at Austin life, culture, and music; the other is a widely respected political blog dedicated to meaningful discussion and action. Of course, we won't make the Burnt Orange Report and the Republic of Austin debate, but we will say that one published videos of Kinky Friedman stand-up during the 2006 Texas gubernatorial election and the other aims to be the city's online, pop-culty, multimedia music miscellany. You be the judge.

We tip our caps to the Texas Tribune. It's hard to believe that Evan Smith's nonprofit news org is only now finishing up its fourth year, given how quickly it became a household name in Texas political reporting. (It doesn't hurt that they've partnered with The New York Times as the Grey Lady's go-to resource on our fair state.) The Trib's staff is small but fierce, churning out incredibly useful resources from interactive redistricting maps to daily digests, as well as live-tweeting during special session ballyhoo. To top it all off, TexasTribune.org is a sleek and simple site that makes it easy to navigate, read, and share all your favorite content. It's impossible to visit and not learn something new, and that fact is a tribute to the Trib's fine work.

You had us at the opening bars of Tori Amos' "God," Godless Bitches, a podcast dedicated to exploring the powerful nexus of feminist issues and atheism/secular culture. And no, Sally, yoga is not a secular practice. The brainchild of Beth Presswood, who does a bang-up impression of the most prayerful Southerner you've ever met, the (mostly) monthly podcast is a much-needed voice in a state which often blurs the lines between church and state. Keep drinking your tequila and Kool-Aid, Beth, and we'll keep listening!

Extra! Extra! Read all about it. KXAN wins Best Local TV News award for the third year in a row. Public not surprised as they have been consistently on top of Austin's issues for decades. Texans know who they can count on, wind, rain, or shine, good, bad, or ugly.

No need to get moody because you didn't score free tickets to a taping of Austin City Limits. I'm sure millions of people by now have been in your shoes, since ACL began showcasing what seems like every major music artist since 1974 and is now the longest-running music program in TV history. You can always try your luck again. Like Charlie and the golden ticket, perseverance pays off. Just don't think that entering the online ticket giveaway multiple times will improve your chances of winning, because it won't. You'll be deleted.

We tip our caps to the Texas Tribune. It's hard to believe that Evan Smith's nonprofit news org is only now finishing up its fourth year, given how quickly it became a household name in Texas political reporting. (It doesn't hurt that they've partnered with The New York Times as the Grey Lady's go-to resource on our fair state.) The Trib's staff is small but fierce, churning out incredibly useful resources from interactive redistricting maps to daily digests, as well as live-tweeting during special-session ballyhoo. To top it all off, TexasTribune.org is a sleek and simple site that makes it easy to navigate, read, and share all your favorite content. It's impossible to visit and not learn something new, and that fact is a tribute to the Trib's fine work. 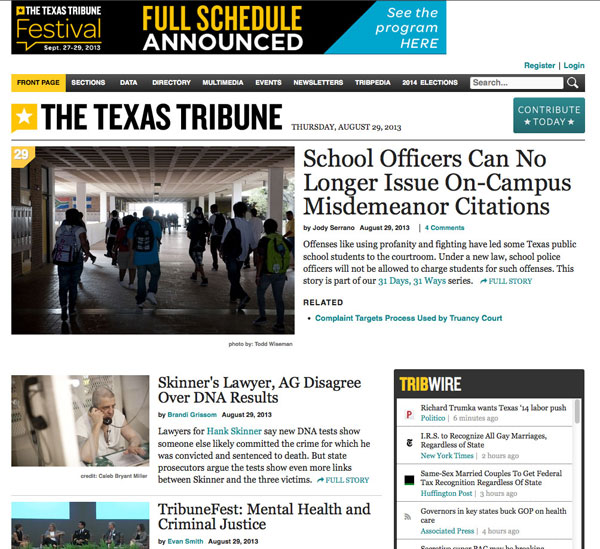 Your morning commute is bezonkers, so stream some sanity with Jason Dick and Deb O'Keefe of 101X. Morning show success is beholden to on-air chemistry between deejays. Deb's ineluctable charm and wit has real bite, and self-deprecating dudebro Jason is the perfect foil. It's a morning show ... con huevos and clotted cream.

Since its launch in 1958, 90.5FM has held a special place on Austin's radio dial. This University of Texas-based public radio station became an NPR charter member in the Seventies, and the resulting blend of public affairs programs (All Things Considered, Morning Edition) and homegrown music shows that listeners planned their weeks around (Can you say Twine Time? Eklektikos? Can you spell Aielli?) made KUT Austinites' go-to station for national news and breezy listening. Last year's migration of the music to new sibling station KUTX 98.9 gave news junkies new global sources for their information fix (BBC's World Have Your Say, Q with Jian Ghomeshi, TED Radio Hour, et al.) on KUT, but the station's commitment to local coverage has grown as well, with long-running in-house program In Black America supplemented by an expanded local news division and regular shorts like Cecilia Nasti's Field and Feast, This Week in Texas Music History, hosted by Texas State professor Gary Hartman, and the new Two Guys on Your Head.

Longhorn football has been a drag-and-a-half the past few years, but our friend Mike Barnes is staying stronger than ever. His bread and butter lies in local high school football with Friday Football Fever on KVUE. He’s been in the Austin sports scene since ’87, and he’s probably going to be around for a long time. And that’s okay. Texas’ football power exists because of people like Mike Barnes. Keep on keepin’ on, Mike. We dig what you do.

First, there was the Big Bang. Then, there was Quita Culpepper. Oh Quita, how we love thee, let us count the ways ... After dominating the Best TV Reporter category at KVUE for a gabillion years (seriously, a gabillion!), Quita has finally moved up – to take the top spot as our Best TV Anchor. What can we say about Quita that we haven't already said? Let's just say this: She. Is. Awesome. Charming, smart, engaging, and so very Austin. And if we were bettin' folks, we'd have to put big money on the notion that this will be only the first in a long line of wins in a new category for our most indefatigable TV newswoman.

Shannon Wolfson started as a general assignments reporter at the NBC affiliate KXAN in 2006 and has quickly climbed the local TV news ranks – to be seated as the 9pm news anchor for the local CW and then, last year, to rejoin KXAN as a kickass investigative reporter. From helping the Austin Police Department recover $400,000 in fees owed for security services dating back nearly a decade to bringing to life the story of Michael Morton, freed after 25 years behind bars for a murder he did not commit, her tenacity and dogged reporting have won her accolades – and has made Austin a better, and more just place.

Is anybody at all surprised? This is Jim’s 15th “Best of Austin” award. Even more impressive than that, he’s been awarded Weathercaster of the Year by the National Weather Association. We know him as our go-to guy for hopeful weather changes on KXAN. He always humbly gives us a straight answer in the next-door-neighbor manner we find so assuring. His charity work with the Muscular Dystrophy Association telethon each Labor Day weekend is also comforting and inspiring. We hope you stick around, Jim. 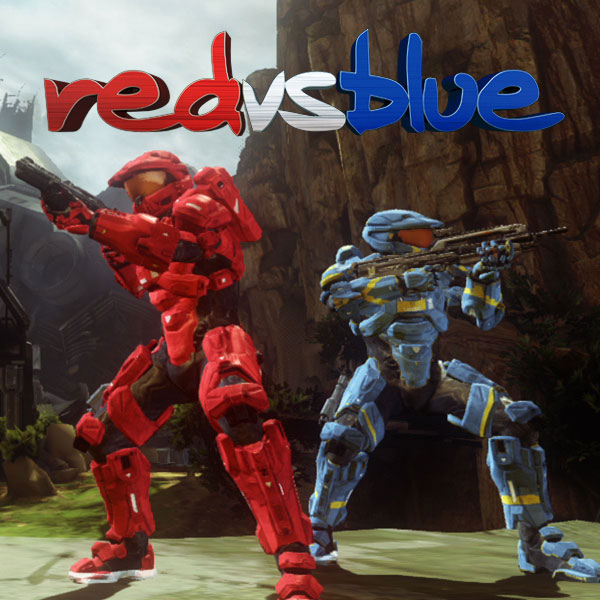 Our cultural color war gets whimsically mocked in this satirical Web series, which is not much different from when you and your buds played with plastic army men. A group of petty, unknown soldiers of red and blue bicker and ponder the nature of war with grit and wit, but with a purple heart at the center.

The folks with KXAN.com have the whole website simplicity concept down - nothing flashy, just easy to navigate. Pretty much everything one could desire from a news site is in front of the eyes upon opening the page. Trending stories are located on the right-hand side, the weather forecast is large and catches the eye in the top right corner, and links to current articles are easy to view in the center of the page. Videos, photos, and local headlines are down the page a tad, and their “In-Depth. Investigative.” slogan is even a category at the top. Not bad, KXAN. Not bad.