Looking for a new bartender bestie? Then our readers have got the perfect fellas for you. Bobby Cook, king of the gay strip (and amateur strip-off), serves drinks with a wink and a smile at Rain. Over at the Workhorse Bar, Jason Shell is the drinking buddy you can always count on, ready and waiting to fizzy-lift your spirits. Don't be shy: Go sidle up to that bar and drink and be merry with these two lovely gentlemen.

It's one thing to bring a crowd to its feet. It's quite another to bring it to its knees. Original founding member of Austin's the Jigglewatts, Coco Lectric has "it" – that elusive, unquantifiable yet unquestionable something, that effusive spirit and smile that keeps her landing solidly at the top of the burlesque heap. No surprise that the heap extends beyond Austin's considerable pool of striptease talent, as Coco and the rest of the J'watts crew have recently been seen slinking across the Southwest repping the Lone Star and wowing crowds in L.A. and Vegas. OK, West Coast, you can dust off those knees now. 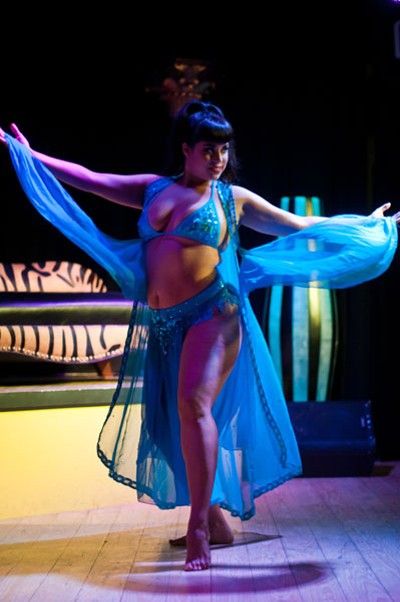 Held weekly at Barbarella, TuezGayz is a dance party extravaganza. DJ Glitoris will make sure you get sweaty nasty as he and his crew play all the electro-indie-homo jams that will "make your ass clap." TuezGayz also offers some great drink specials so you can slurp down some liquid courage before you bust out that twerking you practiced alone in the mirror. Essentially, if you want to ring in hump day the right way (and that would be with a hump), head over to TuezGayz.

We get it, Austin; arcane ingredients and recipes pull a Symbionese Liberation Army and hold your whistles hostage. Your inner revolutionary-to-be wants a slow drip, drip, drip, drip of the absinthe-oriented menu at Peché or the low glow ambience and belly-warming concoctions of Brooklyn-import Weather Up. It's clear you've got needs and dreams of a brighter tomorrow, Austin; now get out of that closet! We just hope you don't change your name. 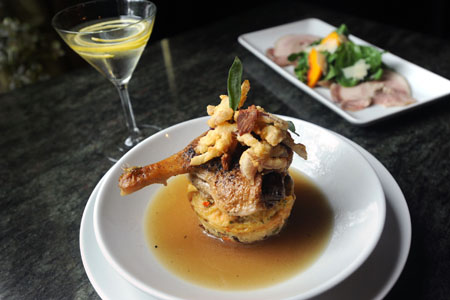 Oh, pretty Paul. Every night before we go to bed, we say prayers to baby Jesus that we'll wake up looking just like you. Rebecca Havemeyer's Southern charm and blonde coiffure are just so darn perfect! And while Christeene is, well, a little rough around the edges, she does have a certain je ne sais quoi. Paul, we love you, and we love your invigorating brand of drag terrorism. But, more importantly: What is your skin care secret?

Of all the film festivals in all the film joints in this town, our readers had to walk into the Paramount Summer Classic Film Series, again and again, for nearly 40 years. Every summer, the revered old movie theatre lovingly selects more than 125 movies, often paired into double features centered on clusters of themes that help Austinites beat the heat while getting a celluloid education. 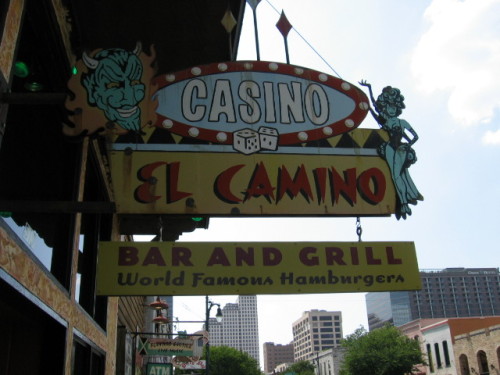 Come on down! You're the next contestant on Jackpot Jukebox, brought to you by Casino el Camino. Whether you play at the classic or new location, you can win many fabulous prizes like Johnny Cash, Diamond Dogs, the Jimmy Castor Bunch(!), "Road Runner! Road Runner!," and so many more than your brain can process as your finger hits that button to pop those pages. Everyone's a winner, baby; that's the truth at Casino el Camino.

Unlike other places that just dabble in the Japanese-bred art of karaoke, Ego's fully commits itself. Singers and saaaangers both find a home in this cozy space. Their book is not to be believed (we may or may not have sung Fannypack's "Cameltoe"), and the crowd is lovingly heckle-free. So try out that Beyoncé-inspired vocal run, girl, 'cause you've really got nothing to lose but your dignity and self-respect. Shake your tail feather, drink a kombucha cocktail, chill outdoors, or eat some delectable (with vegan options!) food-trailer grub. Cheer Up Charlie's is a queer little gem on East Sixth with just the right amount of Austin weird to make your merry go round. (Have you been to "Best of Austin" award-winner Stanley Roy's, aka Fantasy's, insane monthly Show 'n' Tell show?) Although the club's inside is small, the outside is where the heart of CUC beats. Hang under the charming parachute-covered patio strung in lights, and enjoy the free-loving fun vibes with some fellow, fabulous HOMO sapiens.

Block-rockin' beat junkies look no further. Everyone can get their fix from something in DJ Mel's bag of tricks. Fiending for some perfectly mixed hip-hop? Searching for a funky beat to soothe your soul? Post up in front of DJ Mel's decks and heal yourself. Side effects may include a goofy smile, dance fever, and the shake, shake, shake your booties. 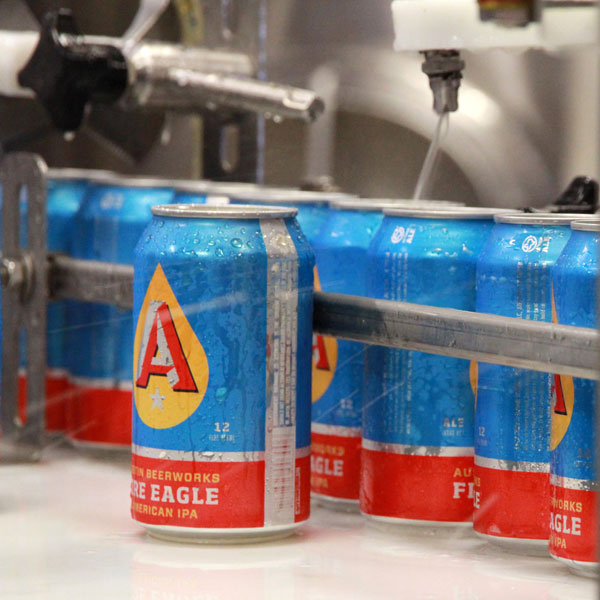 Richard Linklater's Before Trilogy spans the near entirety of his career and effortlessly describes one the auteur's key strengths: dialogue. As in real life, some of the junk that comes out of our mouths masks other motives – and Linklater knows this too well. The filmmaker gave Austin's particular patois a national platform, and to that we say: "Now fry like bacon, you little freshman piggies!" 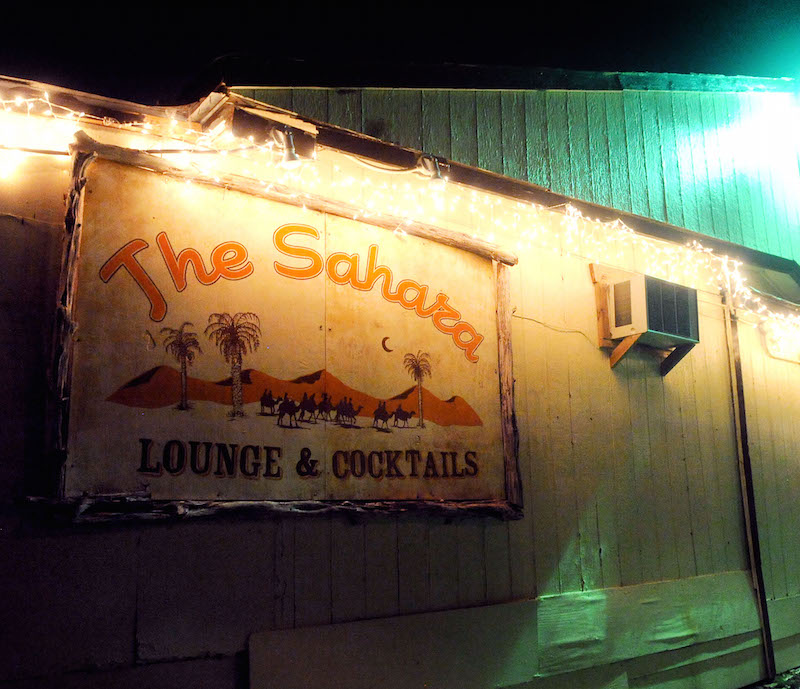 Over on the Eastside, away from the hum of the city, rests a peaceful oasis – unless you count the floor-quaking, heart-shocking nights when Body Rock, Soul Happening, or Africa Night are rattling the walls. Let's just say that any time there is live music or a DJ, Sahara will be an oasis, but not of the peaceful variety. This hallowed juke joint is not a mirage, but the earthly pleasures that lie within might make you pinch yourself to make sure it's not a dream. Let the live bands, soulful divas, comfortably mixed crowd, and frosty drinks take you away, because Sahara is real as rain, deep in the heart of Texas – just a lot more reliable.

Friendly and fierce, this libationist is a mean muddle-shucker. We recently followed her adventures via Twitter as she attended NOLA's Tales of the Cocktail. To say we lived vicariously through her would be an understatement; we were practically drunk with anticipation of all the fancy fancies she'll be bringing back to her Downtown gig at the W. Their range is Mariah Carey-esque: From rock 'em, sock 'em giant robots ruining the universe to the audible squees of Girlie Night and the occasional rarefied 35mm gem, cinephiles and pop culture junkies find common ground here. Plus, once you witness the Alamo peeps make good on their promise to throw out rude-ass chatterers à la Bongo the Gorilla from Who Framed Roger Rabbit?, you'll know you've found a love that stretches from here to eternity.

The battle for best new place to get your drink on has, this year, ended in a tie – between two very worthy winners. First up, we have Whisler's, which has taken over the much-beloved Rabbit's Lounge at East Sixth and Chicon Streets in the heart of East Austin. The drinks are cold and served with a smile, the clientele is friendly, and the scene remains classic Austin. Hey, even Rabbit himself – proprietor of the legendary haunt named for him – likes the place, at least enough for it to play host to his 80th birthday. What better endorsement could there be? Second up we have the hottest venue south of the river, Moontower Saloon, which is more a lifestyle choice than a mere watering hole. On three acres of land, the proprietors of Moontower bring a whole new meaning to the idea of a neighborhood bar. There are drinks, of course, and so much more: food, movies, volleyball, and music – just to name a few of the niceties that make this place no mere bar, but a destination address. 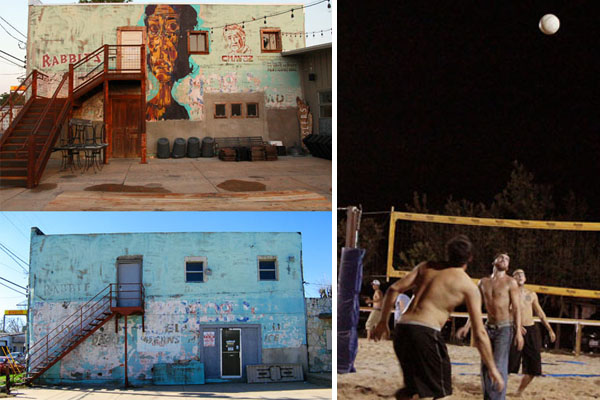 Someone kiss the booking guys (Dave Pantano and Tony Castro) at Castros for hosting the most diverse assortment of queens Austin's yet seen, from the atavistic antics of the Poo Poo Platter cabal to the swanky opulence of mama Nadine Hughes and family. That's not even mentioning the ever-bountiful array of RuPaul's alumni passing through like a shady homo-hurricane. Lay it to waste, ladies.

Best Party of the Year
South by Southwest

It's 10 full days dedicated to the freshest in music, film, and tech. Full-frontal, sensory overload, waking wet dreams for every audio/cine/technophile in sight. All the bands/films/tech gods you ever wanted to see, waiting for you just on the other side of the line. The cherry on top? The massive, citywide block party that the community at large has created around what was originally intended as an industry conference, plus the quality of free official shows SXSW hosts at some of Austin's most prime public spaces, like Auditorium Shores and City Hall: no bracelet, no badge, no problem. 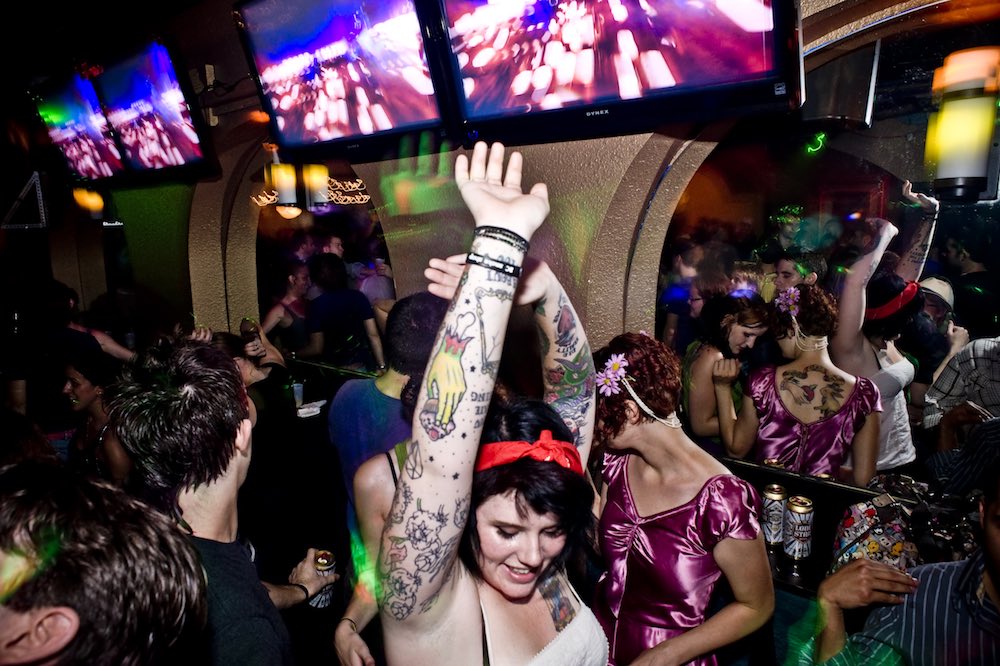 Barbarella has the music and the dance floor space to have you shakin' your ass 'til the break of dawn. Austinites of all flavors come together under these flashing lights and glittery disco ball, thanks in part to genius weekly theme nights like the Glitoris' electro-pop-saturated TuezGayz and the rock & soulful Grits and Gravy Thursdays. Come as you are, because no matter how drunk, drenched, or rhythmless you might be, at Barbz we're all dancing queens.

Maggie Lea’s got the right idea when it comes to uniting and innovating the city’s arts and culture scene. Not only does this former UT poli-sci buff curate the music and event roster at Cheer Up Charlie’s (and throw a notoriously mean party), but she’s also responsible for spreading the gospel of indie movies within Austin's ever-lovin' city limits and beyond as the co-founder of Cinema East. Hats off to this very cool, very diligent lady.

Here's our advice to you, Geeks Who Drink n00b: Focus on the most important thing – your team name. And while "#shartweek" is hilarious, we heard two different teams think of the same name within the space of a week. No actual points are awarded for creativity in this field, but trust us, you could come in last place ("dumb as a bag of MC Hammers") and still wind up on top of a bunch of drunk nerds' hearts. Oh, and you also need to be smart, have smart friends, or at least have enough drinks to cling to the delusion that you're smart, because they don't call it Geeks Who Drink for nuthin'.

One of the most well-known game developers in the industry, BioWare has been churning out blockbuster science fiction video games like the Mass Effect series and Star Wars: Knights of the Old Republic, which tested the ability of the medium to tell an intricate storyline. BioWare’s Austin office quickly became the crown jewel of Austin’s gaming industry when it was announced it would produce another Star Wars entry, this time an MMO called The Old Republic.