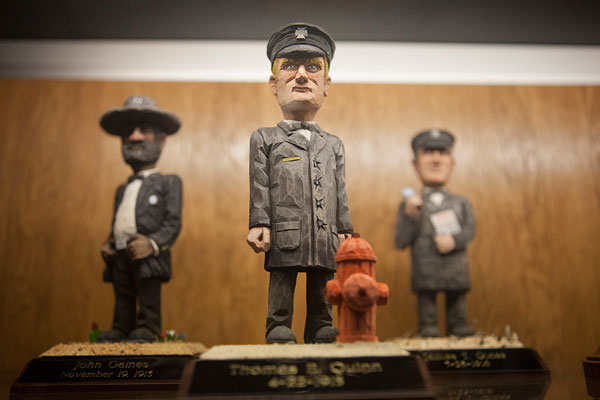 Most Touching and Informative Homage

On the first floor of City Hall, retired Police Captain John N. Vasquez has placed his hand-carved figurines of every city of Austin employee who has died while serving the city. Each of the figures is in uniform – from firefighters to secretaries – with a plaque that identifies them by name. Mounted next to the display is a searchable database of all the names, telling their story. Above all, it's a thoughtful tribute, but it's also a compelling reason to learn more about everyone from Austin's First Chief of Police, James N. Littlepage, to Roy D. Schmidt, an electrical repairman who was killed by Charles Whitman while on a utility department call.