Darla's work is a beautifully rendered marriage of old-fashioned photography technique and new-fashioned computer magic. Her images are redolent with gothic glamour. She makes haunted surrealist works, heavy in symbolism, often made wonderful by her use of color. Austin has voted, and Darla is dreamy.

Check your shyness at the door, kiddos. One smile from Austin’s photo-booth queen, a sift through her arsenal of clever props and accessories, and your inhibitions are set loose to double-down on your picture-perfect persona. Annie’s trademark photos are an unmistakable burst of color and class, making each of her snapshots of you match what we think of her: a one-of-a-kind keepsake. 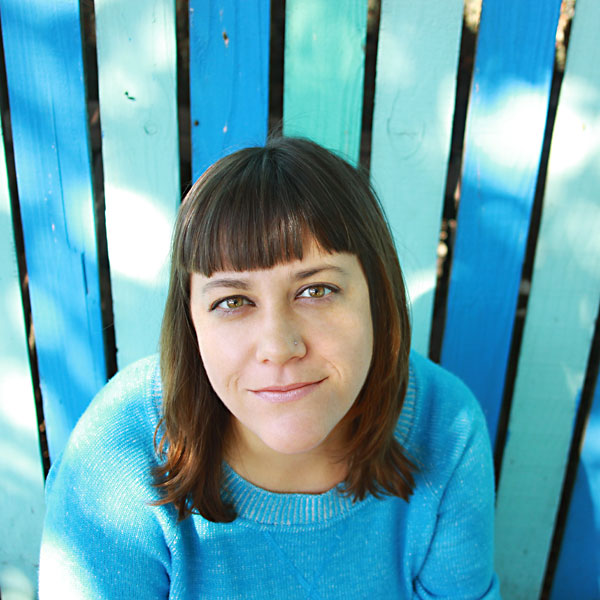 She knows that Bubble Boy is a forgotten gem and The Dark Knight's grunts amount to little. We trust her to separate the wheat from the chaff in the Twilight, Harry Potter, and Bourne series. Most of all, week after week, we trust Jones will give everything from teensploitation flicks to foreign documentaries the same critical eye and not be afraid to say "Bandslam and Hancock are worth your time."

With her position on the board of directors of the Austin Food Bloggers Alliance, the Statesman's go-to food gal helps set standards for her field, defining and connecting the people, places, and delicious things in the local food scene. Addie Broyles: will work for food.

It's a double-header year with "BOA" veteran Jordan Smith sharing top honors with Richard Whittaker, and we couldn't be prouder because they hang their hats here. Two of the hardest-working journalists in the business, Smith and Whittaker churn out gems week after week. (Maybe you've noticed they're also prolific?) Smith is an award-winning investigative reporter who covers criminal justice and reproductive rights. She hits the streets like a bloodhound sniffing out stories that others would rather go untold (we think she may have a trace of Doberman in her, too). As for Whittaker, he's a U.K. transplant, so in our view that makes him the resident authority on politics and, well, just about everything. His specialty of late is education – he's thrown the book at the Austin school board a time or two – but his interests are many and varied – everything from bangers and mash to burlesque, roller derby to haunted houses – and his heart is true. We're fortunate to have a writer with his bandwidth, and regular readers have no doubt seen his signature throughout the paper. We know it's not polite to brag about your kids, but we think ours are great. And we're plum tickled you think so, too.

Well, duh. He's long been among the city's favored writers, way before his Dalton-published Harold, the Illegitimate Son of God was picked up for paperback reissue by Soft Skull Press, and he'll continue to be that, long after his next novel, next spring's Everyone Says That at the End of the World, has reached the pinnacles of literary cred – the $3 carts at Half Price Books. And that's not only because Egerton so frequently appears with Master Pancake Theater and hosts Alamo Drafthouse shows and doctors Hollywood screenplays and is one hell of a sweet and funny guy. More like: Because he's one damned fine wordsmith and we love his books.

With cheeky news and concert reviews, Austinist has got your back for local flavor. Sometimes it's sassy, but always informative with timely, insightful posts for the locals, from the locals.

What’s that …? Feeling inundated, supersaturated, and overstimulated? It’s easy to suffer from a paralysis of choice in a city that has tons of equally appealing events happening every single day. Luckily, Do512 does the hard work for you, and sorts out the best live shows, art shows, films, and happy-hour options. Trust us.

If one of Texas’ esteemed politicians says something outrageous, you can bet KVUE.com will be on it. If there is a robbery or a murder, they’ll have the write-up, updated and revised, online quicker than Kelly Rowland can say “motivation.” In the information age, speed is everything, but journalism counts for something too! No one beats KVUE in getting it right. And that banner image with the Terri, the Tyler, and the Murr-icane! Worth it.

One talks and one rocks. That's where our podcast winners intersect on the digital avenue. The Hodgecast, shorthand for the Charlie Hodge Show and named after the former third man on KLBJ's Dudley and Bob Morning Show, has evolved into a must-listen, rollicking hour of jokes, music, and exclusive guests, including Lance Armstrong's attorney, breaking the silence on Armstrong's troubles with the U.S. Anti-Doping Agency on a recent show. Meanwhile, over on the House Hookup, DJ Kadabra – that's Dustin Kinney – digs deep for his beats. Each 60-minute mix climbs down house music’s neon caves, admiring the funky formations from classic acts Shades of Gray or newcomer Jesus Pablo. This is the best of underground sound. Consider Kinney your spelunker.

In the age of the 24-hour national news cycle, we sometimes lose track of what is happening in our own backyard. Luckily, Austin's news rivalry serves the community well. Again this year, KXAN and KVUE were in a dead heat. KXAN boasts the dynamic anchor duo of Robert Hadlock and Leslie Rhode and the always provocative investigative reporting of Chris Willis. At KVUE, a team of reporters help Terri Gruca and Tyler Sieswerda stay one step ahead. Neilsen may not like it, but our readers seem to flip between these two TV eyes.

Every year since 1974, ACL opens up like Wonka's chocolate factory for a handful of exclusive tapings. A few lucky boys and girls get the golden ticket to go see their favorite artist perform, from stadium-ready acts like Radiohead and Wilco to more personal artists like Bon Iver and Bonnie Raitt. The rest of us don't need to fret, though. Austin City Limits is shot, taped, and edited with that intimacy in mind; you might as well be right there looking up at Lyle Lovett's nostrils. Now the longest-running music program in TV history, ACL is a sweet treat that only gets better with age.

They say you can't judge a book from its cover. That's why we're glad that Edible Austin is a magazine. Each issue starts with a delectable still life, previewing the freshness within. A combination source book and food salon, Edible is a tasty bible for Central Texas locavores.

Around the time Richard Dawkins was on a book tour for Unweaving the Rainbow, a scrappy cast and crew of Austin's own The Atheist Experience was exploring atheism, ethics, reason, and science - taking calls from true believers and nonbelievers alike. Fifteen years and more than nine million (!!!) YouTube hits later, the shows keep on coming like clockwork. Yes, but who … made … the clock?!?! (Humans.)

Jason Dick and Deb O'Keefe are irreverent, irrepressible, and most of the time just plain silly. Deb, in addition to having the best radio voice ever, also manages to be one of the only commercial female jockeys to play more than a supportive, laugh-at-his-jokes role on a morning show, which is awesome because sometimes the loveable Dick Man really steps in it. Hats off to Jason and Deb for consistent wittiness before 10am. Heck, we're impressed that they make it to work at 6.

With new digs and sweet new programming (Laurie Gallardo in the evenings is a lovely curatorial choice – finally), KUT is poised to be even better than it already is. And it's already great! Weirdo O'Dark 30 highlights indie-produced radio work at the ur witching-hour: Sunday, midnight. Like fellow KGSR ex-pats Susan Castle and Kevin Connor,radio-hopping Jody Denberg has entered the fold, and Texas Music Matters privileges our collective state musical heritage. Of course, we could be even more effuse here, and prattle on, but our readers know that all it takes is a turn of the dial (a press of a button?) to find sonic bliss. 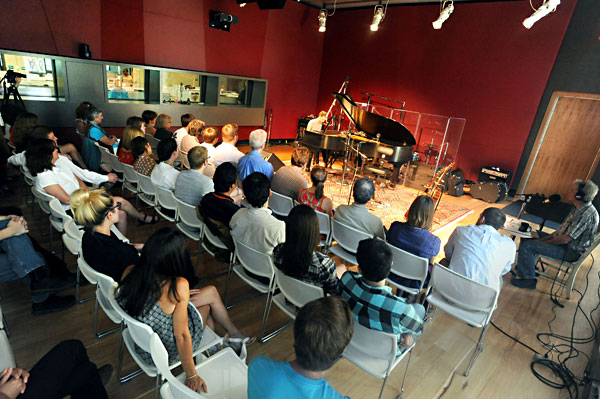 KVUE's sports director has been at the top of his game for more than two decades, covering Super Bowls, high school teams, and the Texas Longhorns – including coverage of UT's 2006 national football championship – with style and authority. Viewers beware: Barnes' "Friday Football Fever" may be contagious. These local sports segments, the original Friday Night Lights, if you will, have solidified his place in the hearts of many Austinites and have earned him "BOA" awards for the past decade. Barnes can also be seen on his "Texas Tailgaters" show, which airs before every UT football game, as well as the station's regular weekday sportscasts.

Judy may wish we forgot, but we remember her fabulous 'do in the '90s. We also remember, and incessantly imitated Fred Cantu's accented sign-offs, wishing to be a little closer to the man's brightness. These are the giants of Austin tele-visual news, and their reps precede them in only the most positive of ways. With authority and warmth they break that fourth (glass/plasma/LCD) wall and speak directly to us - delivering us tidbits without jocular commentary. They win in the sweeps of our hearts. 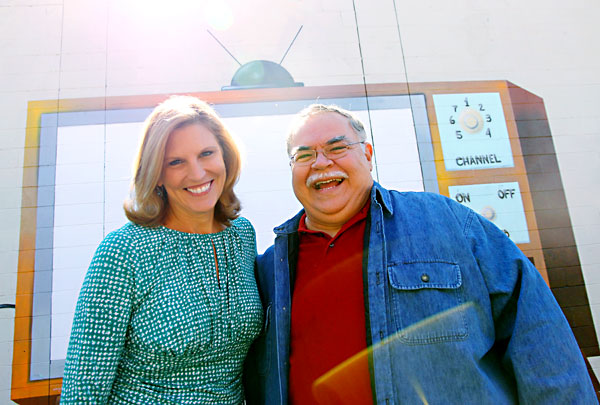 Quita, Quita, Quita, if you don't know it by now, what more can we say? We love you - we really, really love you. Culpepper, the indefatigable reporter (and early evening anchor) for ABC's KVUE news is a real shining star in the city - and we hope she never, ever, goes away.

Since joining the ranks at KXAN in 1990, Austin has had a hero on the sunny side of weather broadcasting. With an impressive 14 "Best of Austin" wins under his belt, Spencer is indisputably Austin’s King of Climate. Happy to, ahem, weather Central Texas’ unique disposition with us every night to help us plan our days has made him an irreplaceable part of Austin’s atmospheric awesomeness.