A piece of "social acupuncture" which puts clippers in the hands of 5th graders instead of relegating them to the chair-and-bib routine, resulted in one of the most moving, hilarious, and demented works of guerrilla performance art of the 2011 iteration of EAST. A collaboration between indie-theatre/performance fest Fusebox, Toronto-based Mammalian Diving Reflex, and East Austin haircuttery Peacock Salon – Haircuts by Children gave kids tha powah. And when kids have power, things get gooooood. New fashions were created. Some kids wholeheartedly concentrated on the task at hand, taking a client's wishes into consideration; others blithely snipped locks freely. Adults had to trust kids, and kids held that responsibility with grace. We're only sad this doesn't happen every year.

Originally confraternities of craftsmen aligned by a particular art or trade, guilds initially shut women out of their ranks. But not so with Austin's Girls Guild. Think of it as Girls Rock Camp for the art set. Bombastic bursts of apprenticeships and workshops put girls into direct contact with women who are making their way in the world as artists and artisans. It's a great way to build a skill set or spend a Saturday afternoon learning to do something new. By honoring the girls' interests, Girls Guild instills in young women that they're "kind of a big deal" – an overt way of building solidarity and empowerment in the people who will one day define our artistic future.

Children may not have to be taught to be creative – they're pretty much hardwired to turn sticks into swords and carry on extensive conversations between dolls – but when their creativity gets locked away inside a dungeon of grownup rules and attitudes, they need someone with a key to set it free. In Central Texas, no agency has done that for more kids and done it more successfully than Creative Action. Formerly Theater Action Project (TAP), Creative Action has been able to, well, tap that natural spring of creativity to help kis develop emotionally, socially, and academically. As the organization's grown, it's moved beyond drama to include dance, music, visual art, film, and other media. But what won't change are the principles that the organization has employed in reaching tens of thousands of young people and that led the President's Committee on the Arts and the Humanities to name it one of the 50 top arts education organizations in the nation.

Like Mary Woronov and Gerard Malanga doing the whip dance (and deviant in only the most kid-friendly of ways), a Hey Lollies show is a delightful audio-visual happening. Here's a suggestion: Turn off the TV and head down to Cherrywood Coffeehouse to do the coffee dance, or hear Sal Amander's "Tale of the Springs." Guitar, upright bass, drums, uke, and puppets keep this trio's hands busy and tykes entranced. And, for the record, the group's unicorn boy puppet would make Geppetto weep.

This itty-bitty atelier is in its infancy but it's already making a big noise. Inspired by designer Nicole Labry's own tiny tots, Adorbz makes functional, quality, local garments with sassy prints and funky details. The fall collection includes a mini overcoat in grey, with pointy hood and vintage-comics print lining.

The parallels between children and goats are uncanny. They are both adorable. They both love to stand on top of things. And they both have a sort of omnipresent, erm, earthy aroma. Given that goats and children are so obviously soul-linked, we were filled with overwhelming happiness when we stumbled upon the goat pen at Sanchez Elementary School. We were just tickled to learn that the children of SES get to experience the wonder of bonding and growing attached to these strange, special creatures so like themselves. Kids grow and mature alongside the goats throughout the year until the springtime comes and they are auctioned off to new homes (the goats, not the kids). Only $150 a pop for a new goat bestie! Wait… cabrito is Spanish for whhhut?!

For a child, the Austin Celtic Festival is two straight days of magic. This historically accurate and beautifully authentic festival has plenty to capture the young imagination: feats of amazing strength by competitors in the Highland Games, a dog parade featuring Celtic breeds, traditional dancing and music, Irish storytelling, and an authentic reenactment of a Viking invasion. You don't need to be a son or daughter of MacGregor or O'Connell to have a guid time, ya ken?

Consider the four primary-paletted murals at Bedichek Elementary (Home of the Bobcats!) as kind of a "BOA" from kids. The project was part of the school's after-care program, Citizen Schools' Expanded Learning Time. Four community heroes (not often credited with their place in Austin's progress) each have their own wall on a portable that faces the front drive of the main entrance, and each mural extols virtues exemplified by the folks honored: performer, playwright, and artist Aralyn Hughes (creativity and joy), author and activist Raul Salinas (vision, knowledge), homeless guardian and chef Nubian Queen Lola Stephens (resilience, community, and service), and pioneering Texas naturalist (and school namesake) Roy Bedichek (leadership and respect). 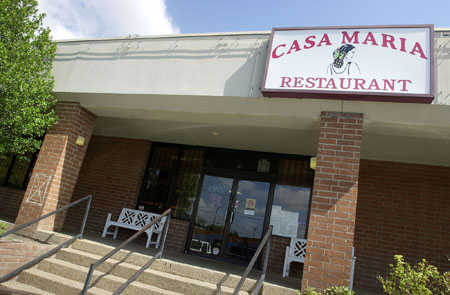 Down off of St. Elmo and South First (and now also in San Marcos) the staff at Casa Maria have been serving it up since 1997. What is "it"? Warm and kitschy decor. Twenty-five plus feet of fully stocked pan dulce cases, featuring an array of sweet empanadas, pink cake, cookies, and delicious, flakey, chocolate-tipped abanicos. It: a good reason to say the word "salchicha" as in, "Mi niño quiere la salchicha." Which basically means while mom and dad are enjoying enchiladas and slurping specialty margaritas from Casa Maria's full bar, baby Trey can get a hot dog.

Time slows down when you step into this old school drugstore. The Fonz. Sock hops. A simpler time. Slide onto one of the orange vinyl swivel chairs and lean across the soda fountain counter to place your order. Peruse the magazine rack and toy aisle while you wait – these shakes are made the right way. Thick and chocolatey, they're so rich you might end up in a shake coma. Maybe get a second straw if you're going steady with someone. Beware the clock though – it might just be a time portal to the Fifties.

The museum has four floors of things that kids of all ages love, from the largest flying creature ever discovered (the remains of the Texas Pterosaur) to fossil digs the entire family can enjoy. The exhibit halls are a great place to spend a rainy afternoon or escape a summer heat wave. You don’t have to be a student of natural history, paleontology, geology, history, or anthropology to enjoy the free show, and it might just inspire a budding young scientist. Closed major holidays and during UT home games.

The West Texas town of San Angelo specifically bans marsupials as pets. That’s how Jason, a red kangaroo, ended up at the Austin Zoo. All 350 animals at the zoo have a backstory, some tragic. Visitors help support the menagerie of former pets whose crime is outgrowing their owner’s ability to care for them.

Best Way To Bust Out Your Inner Beast
Monsterlove

Big-eyed, bubble-headed polychrome heads have been shown to reveal an inner creative persona – and it's a powerful metaphorical process of transformation. This papier-mâché, purple and green brainchild of cosmetologist/art therapist/do-gooder Sara Hasslinger asks participants young and old to create and don their own monster head. By sidestepping race, gender, and let's face it, species, Hasslinger's monster heads provide participants new ways of thinking about what art can be and who can make it. And hey, when you're not wearing it, hang the monster head on the wall. Voilà! Vegan taxidermy! To that we say: Aaaaaueerghhh! (eats tree branch in approval).