Austinites love to hula hoop. At concerts, at home, with friends, in the prison yard. It's practically an all-American pastime. Lustre Pearl opens its spacious backyard for part-time hooping enthusiasts to perform impossible bends and jumps that put amateurs to shame. In this fashion, one can enjoy an ice cold beer and the urge to hoop free of judgment - sometimes both at the same time.

A lot goes into the making of a good bingo hall. American Bingo has it all - a decent snack bar with a friendly staff, great games, good payouts, and a fantastic caller (who has as much fun with the wild numbers as we do). Raffle drawing events include a cash blower, wheel of prizes, and Plinko, just to name a few. In addition, the hall features four Friday night sessions with cheap beer and wine, making it a perfect pre-show stop for Emo's East and Beauty Ballroom nextdoor. 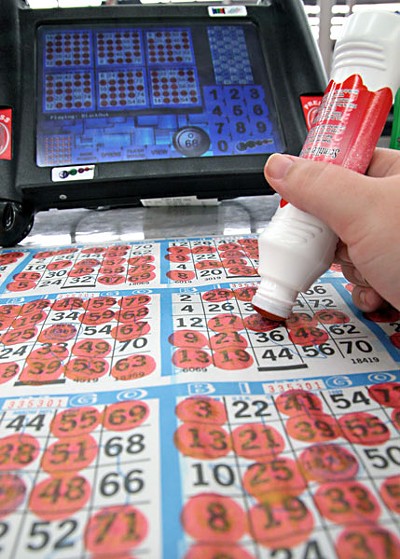 Ego's has earned its place among the ranks of top local karaoke joints, but the Congress Avenue dive bar offers something more - ass shaking. If you want an attentive crowd that hangs on your every note, this is not the place. If you are looking for a fun mix of regulars and wide-eyed newbies that always hit the dance floor, you've found a home in Ego's. Be prepared for stage crashers and instant Beyoncé-worthy backup dancers to add to your show.

Opal Divine's takes the theory that butter makes everything better and runs with it. They up the cocktail ante by adding the creamy, fatty goodness to a few of their favored featured drinks. For their Harry Potter Trivia Night, they conjured up Butter Beers - rum, butterscotch schnapps, cream soda, butter, and cream. Hot buttered rums have become holiday traditions for some, with as much real butter, spiced rum, and hot cider as you can shake a cinnamon stick at. Swirl the light layer of shimmering goodness while basking in seasonal cheer! 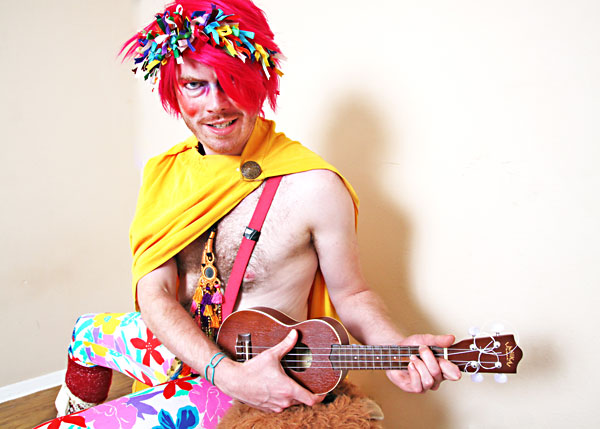 Fantasy is just as likely to sing a Whitney Houston cover as s/z/he is to scream "Suckmahdiiiick!" Yes, he is the local bon vivant with the bon mots. Birthed in the self-styled swagger of Downtown karaoke halls, dirty dance nights, and more recently, his very own "Show & Tell" nights at Cheer Up Charlies (think Skillshare on a small scale), this troubadour's vocal diphthongs (and we assume, very real thongs) are clarion canary calls to the queerest of the queer. Wanna show off your crocheted vag? No probs. Or learn how to tie a scarf multiple ways? Sure. Who is Fantasy? No, sweetums, the question is what is Fantasy? Whispered and revered, Fantasy is gender thrown into a Crock-Pot, slow-cooked and melted down - a casserole of costumery. Most sundaes are topped with a cherry, but this freaky treat is topped with the white-powdered mop of a London barrister or any one of his multicolored man merkins. Suck my D, indeed.

Who can take a bear down with a smile? Who can take a nothing drink, and suddenly make it all seem worthwhile? It's the Chain Drive's Garold Bates, who you can always count on for a stiff drink, a wink, a flirt, and a squirt … of fun, that is. 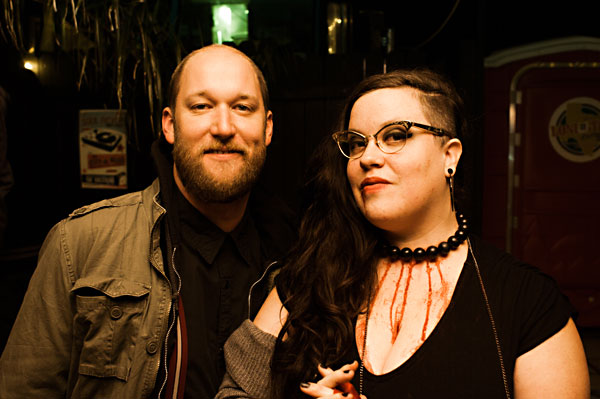 Best Meshes of an Afternoon, Evening, or Dead of Night
Recspec

Sure, we love the clean lines and cool twists of graphic designer Laurel Barickman's print and website projects, from Ume to the ND, from Her Space Holiday to Holy Mountain. And not much sets us more afloat than her (soon-to-be) hubby David Milner's cheeky Yacht Rock-themed DJ nights. But these kids take it to another level. In addition to their print and aural curatorial sweetness, Recspec does video – specifically video collages and projections for shows. Now, Austin is a town with deep psychedelic roots, from the days of the Vulcan Gas Company to the freakshows of the Butthole Surfers. So if you're gonna throw something up on a wall behind a band or during a DJ set, you'd better know your B-movie footage from your phosphene daymares. And Recspec does. We believe Maya Deren, the Exploding Plastic Inevitable, and maybe even Jim Franklin would be proud.

We won't lie. We are biased. For last-minute tipsy gifts,bar must-haves, "Twin Deals" discount two-fers, party kegs, enticing product tastings, and really difficult upcoming meetings with the boss, the Hancock Twin Liquors is the go-to of many a staff member of a certain alternative newsweekly. Anyone who reads us (for example!) with some modicum of regularity should be able to parse out which of our esteemed senior staff keeps a fifth of hooch in his/her/zir desk drawer. How did they come up with that amazing concept/cover/blog/advertising copy/hard-hitting and touching news story? We're not telling, but if you must know, see the Huffington Post's incisive 2008 essay, "Why Chain-Smoking Boozehounds Make the Best Journalists," and you may get a whiff of where we're coming from.

There is a fetish renaissance going on in the queer community, and at the heart of it all is the Austin Gears. Slowly but surely, the Chain Drive's Gear Night has grown to become the hottest night of the month to don kinky, gay apparel in a safe, judgement-free environment. So if you're freaky, let your hanky fly; the Gears invite you to come out to play, whatever color you flag.

A couple of times a year, the style maven from the Cesar Chavez wig shop, Coco Coquette, applies her magic fingers to a full stage show. It's a themed exposition of Austin's rarest talents, paring designers with choreographers and dancers, importing the hilarious Chris Lane from New Orleans as emcee, and topping it all off with her own eye-popping perukes. The result is a vignette-style runway show like you've never seen before, with more talent, beauty, humor, and sparkle motion than should properly exist at one point in space and time. To wit: The pageantry of her 2012 show, "12 Ways To End the World," was Allyson Garro's most elaborate tour de force to date: A stunningly magnificent procession of performers illustrating the many ways the end of days has been predicted, replete with polar bears, robots, space aliens, ice queens, and an it-was-only-a-dream grand "Bohemian Rhapsody" finale made it "12 Ways To End the World Divinely." Garro is a magician, with the ability to wave her wand and correlate the brightest denizens of Austin's creative class into an enchanting and riveting evening of spectacle, time and (end of) time again. 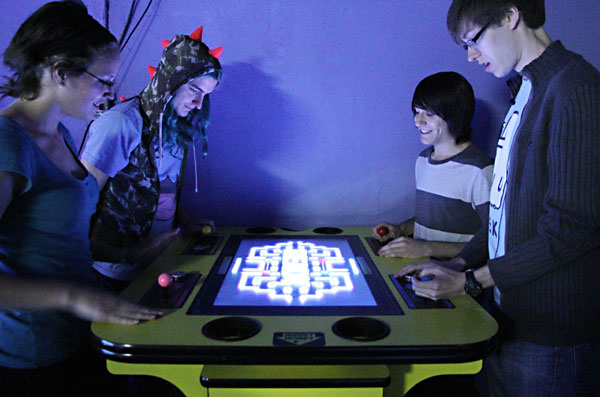 Live out your own Scott Pilgrim fantasy in Austin's own Japanese-style coin-operated arcade. New games are brought in regularly; rhythm games, puzzles, Ninja Turtles, and good old-fashioned combat. If your hand-eye coordination is lacking, you can always watch the pros play a tournament, or come after midnight on a weekend, when the hardcore contingent is out.

So you think you can't sing? Too bad. There's a song with your name on it, and probably one in your heart if you dig down deep into that darkness. And whether you choose the intimate embarrassment of a small room format, or simply enjoy making a fool out of yourself in front of perfect strangers, we've got your number. North Lamar's Austin Karaoke has a hall of private rooms and a karaoke menu full of songs we've never heard of – and most of them in a language we can't read. So, why not randomly type a number and let the karaoke gods chose for you? This is how we learned we knew every last nuance of Soulja Boy's "Crank That (Soulja Boy)." Now, if you prefer to spread your karaoke "talent" across a broader (cess)pool, might we recommend the huggable, loveable dive bar Bernadette's? Lizzy Carol hosts Austin's darkly lit and supportive crew of goofy hump day regulars – now with a recently expanded karaoke song list (it now goes to infinity). Just don't pick "Because the Night." That's E's song. 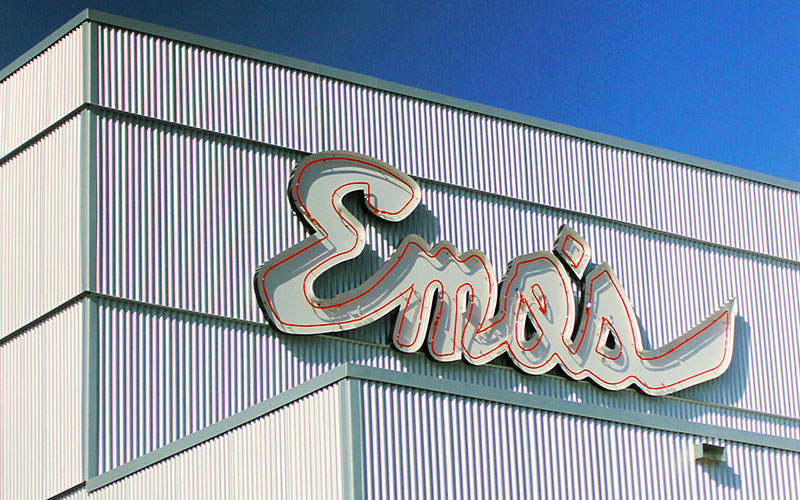 After 20 years reigning over Red River, the original Emo's closed its doors forever, only to manifest in a big way over on Riverside. Emo's East opened its doors a little more than a year ago, and the cavernous venue has upped the capacity and the ante, drawing in premier acts from all over the world. Want to see hip-hop superstars fire up a crowd? Emo's East has got it. What about death metal legends? Emo's has that, too. Varied acts and a crystal clear sound make the fledgling Emo's the new zenith of Austin venues. Papa Emo would be proud.

We wonder if Austin homeboy Brian Brushwood, progenitor of the web series "Scam School" and "NSFW," as well as multiple guest slots on The Tonight Show With Jay Leno, has paid an ear, nose, and throat specialist tens of thousands of dollars to deviate his septum, so that he can pass a clear tube up through his nose and out his mouth to perform his "Human Crazy Straw" bit. Relax, it's just a trick. Right? Ewww-ewwwww! Right?!? 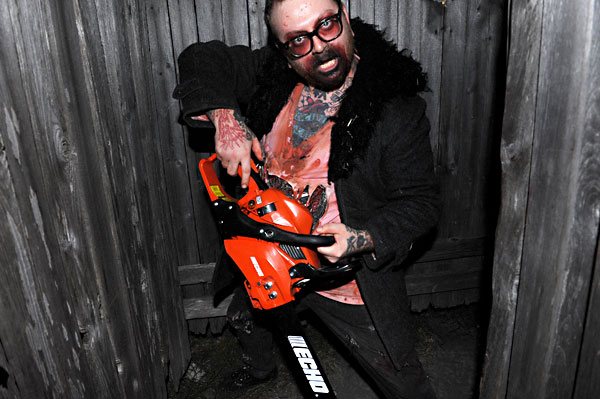 Best Way To Say Boo to Cancer
Scare for a Cure

You can't scare cancer away, but Scare for a Cure does the next best thing. The annual charity haunted attraction, headed by APD Detective Jarrett Crippen (aka "The Defuser," the winner of Stan Lee's Who Wants to Be a Superhero? reality TV show), and assembled by a massive team of volunteers, scarers, blood-letters, and gore-getters, raises thousands of dollars every year for cancer research. By the pricking of our thumbs, something wicked, and wonderful, this way comes.