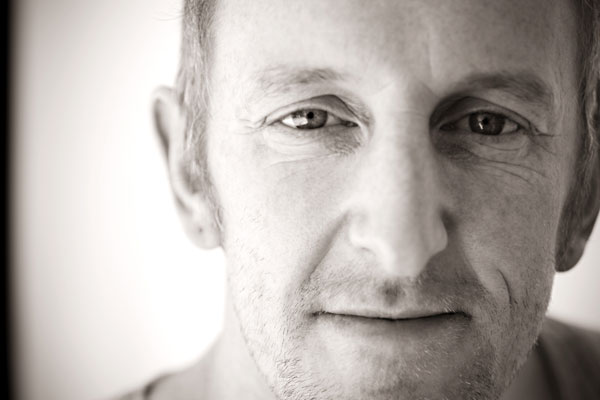 Night and day, action or posed: No one is safe when he's got his camera out. He will point and shoot and apply his own brand of focus while he's at it. He came to Austin from Scotland, and once upon a time, he had a professional BMX career. Now his art of choice is photography. You've seen his live music shots in these very pages many times, but you should pick up his book Paradise Has Relocated, which documents the aftermath of Hurricane Ike in Galveston. This guy can shoot anything and pop a wheelie … just maybe not at the same time.

Annie Ray's photobooths are the fun part of a party. That's like being the sweet part of a cake or the cool part of the Fonz's leather jacket. When you see her chic black hair, bright smile, trained lens, and assortment of kitschy items to adorn your inner Vogue model, just try to stop yourself from smizing. Time to grab a few friends, put on your "make-it-work" face, and snap a shot for posterity – or at least one that will dominate the ol' Facebook profile for a few weeks. 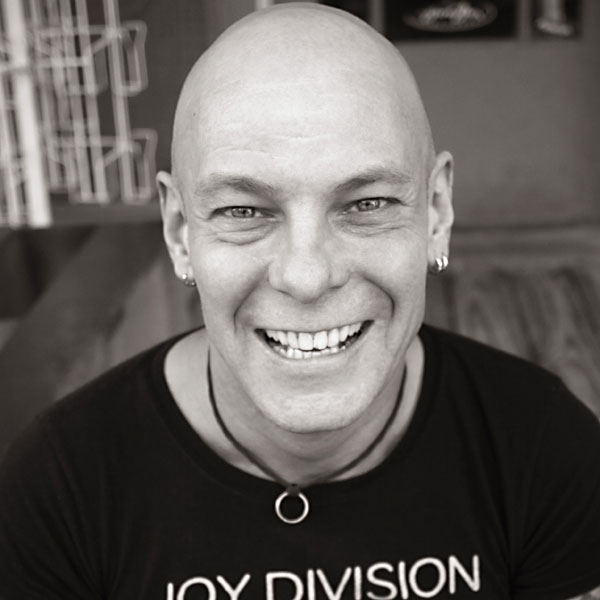 With this choice of critic, you know our readers were biased only by an appreciation for the living confluence of deep geekery, pop-culture awareness, and punk erudition that is the Chronicle's own Marc Savlov. (Never mind that he borrows his best metaphors from his twitchy black pug, Mogwai.)

Addie Broyles is the digerati’s locavore darling, and justifiably so. Whether tweeting, blogging at the Feminist Kitchen, or penning her Statesman column, she’s deeply involved in the community and a welcome voice for the everyday eater. Virginia B. Wood, longtime Food editor at The Austin Chronicle knows all the perfect words for those perfect bites. A foodie long before foodies were de rigueur, she’s a staple in every local cook’s cupboard for knowing the who, what, and when.

Murder, execution, child molestation, ultrasounds – this girl's covered it all. Just going by the name, many readers think Jordan is a dude. Well, she's not, and she proves that ladies can do investigative reporting, too. Jordan has won awards near and far for her excellence in criminal justice reporting, and having her on the Chronicle team gives us major bragging rights. This is one damn fine journalist.

Chances are you’ve read The Boyfriend School, The Yakota Officers Club, The Mommy Club, and How Perfect Is That, so you know the weight behind the wit and wonder of the words penned by Sarah Bird. So, like us, you celebrate Austin as the home of one of the nation’s most admired authors and can’t wait to read what’s next. What's next? We're glad you asked. Check out her latest The Gap Year.

It is impossible to separate the blog from "That Austin Girl." Tolly Moseley is an ebullient pixie bent on experiencing and sharing the best of what our city has to offer. Austin Eavesdropper is a record of her life, thoughts, and recommendations. Part chronicle of Austin fashion, nightlife, music, and entertainment and part journal of a modern woman, Austin Eavesdropper makes you wish you were part of Moseley's world. And given how approachable and endearing she is, Moseley might not mind having you along for the ride. But we'd ask first.

There's way too much going on in Austin to keep up. This is the plus side of our recent population explosion: People are doing cool stuff and enjoying the cool stuff their neighbors are doing. But sometimes it's overwhelming. And that's why our readers love Austin360 so much. We also love that we can browse the A-list for boozy pics of ourselves and our friends. This way we can make it out only when it counts and still show up online the morning after, just like the celebrities we really are.

Once considered a guilty read by grads, postgrads, and grownups (and many a Chronicle staffer), truth be told, we go out of our way to grab a copy and get the lowdown on campus happenings – news, sports, entertainment, etc. – and much more from this student-run University of Texas publication.

These two televised titans have deep reserves to draw from. KXAN has the lead anchor team of Robert Hadlock and Leslie Rhode, investigative reporter Nanci Wilson, and the City Hall beat's Reagan Hackleman. KVUE's anchors Terri Gruca and Tyler Sieswerda are supported by the work of Quita “Does It Work Wednesdays” Culpepper and local guv guru Steve Alberts, among many others.

Back when we were just a twinkle in Austin’s eye, we turned the old black-and-white, bunny-eared television to Austin City Limits and dreamt of becoming the Next Big Thing. For 36 years, KLRU has been broadcasting music, magic, and Austin mystique to Texas and beyond, inspiring music collections, books, a Rock and Roll Hall of Fame exhibit, and the annual ACL Music Festival. After almost four decades in Studio 6A on the UT campus, Austin City Limits continues to rack up the milestones with the move to the Moody Theater this year. The stellar lineup this season is guaranteed to keep Austin (and America) dreaming. 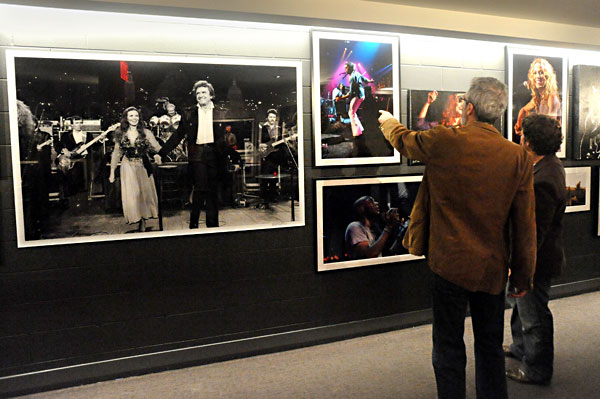 Glory be – or rather, praise be to Richard Dawkins – for this public access show presenting frank and often hilarious sparring on topics such as the naturalistic fallacy, childhood indoctrination, and the Bible's greatest hits. But let's not kid ourselves: We know you're really in it for the many call-in episodes in which Matt Dillahunty, Russell Glasser, and company tackle the kinds of kooky rhetoric that will necessarily surface when people talk about belief. The YouTube best-of clips – spiritual facials, anyone? – are worth the cost of the ticket alone.

Go ahead. Try to play hard to get with 101X's morning show hosts Jason & Deb. Try with all your might. They'll win you over with brash, boyish charm and English wit, respectively. They'll weasel their way into your over-caffeinated heart. So chug your coffee, ignore the occasional uncomfortably non-PC awkwardness (hey, it's morning radio!), and enjoy the vulnerability and plain silliness of these anything-but-shy, anything-but-cruel radio favorites. They're a nice change of pace when the monotone guy down the dial inspires the snooze button.

When trying to tune in to the heart of Austin and the brains of National Public Radio, people turn their dials to 90.5FM. The eclectic mix of national and local news, blues, and everything in between has captivated listeners for years. If ever there were a station that deserved being turned up to 11, it's this one.

KVUE's done it again. One of our most popular local television stations also has our most popular local sportscaster. Since 1989, Mike Barnes has been delivering the sports news with style and authority. A dedicated sportsman (and family man), he puts the emphasis on Texas sports – this guy knows Bevo from horn tip to tail tassle – while staying up on the national and international scenes. Thanks for being the "Best of Austin," Mike!

There’s something wonderful about having your news anchors actually anchored in the cities they represent. Stories can be reported and details given, but a true understanding of how the news may affect the community is at the heart of Judy Maggio’s reporting – a heart that beats like an Austinite's through and through.

Let's face it, folks: We simply can't quit Quita. Is it her boundless charm? Definitely. Her indefatigable enthusiasm? For sure. In fact, it seems we love everything about Culpepper, the Austin news veteran who has been our readers' darling for nearly a decade, taking her first win in 1999 and, after a three-year hiatus, returning year after year since 2003. She's our KVUE sweetheart, the darling of the "BOA" rodeo, and, to boot, a truly nice person. What's not to love?

It seems clear: Growing up in Oklahoma's Tornado Alley made an impression on KXAN's chief weathercaster Jim Spencer, who has been forecasting for Austinites for more than 20 years. He's knowledgeable and straightforward – it ain't gonna rain this week, folks, sorry to have to break it to you. Add to that his easy, meteorologist-next-door style and you can see why Spencer is an Austin favorite.