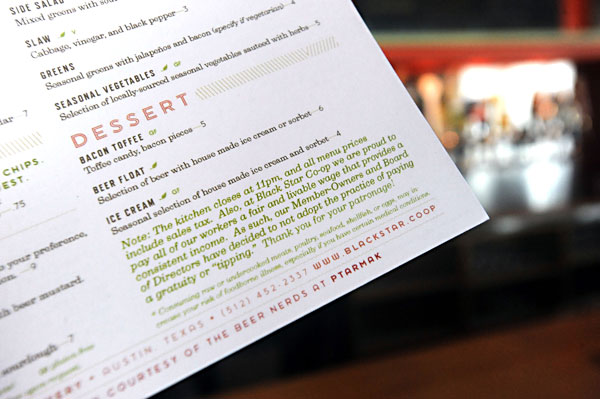 Outside of the service industry, it's a little-known fact that it's legal to pay waitstaff less than the federal minimum wage – as little as $2.13 per hour – which is why servers get so frustrated at cheapos who don't tip. But Black Star Co-op, the new North Central brewpub run on cooperative principles, came up with a brilliant yet obvious idea: No tipping is allowed because it insists on paying its workers a living wage. Revolutionary! "Save your money for more beer!" reads a sign at the bar.