Pulling out of a South Congress or Dean Keeton parking spot into oncoming traffic is no longer a daredevil feat, thanks to new (required) back-in-angle parking "stalls" along the busy strip. Okay, we know it's hard to change our parking habits, but an informal observation informs us that most drivers back in without a hitch. The payoff comes in the pullout: Just turn your ignition and drive gaily forward.

Excelling at both the macro (standing in front of hundreds of people singing and doling out nuggets of Talmudic wisdom) and the micro (one-on-one counseling as well as grassroots activism within Jewish and non-Jewish communities), senior rabbi for Congregation Agudas Achim Neil Blumofe is as comfortable talking sacred music as he is jazz. It's not just about spirituality, but where spirituality is located and its particular expression and dimension. He is attuned to mysteries of the spheres and knows multiple ways to plumb such depths – finding as much meaning from the reed of a New Orleanian sax as a finely sculpted yad. A religious leader, yes, but also a damn fine human being. To say nothing of the fact that KUT funding drives would not be the same without this rabbi's velvety vox. All rise and Baruch HaShem! 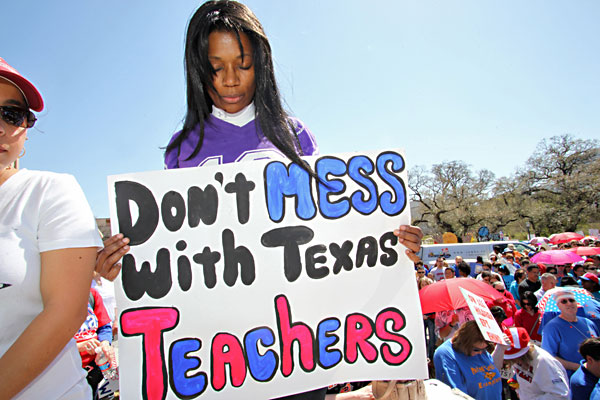 There's no way to sugarcoat it – this year's 82nd Legislature was not a great session for public institutions in general, and most especially not for public schools. But the bright light was the push-back coming from all over the state, catalyzed and organized by Austin-based Save Texas Schools. STS brought more than 12,000 concerned parents and teachers to the Capitol lawn to defend their public schools. While conservatives play the "nonpartisan" shell game and lobbyists plant Astroturf, Save Texas Schools is holding the public officials responsible and has persisted in ongoing organizing to spread the word – and people power – across Texas. When the political winds change, and they will, Save Texas Schools will be there to guide the sails.

Nailing Tom "The Hammer" DeLay for money laundering is like collaring Al Capone for tax evasion, but after a decade of legal and political fights, this year the staff of the Public Integrity Unit finally gave Travis County residents and all Texas voters the justice they deserved: Three years in prison and 10 years probation for the great gerrymanderer. He may be out on parole, but at least now we all get to say "convicted felon Tom DeLay." Thanks, Travis County D.A.

This Octopus Club (the fundraising tentacle of AIDS Services of Austin) volunteer is the grande dame of the gays, especially when it comes to organizing for queer folks' health rights. Morrison was there in 1986 arguing against the quarantine of people living with AIDS – which is just one of many stupid things the Texas Lege has tried to do to queer people. She's a constant and shining fixture both behind the scenes and greeting partygoers at every Octo-function, still making noise and raising funds for the rights of her LGBTQ friends. All this and the fact that she is darned sassy doing it, earns her accolades at home forever more.

For as long as the Water Treatment Plant No. 4 debate's worn on – some three decades and counting – it's amazing someone just now came up with the idea to emblazon the waterworks' logo on a shirt! Austin Water is selling a WTP4 polo-style shirt for $20.97, featuring the plant's logo on a soft Lands' End shirt. Whether you think the plant's a needed infrastructure upgrade or an expensive mistake, it's yours – irony not included. 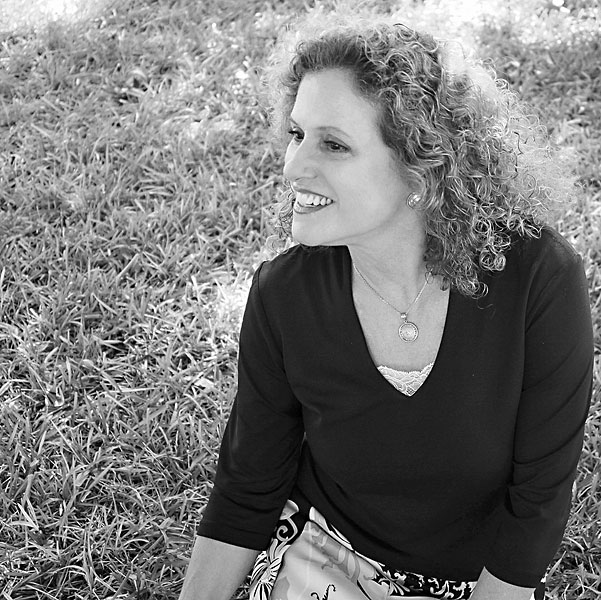 Trust the Democratic rep from Western Travis County to bring the drama. On election night last November, she beat ex-Denver Bronco Dan Neil by 15. A week later, the final count pushed her win up to 16, but Neil was not going to lie down, and he pushed every legal challenge he could until the House Select Committee on Election Contest finally said she won by four. Still, a win's a win, eh, Landslide?

The Texas Organic Farmers & Gardeners Association is no stranger to helping people – by supporting Texas' organic and sustainable farms, the organization regularly helps bring healthy produce to families across the state. Now, with many farms ravaged by drought and wildfire, the association has stepped up as an organized network of support. By collecting and distributing funds for relief efforts, providing organic hay to those in need, and acting as a hub for trustworthy information, TOFGA has united farmers and kept hope alive in this time of loss.

Qualifying nonprofits and civic-minded organizations hoping to kick things up a notch at their next outdoor party can now kick things up 1,000 watts with Austin Energy's solar trailer. It can generate enough juice to power your lights and your soundstage, with enough energy left over for small appliances, too. The best part? It's free – free as in free of the guilt you'd otherwise have from using a gas generator, and free as in no cost to you. Just be sure to apply at least four weeks in advance.

A Fifties-era gas pump doesn't look so unusual amid the tangle of trailers scattered about the South First Food Court at South First and Live Oak. But this neon-green pump goes the extra mile with cool solar panels for folks to recharge (at no charge) their battery-powered gadgets and scooters. Thanks to the forward-thinking partnership of the South First IBIZ District and Sol Design Lab, we now have a taste of a carbon-neutral future, without the annoying side effects of gas.

If there's one thing Bill Spelman knows how to do, it's break things down. For many council watchers, his 2009 overview of reasons not to proceed with Water Treatment Plant No. 4 – a 20-minute presentation, delivered from the dais with the help of slides – was the height of wonking out and a moment many feared would never happen again. But Spelman delivered again this year, presenting a slightly briefer (15 minutes) tour of hiring and spending issues at the Austin Police Department, again with the help of a clicker. Is this what Professor Spelman's classes at the LBJ School of Public Affairs are like?

When it comes to public transportation, this hands-on neighborhood association has its feet on the ground. The old South Austin NA has forged (mostly) good working relationships with public entities, particularly Capital Metro, which has adjusted its bus stops to better suit the area's residents. Southwood was also the first NA to enlist in Cap Metro's Adopt-a-Stop program, adopting and beautifying six bus stops in the hood. That's worth jumping on the No. 3 for a well-deserved Champagne crawl. 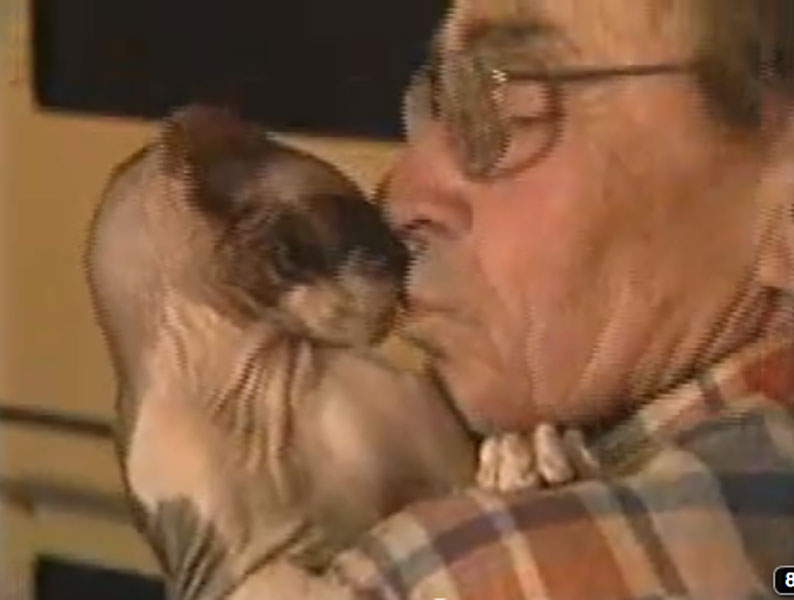 Best Retired Plumber With Some Claims to Fame
Jake Perry

Jake Perry is a true Austin legend: The retired longtime plumber has taken care of more sink clogs that any one person should ever have to see; he's lived in the same South Austin home for more than 50 years; he's been the proud papa to numerous cats – including the world's oldest living cat, 38-year-old Creme Puff, as codified in the Guinness World Records book. He's also got a great mane of hair – a long ponytail that he keeps wrapped under his ball cap; a far better head of hair, we might add, than does his cousin, Rick Perry. Yes, that Rick Perry. Unlike his cousin, perhaps, Jake is well-known and well-liked around Austin – as well as across the country. Jake's exceptional care of numerous cats who have found their way to his doorstep has earned the 80-year-old love and recognition from animal lovers and others: Indeed, Jake Perry still receives royalties for "work" done by several of his deceased felines, all of which he donates to animal welfare causes.

What sweet relief to encounter a dozen or so earnest and organized, fresh-faced AmeriCorps volunteers at the ready at this intake/outtake volunteer center. The crew is made up of members from E-Corps pods from Washington state and Austin's own American YouthWorks. Bastropians in need of immediate assistance (provisions, tools, lot-clearing, etc.) may come here to learn of resources available to them as well as to sign up for free relief. Do-gooders wishing to make a difference may come here to learn of opportunities to lend a hand as well as be matched to best reflect their skill sets. Your volunteer hours offset the amount of money the already beleaguered Bastrop County has to contribute to this crisis. So go to it, and join up with these sweet kids fighting the good fight.

This historic congregation – established just after the end of the Civil War as a place of worship for freed people in Austin – has what can only be described as a legendary choir. The voices are beautiful, the arrangements creative, the direction tight. If you want to feel what its like to be filled with spirit, look no further than the Wesley choir.

Want to know exactly how much and what kinds of crime are occurring in your neighborhood? Look no further than Krimelabb.com, the online resource created by 60-year-old Jack Darby, who started the service (culling Austin Police Department data and loading it into a program that is easily searchable) after his home was broken into twice, on two successive days. Use of the site is free, and it incorporates a way for neighbors to provide "alerts" about suspicious activities they see in their neighborhoods.

If you need a refresher course on the Constitution (and its limits), an acute analysis of the U.S. slide into torture as a state policy, or a disquisition on the disquieting temptation for presidents to become "constitutional dictators," Sanford "Sandy" Levinson is your man. Routinely described as a "liberal" legal scholar, Levinson stands against tyrannical ideas – whether reflected in too-easy dismissals of gun rights or too ritualized genuflections to the "Founding Fathers," he's amply persuasive that their sometimes fusty Constitution could use a dramatic overhaul. If it ever happens, we'll need his advice and counsel.