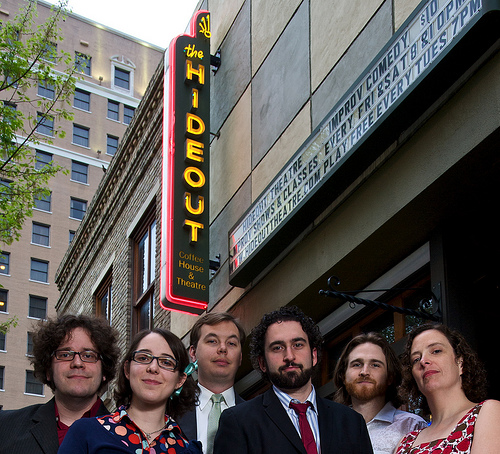 Curiosity may have been what brought the first audiences to the Hideout to see Live Nude Improv, but word of mouth and stunningly raw improvised shows are what turned it into an entirely sold-out run. And yes, there was nudity – that was the point, or at least one of them. Director Andy Crouch credits the Rude Mechs' mounting of the breakthrough stage nudie Dionysus in 69, which had its run in 2009, as influence. Performing with a very thin veil between audience and actor allowed Live Nude an interactivity rarely seen in this format – vulnerable and honest, the perfect mix of art and improv.