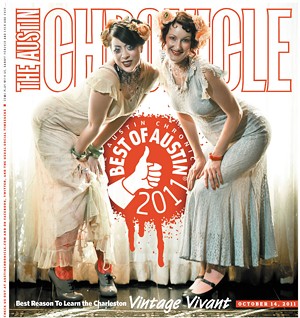 It's the Economy, Dollface

"Haven't you got enough imagination to pretend we're broke, hungry, homeless, drifting in despair? Now let's just sit here and try to feel like a couple of tramps!"

The razor-sharp Sturges has been hot on my playlist of late. I always wonder if I'm particularly calibrated for his brand of screwball because I had Depression-/World War II-era parents. Mine were older than average, and our family's own 1970s Recession-era struggles were countered by personal testimonies that no matter how bad things got, the silver lining was that folks always stuck together.

My mom, Flo, and her sister, Marie, were only a few years apart in age, the only two girls of first-generation Italians in Pennsylvania. Their family was close to my great-aunt Nancy's family of 12 kids. She was a single mom raising her brood during the Great Depression, so our family reunions were loaded with tales of evenings listening to radio programs and afternoons spent at 10-cent matinees, of who went off to war and who stayed home to hold down the fort. Matriarchs spoke warmly of making do and making things last and neighbors who would give the shirts right off their backs – lessons never forgotten.

Here in Austin 2011, Vintage Vivant – "a monthly celebration of Jazz Age culture ... a night for glamourous anachronists to dance, drink, and delight at a bevy of 1920s and '30s themed entertainment" – the dress-up fete held at Swan Dive, was hitting its stride this summer. Since the series began in January, themes were announced in advance: Paper Moon, Gangsters & Molls, Golddiggers, Bunny Hop Bash, Storyville Bordello, Paris Je T'Aime, etc. June's theme: the Great Depression. Purveyors Angeliska and Amelia (our "Best of Austin" 2011 covergirls) framed it within the current economic tinderbox and offered it as a look back at the values that kept people afloat during that challenging era. There was backlash. Some social media commenters deemed it insensitive, tarring the party with the "let them eat cake" brush. That the night included a collection for the Capital Area Food Bank of Texas didn't matter to anyone who considered the theme too stark, too flip, too close to the bone.

"How can you talk about musicals at a time like this, with the world committing suicide, with grim death gargling at you from every corner, with people being slaughtered like sheep!"

Vintage Vivant and other theme nights reliant on the audience for being as much the entertainment as the entertainment itself have sometimes been taken to task – especially in light of our current financial (and Texas' literal) drought – for their emphasis on fashion and the superficial. But anyone who's ever worked with Angeliska (Gadjo Disko and Tranarchy) and Amelia (Dr. Sketchy's Anti-Art School) knows that this is no "Rome's burning" fiddle fest. An array of creative classers – musicians, artists, and performers – contribute to this cultural synergy that Vintage Vivant expresses; resonant undercurrents exist all across Austin.

When Barack Obama was elected in 2008, a lot of us hoped for a Works Progress Administration-style sweep to heal what eight years of crippling Bush-era gluttony and domestic ambivalence had wrought. Tripling AmeriCorps was a great first move, a hat-tip to wistful memories of the Civilian Conservation Corps, the FDR program responsible for many of the nation's beloved national and state parks as well as other large-scale, public space projects. Texas parks aficionados know the importance of the CCC. (Bless you, Bastrop State Park.) But the promise of jobs through infrastructure – a direct descendant of what helped the USA out of the Depression – is still up for review three years into this administration.

All of this has sent me screaming to the brilliance of Depression-era filmmaker Preston Sturges and his knee-slapping masterpiece Sullivan's Travels, in which hotshot young movie director John L. Sullivan (Joel McCrea), fed up with the Hollywood hit machine, burns to experience "trouble," the life of the common and downtrodden, and learns so much more about his own privilege than he ever bargained for. The film begins with Sullivan arguing with studio execs to allow him to make a film that educates and makes a political statement. In the end, he learns that his silly hits such as "Hey, Hey in the Hayloft" and "Ants in Your Pants of 1939" really make people happy and that, in and of itself, is statement aplenty. Oh, and he gets "The Girl" (Veronica Lake).

While Vintage Vivant isn't necessarily the apex nor even the particular harnessing of an Austin movement (I'd feel super stupid typing "zeitgeist"), there is something going on here, and Vintage Vivant is one of the harbingers. You can see it at Justine's Brasserie, at the East Side Show Room, in the desire to explore options off the grid, in the influx of post-Katrina New Orleans culture, in the vintage embellishments of local fashion trends, in the foot-tap of acoustic old-timey acts, in the resurgence of circus arts, and even in the embrace of classic burlesque, marching bands, and crazy mustaches. I wouldn't go so far as to reduce this cultural vibe to some sort of race back to simpler times (one look at the costumery debunks that), but there is a certain allure to fun unplugged, and Austin has always had one foot in the analog.

Obviously, this year's "Best of Austin" celebrates all this. After an inordinately brutal summer, we need a break. Each and every one of these winners has given us so much to love about our town. Thank you, winners! And thank you, Vintage Vivant, for reminding us that:

"There's a lot to be said for making people laugh. Did you know that's all that some people have? It isn't much but it's better than nothing in this cockeyed caravan. Boy!"