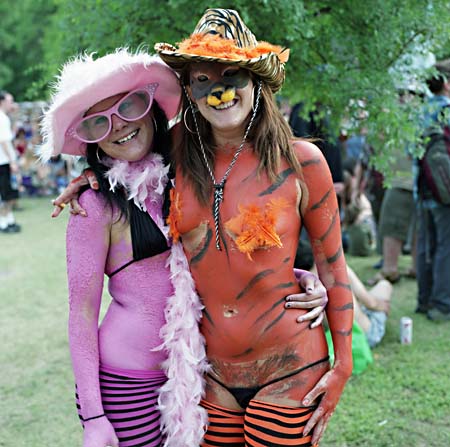 Hipper than hip and hippie-er than hippies, Eeyore's Birthday came to be in 1963, long before many regular Chronicle readers were even born. Heralded for its drum circles (once described by a critic as having all the rhythm of tennis shoes in a clothes dryer), face paint, body paint, outlandish costumery or lack thereof, and other crowd-pleasing features, Eeyore's Birthday has continued to draw huge crowds of a cross-section of Austin hippies (er, citizens) for more than three generations. Sound like something up your alley? Well, it's certainly in your park – Pease Park. Every year. Hip, hip, hippieee!