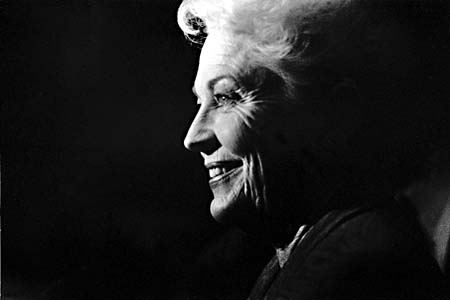 Ann Richards was not born with a silver spoon in her mouth but is nevertheless best remembered for her stem-winding silver tongue. She built bridges with it, through sheer force of will, so it was fitting when Texas renamed Austin's Ann Richards Congress Avenue Bridge in her honor. In between, Chronicle readers became a litmus for the same cult following she enjoyed nationwide and responded to the highlights of Richards' career with consistent "Best of Austin" honors.

Most Texans' earliest memory of Richards involves a briny, red-eye gravy drawl making us look up from whatever we were doing in 1984 to see a weathered, irrepressibly cheerful face crowned by one of the last great silver Texas beauty-parlor helmets admonishing us to claim our forgotten bank holdings. She was state treasurer then, and one imagined that this low-budget, routine advertisement, certainly not a glamorous public debut, would be about the only attention a homegirl bureaucrat would get out of that fusty post. Never one to be underestimated, the next thing we knew, she was making history at the podium of the Democratic National Convention in support of her friend Bill Clinton, inadvertently upstaging him on national news cycles. That was 1988, and by 1990, leaving Clayton "Blatant Millions" Williams lifeless on the mat in a successful bid for governor, she rolled up her sleeves and made it rain, first with income from the new Texas Lottery and then by nurturing such high-profile industries as music and filmmaking with the Texas Music Office and the Texas Film Hall of Fame. Throughout her long public service, whether from the heights of elected office or later, from her pulpit as a living legend, she worked tirelessly for civil rights, health care, and the empowerment of young women until her death in 2006. Her legacy is all around us, so if you're looking for Ann Richards, you'll find her today in the upturned faces at the Ann Richards School for Young Women Leaders here in Austin.

All-Time Winner
Save Our Springs Alliance

The Save Our Springs Alliance – previously the SOS Legal Defense Fund and, before that, the SOS Coalition – has been receiving "Best of Austin" awards almost as long as it’s been around, a fitting tribute to a homegrown organization that, since its inception, seems never to have taken a day off. SOS formed in the wake of the legendary citizen victory of 1990, when 800 people signed up to speak to City Council in opposition to a 4,000-acre planned unit development in the Barton Creek Watershed. An all-night meeting ensued, ending with council’s unanimous rejection of the PUD, a success that fueled the formation of SOS in the interest of pushing for better watershed protections. It was no easy fight getting the SOS ordinance on the ballot, but two years later, once voters could have their say, the ordinance passed 2 to 1. That 1992 triumph, of course, was only the beginning. Developers – often with the help of the council and the Texas Legislature – have been unwavering in their attempts to build out the watershed and chip away at the ordinance, and it’s been the ever-vigilant SOS Alliance that has stood in their way. The alliance hasn’t always come out on top, yet it’s been known to turn defeat into victory through tireless court battles, and through its efforts it has become not just the protector of the springs and the Edwards Aquifer but the heart of the environmental community. Then again, SOS victories have often simply been reminders of how much further Austin has to go. After all, in 1993 – the same year the Barton Springs salamander was named after the alliance (given the name Eurycea sosorum, a Latin "plural mixed-gender genitive form" of the acronym SOS) – a biological survey could find only 27 Barton Springs salamanders. While most of the alliance’s "Best of Austin" catalog rightly recognizes its efforts to improve Austin and control pollution, the most fitting tribute so far may have been the 2001 Critics Pick for Best Upstream Swimmers. But in measuring the importance of SOS’ work, perhaps most telling is not the awards received by SOS but by the springs themselves. Known as the “soul of Austin,” Barton Springs has received 35 "Best of Austin" awards through the years, while Zilker Park has gotten more props than any other award winner in Chronicle history – all of which should rightly be shared by the tireless upstream swimmers at SOS. They have never given up on Austin’s soul – and Chronicle readers have never given up on them. 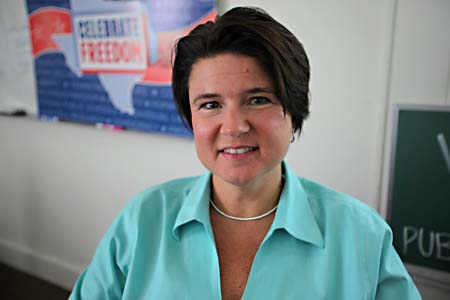 With her tireless advocating against the right-wing agenda on creationism, sex-ed reform, reproductive rights, children’s health care, and domestic violence, one wonders if Kathy Miller sleeps. With the Herculean efforts she puts forth, it would seem she wouldn’t have time for such a mortal task. Luckily, the work she lives and breathes makes it easier for us to.

It's time to say farewell to the city's head honcho of the last six years: the politician with the perfect name for elections (Will Wynn? Will win!). Even though he's out in the private sector with LPB Energy Management, he'll always be the buttoned-down mayor who jumped in the lake and modeled his manscape for fun. 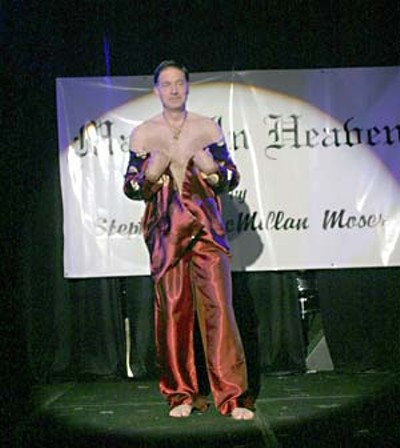 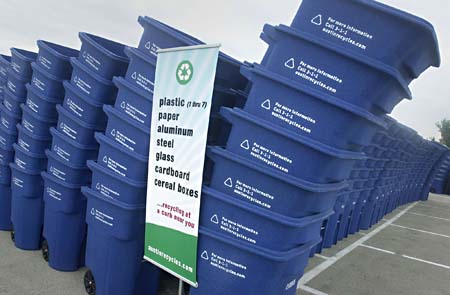 They first appeared curbside last fall, barrel-chested and shiny blue, looking almost prideful – brutish, even – next to their puny trashcan brethren. They yawned at our rigid plastics Nos. 1-7 and dined on our corrugated cardboards with nary a burp. They defied us to find enough recyclable rubbish to fill their 90 gallons of gauntlet-throwing glory and scoffed at our provincial ways: no more sorting newspapers from milk cartons from glass jars. Ah, single-stream recycling carts. It's been almost a year. You may be a little less shiny, you may don more tags than Fresh Prince’s West Philly, but you’ve conquered our curbs like a king.

Community: It's what he saved in his many years battling fires and what focuses his vision during his years thus far on Austin's City Council. His leadership on diversity issues, including spearheading the Hispanic Quality of Life Initiative and his continued visibility as a firmly entrenched East Austinite make Mike Martinez a continued favorite of our readers and beyond.

There are a thousand reasons why we called Brandi Clark one of our Green Crushes in 2008, and the same reasons are why she’s your enviro-hero for the third successive year. A one-woman movement, the Eli with a heart of green has touched most every eco-group in Central Texas and has even founded a few herself, such as Austin EcoNetwork and Austin CarShare.

Too many political blogs play nice with elected officials just to say they were there, but the Burnt Orange boys aren't here to make friends. The site may have outgrown its University of Texas roots, but its coverage of state and local politics has only become tougher and smarter while still staying unashamedly progressive. 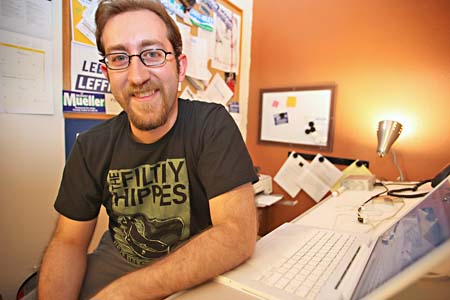 When Wells Dunbar signed on a few years ago, it was with the understanding that he would help the Chronicle navigate hipster cyberspace, from his own special perspective. As our readers have recognized, he’s doing that and more, not only with his on-the-spot City Hall reporting but his creation (with producer Michael Bartnett) of City Hall Hustle, the vlog of city politics, policy, personalities, and the perennial campaign grind. Notably, this year’s work on the Hustle for Mayor provided the most in-depth campaign and interview reports of any local media, while at the Newsdesk (along with news writers Richard Whittaker, Lee Nichols, Jordan Smith, et al.) Wells provided breaking updates and acerbic commentary on events all around town, and beyond. We think Wells brings an acute nose for news and an original, thoughtful, refreshing voice to reporting and writing. We’re very glad our readers agree.

Just how far to the right will some Republicans go to pick up a few conservative votes? Our own Governor Good Hair became known nationwide as the Secessionist Kid after he rambled about states' rights around the world's most impolite tea party guests. As he back-pedaled from his civil war-style posturing, reactionary forces in his own party dug their feet in against meaningful and bi-partisan election reform authored by GOPer Rep. Todd Smith and Democrat Rep. Rafael Anchía. The right wanted a hard voter ID, and only parliamentary procedure saved the voting rights of minorities, old people, Democrats, etc.

Movement en masse is the best way to achieve results. Thankfully we have the TFN to take charge, block, tackle, and lead the way when it comes to holding the advance of the mainstream agenda on a steady course through the far-right and -left offense. This nonpartisan, grassroots organization is unstoppable in keeping classrooms, government, money, and God in their respective corners. After all, its middle name is "Freedom."

In the case of 72-year-old Kathryn Winkfein, who was shot with a Taser by Precinct 3 Deputy Constable Christopher Bieze in May for – the nerve! – refusing to sign a ticket for speeding (60 mph in a 45 mph zone), the scandalous behavior is clear. She's 72! You're a big grown man – a peace officer no less! Get a grip! So embarrassing is Travis County's most recent Taser incident that the story actually made it onto Comedy Central's Colbert Report. Yikes! But in the case of the Chron's own fashionista Stephen MacMillan Moser, we're left to wonder: Is the scandal here that he is charged with setting a friend's car on fire in the City Hall parking garage or that he allegedly did so while wearing black leather pants and a big white fur coat? 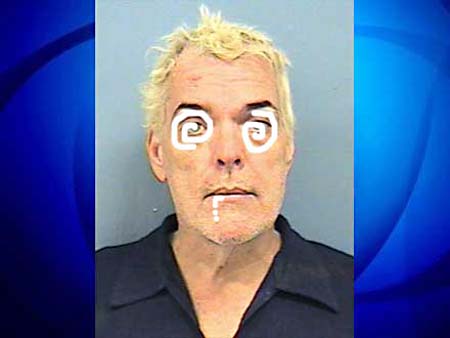 Though a relative newcomer to the Legislature, the soph senator quickly established himself as a go-to guy on, well, just about everything. Long a popular public figure in Austin, the former mayor exudes that rare brand of energy reserved for those with genuine political talent. Rest assured, the Lege won't be his last stop on the trail.

When Rep. Betty Brown, R-Athens, told Ramey Ko of the Organization of Chinese Americans that "you and your citizens" should adopt more English-sounding names to make life easier for election officials, it made them both instantly famous: Brown for inadvertently revealing some ugly assumptions about race, Ko for his cool and reasoned response. The chub was less than instant: day after day of laborious debate on the smallest of bills, just to keep big issues such as voter ID and children's health insurance off the House floor. Guess it's not what you pass, it's how you don't pass it.

If you just know him as one of the pugnacious bloggers of Burnt Orange Report, you don't know Matt. A campaign volunteer veteran turned pro with his new firm GNI Strategies, he's worked the front lines and built strategies for progressive candidates and noble causes. Political opponents beware: If Matt's smoking a cigar, your guy just lost.