Texas’ own 100-year-old H-E-B company conceived of Central Market and chose Austin as the location for the flagship store in 1994. We are eternally grateful. We can look back at the diversity of accolades heaped on Central Market by Chronicle readers and critics over the years and get a pretty good idea of what the creative, cutting-edge grocery store means to the city. Austinites appreciate the quality and selection of groceries, wine, and service personnel; plus the value-added attractions of a cooking school featuring in-house, local, and nationally known cooking experts as instructors; a reliable florist shop and catering operation; a family-friendly cafe; and an outdoor playscape that doubles as a music venue. The store serves as a prism through which to evaluate Austin’s continuing evolution as a great food city. Think of all the employees who discovered their culinary passions working in the store, the chefs who found their culinary voices in the cooking school, and the local artisan food manufacturers who have connected with consumers in the market. There are all those things, and the fact that we never tire of telling visiting chefs and food writers who marvel at the wonderfulness of the store, “Yes, we’re spoiled, living here in grocery store heaven.”

Since opening its doors in 1979 as an egg-and-pancake joint, the Omelettry West on Lake Austin Boulevard, this icon of Austin eating has grown into a nationally recognized hot spot for good food and local flair. Open 24/8, the Mag (which opened a second location on South Congress in 1988) can feed even the hungriest beast. Cheap does not equal boring at P. Terry’s. Value-added, homegrown awesomeness comes free with its all-natural Angus beef combo meals and under-two-bucks shakes. The folks behind the scenes don’t scrimp on quality, so when you’re treating your sweetie, you’re doing it with hormone- and antibiotic-free beef, fresh-cut fries, and an original-recipe veggie burger that can’t be beat.

Local and slow foodies love the Austin Farmers' Market, and their devotion is understandable. The depth and breadth of the produce, meat, and cheese grown locally is mind-boggling. In a world where we are so far removed from our food (Where does it come from? What pesticides were used in its growth?), it's a valuable and precious experience to talk to local food producers face-to-face.

Salsa isn't America's favorite condiment just because it's fun to say (sorry, Seinfeld, we have to disagree) – at least not here in Austin. Salsa is serious business, much like Texans and their barbecue pits or the many local taco trucks and their connoisseurs. The possible combinations of tomato, jalapeño, cilantro, onion, habanero, chiles, mango, vinegar, and love (among many, many other ingredients) are no joke and are not taken lightly by the restaurants and hopeful individuals competing for the glory and your adoration. Yes, beer is on hand at this annual event, but we highly recommend water to wash down all those tasting chips as you try red salsas, green salsas, chunky salsas, salsas so hot you only need a toothpick-tip's-full. This fiesta is a spicy one, both in your mouth and in the Texas sun.

The effects not noticed but noted – the quietly efficient staff, unassuming menus, minimalist decor – make dining at wink almost reverent in its romantic appeal. Each bite on your plate is designed to be slowly savored, as is each raised goblet of wine. This bliss transfers from food to mood, making date night here a full-bodied experience. 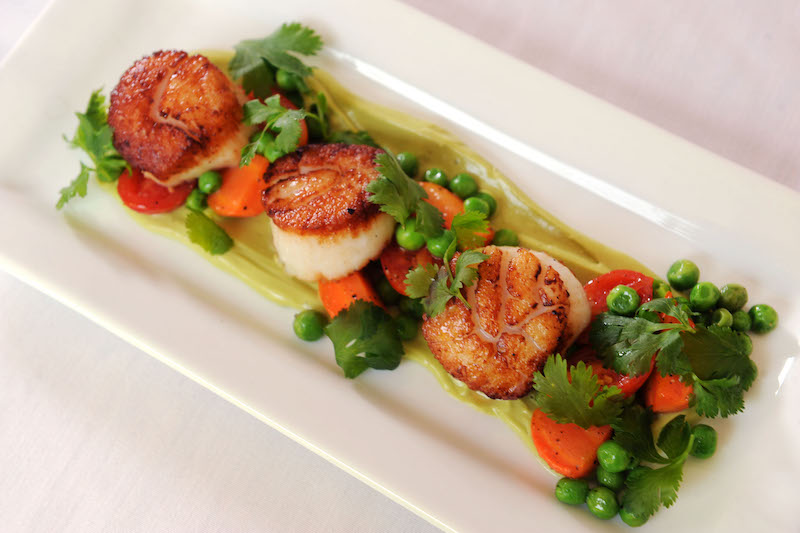 Greenling traces its humble beginnings back to a round of discussions over beers on a South Congress First Thursday in March 2005. No question an organic grocery delivery business was needed, but was it viable? The answer: Oh hell yes! In the scant few years that Greenling has been delivering boxes of organic, not to mention tasty, meats and produce, the response has been overwhelmingly positive. Greenling's online ordering couldn't be simpler – and we recommend you try one of the many prepacked boxes. Our favorite? The Dirty Dozen, 12 fruits and vegetables that any good steward of the earth should buy organic.

Hell yes, the Chicago-based chain delivers its freshly made clubs, subs, and other sammies of unusual succulence right to your front door, before a fit of munchies has you regarding your household pets with a Mondo Cane eye. And as if you couldn't recognize them from taste alone – the tell-tale yum – you'll know JJ's hunger-slayers by the big fat typefaces on that distinctive packaging. 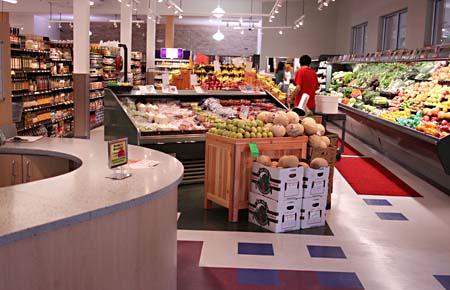 These days, it seems like our city charter mandates a natural foods grocery every 1.5 miles or so, but the world was not always thus. Sure, Wheatsville's popcorn tofu has its own Facebook fan page now, but when the co-op opened in 1976, it was the lone beacon in a wilderness of newly minted weirdos, crying out for a place to score meatless protein combos and pesticide-free munchies. While the grassroots grocer – in part because of its idiosyncratic staff and the availability of bulk buckwheat groats – grew a patchouli-ish rep, in truth Wheatsville was more concerned with member-ownership, cultivating community, and expanding our food choices than it was about dictating lifestyles: The original mission statement called for serving "a broad range of people" and "supplying high-quality food and non-doctrinaire information." In the Eighties and Nineties, the co-op grew and grew into its own, adopting the fertile slacker ethos that made it as entwined with Austin arts as any local business. There were the arts and herb fairs and proto-maker bazaars, all a blast, but there was also an ideology that (along with our long-gone affordable rental market) supported art workers' needs. By the mid-Nineties, along with the state school for the deaf and the Texas Legislature, Wheatsville was on the unwritten list of musician-friendly day-job providers. Countless iconic Austin performers punched its clock, from Ted Roddy to Lisa (then Dave) Cameron, and you knew when you walked in the door, you would be swept up by some floor manager's strange and perfect musical choice on the P.A., played just loud enough so's you'd notice. In 1998, this affinity resulted in The Wheat Album, a store-produced CD that featured such totally Nineties bands as Sixteen Deluxe, King Cheese, and Palaxy Tracks, all boasting members who worked there. Oh, and let's not forget the food. Wheastville was part of the first wave of now-standard eco-trends – bulk buying, rewarding reuse, purchasing from local farms – but its deli is also a wonderland of delicious concoctions, from Quincy Erickson's mind-blowing taste-sensations in the Eighties to its legendary veggie Frito pies, black-bean tacos, and the aforementioned "popcorn tofu." Though it makes a comfortable space for those who follow austere diets, Wheatsville has always been a place to indulge the senses, not deny them. Its recent expansion has been done intelligently, keeping the reasonable scale but bringing to the forefront, and adding to, the pleasures it has always celebrated (two words: cheese island!). When they turn the jams back up, it'll be paradise.

While there are scenic outdoor eating establishments all over Austin, the readers have spoken and declared that Shady Grove is the tops. Again. Along with its resident concert series, KGSR's Unplugged, Shady Grove's jukebox also wins raves. The comfort cuisine is great, the service is terrific, and the sprawling patio is the perfect setting for a very special night. 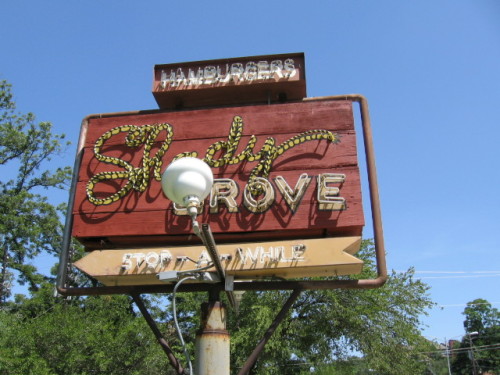 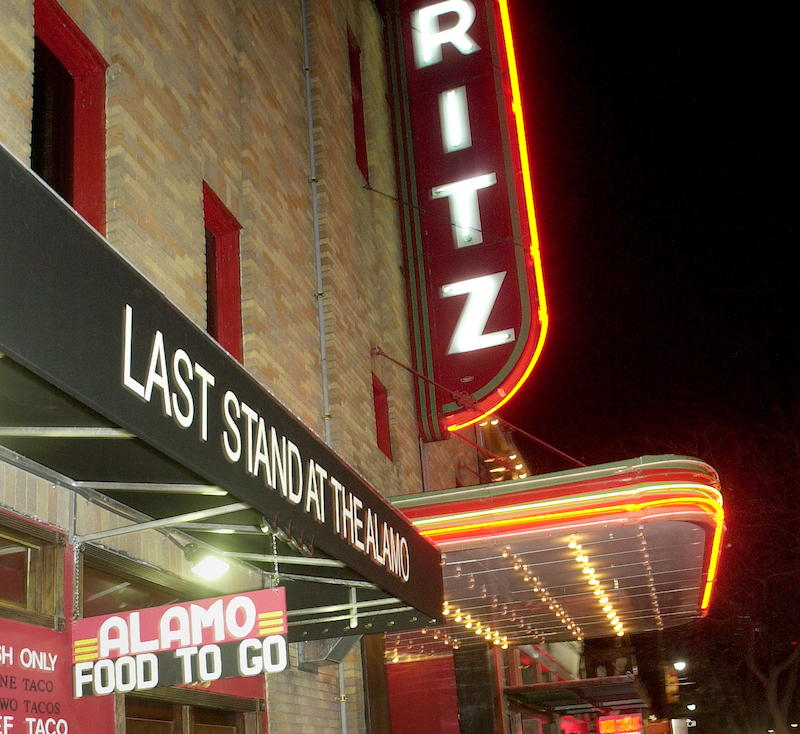 Absolutely no contest here: Thanks to the Alamo, you can quickly discover your new guy/gal's moviegoing habits, from which, as everyone knows, you can then extrapolate everything from your chances of getting it on that night (they love Mario Bava!) or not (they love Zack Carlson!) to whether or not he/she is a potential romantic commitment (talking during film = no second date, while picking up the tab + large server tip + love of endless exploitation trailers = with this Ringu, I thee wed).

Diabetic coma notwithstanding, a week without Tiff's is like a week without sunshine, happiness, unicorns, or love. Fortunately, all of that can be assuaged with a quick phone call or click of the keyboard. "Tiff's? Send three dozen of your most deliriously delectable treats, stat!" Celebrating a birthday? Send Tiff's. Having an office party? Send Tiff's. Got into a tiff? Send Tiff's. And for those spontaneous, late-night benders (significant others of pregnant mamas heed these words): The Central/West Campus walk-up counter, open until 11:45pm seven days a week, will fix you good. 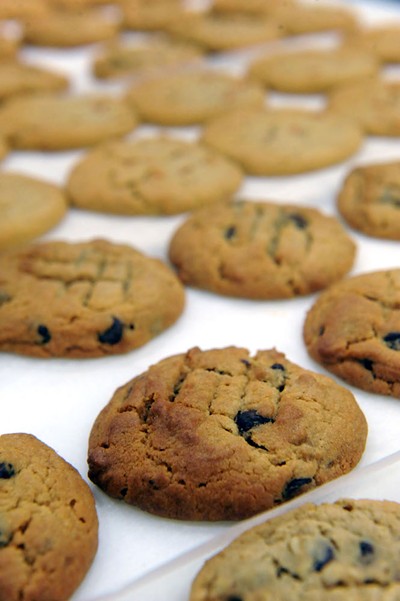 Sold at the South Austin Trailer Park & Eatery, Love Puppies Brownies are rich enough to stand in for that taco you were eyeing at neighbor Torchy's. These brownies are made "by local people who love puppies." But don't worry, puppies aren't allowed in the kitchen.