One day, he was a little kid our Editor Louis Black used to see running around collectors' conventions ("with better comics than the adults"), then he's suddenly got Quentin Tarantino calling him "the Wolf Blitzer of the Internet." Who is Harry J. Knowles, and how does he get directors like Joel Schumacher so pissed? Just go to www.aintitcoolnews.com and check out his film-land gossip and news site yourself. And just think, Jodie Foster might be perusing it at the same time you are ….

Would you believe that Study Breaks, that ubiquitous paean to college life covering West Campus, the St. Ed's corridor, San Marcos, and beyond, has just turned 21?! Yup, the drink special king has graduated to adulthood! Shhh, don't tell, but SB is one of our guiltiest pleasures: totally devoid of pretense (Hey, you recent glut of Austin lifestyle rags: Pay attention.), honest and forthright in its mission to provide the textbook of important college issues, like the recent and truly informative "SB University Offers Essential Courses for Clueless Coeds" back-to-school feature, offering such classes as BUS 401: Iron a Shirt; ENG 420: Fix a Flat; KEG 141: Tap That; and our fave, SEX 369: Remove a Hickey. Holy crap. It works. 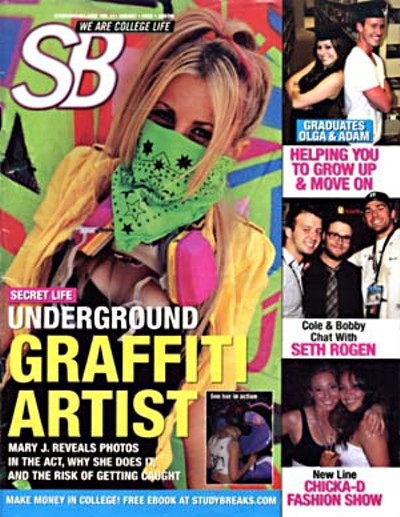 Was it a community service or their respect for the public's need to know … where to buy drugs? In a news story on the drug problem here in Austin, the Austin American-Statesman published a map of the locations where drug purchases could be made. Sure, the multitude of locations may have made a point, but the map also let anyone interested know just where they could go to buy crack. Just in case they happened to be looking for that sort of thing ….

Back in about 2005, longtime Chronicle contributor (and "Best of Austin" Best Author winner, 2006) Spike Gillespie created the Office of Good Deeds to help kick the ass of general complacency and apathy. One of the goodnesses of her locally-based-but-also-globally-dispersed office is the annual Kick Ass Awards honoring the relatively unsung cultural and political heroes in this burgeoning town. Conspicuous for flowing straight from the heart o' Spike and for a refreshing lack of "BOA"-wannabe posturing, this public recognition (with a gorgeously goofy trophy!) of socially conscious movers and shakers deserves, yes, an award of its own. 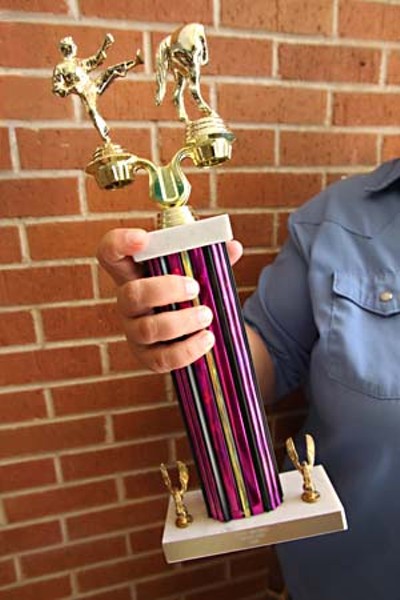 The sonorous, stentorian tones of Heath Riddles could easily be mistaken as those of a classical music disc jockey or perhaps even a man of God. But on KOOP's OutCast, Heath takes on seriously weighty matters and makes sure we know everything we can about the subject being covered. Thank God for Stephen Rice, who breaks the somber mood and reports the news, complete with commentary in a snide, insinuating, or perplexed tone that tells you far more than words can say, and for J.J. Lara, whose catty asides are a lisp of fresh air. Keep an eye on these three. And for now, your ear.

Want a decent-looking yard but care about water conservation and protecting the watershed too? Check out the city's Grow Green website. It offers loads of helpful info on practicing earth-wise landscape design, installation, and maintenance in your own backyard. Get help with landscape problems and learn about drought-tolerant plants and mulched areas that can replace your (probably dead by now) turf grass. Who wants to mow so much, anyway?

After constant, ridiculously harsh criticism of Pacifica Network News from a more-left-than-thou faction at KOOP radio, the venerable pacifist network finally severed its ties with KOOP, depriving Austin of Pacifica for several months. Thankfully, KAZI came to the rescue, and the best daily news program in the nation rides again in Central Texas, Monday-Wednesday and Friday at 5pm. (Update: Democracy Now, Monday-Friday, noon-1pm.)

Thirty-one solar revolutions ago, a band of bold conventioneers dreamed of a fantastical future. Now that future is here, and ArmadilloCon remains one of the preeminent literary science-fiction conventions in the world. Giants of the medium have dropped by over the years, from William Gibson to Joe Haldeman, and it’s virtually a home away from home for the master of Texas Gothic, Joe Lansdale. But it’s the community of Austin writers that have written its name on the stars.

Since migrating back to Austin from Houston and setting up camp under AustinSurreal in early 2008, promoter Matt Sonzala has done his fair share of hustlin' in the name of local and national hip-hop. Insightful commentary, photos, shout-outs, rants, hypes, and more all converge into a one-of-a-kind snapshot of the scene, framed by Sonzala's unique perspective. And any blog that quotes Alec Baldwin's character from 30 Rock ("Never go to a second location with a hippie.") as its mantra knows what it's talkin' 'bout.

Best Place to Find Your True Gay Self
I'm From Driftwood

Inspired by the classic photo of Harvey Milk sitting atop a parade car carrying his “I’m From Woodmere, N.Y.” sign – illuminating the connection to gay life with Everytown, USA – I'm From Driftwood posts stories from across the globe. This veritable Gay 2.0, brilliantly applying the best in Google Maps technology, presents personal stories from real life about real people from real towns. Why? In the words of creator and Driftwood native Nathan Manske, "To the gay teens struggling to come out and deal with their sexuality, who to this day still attempt suicide 4 times more than straight kids, it says 'you are not alone.'”

Some of us never really hated our parents' music. Some of us secretly reveled in those snappy, pappy tunes by the likes of Ferrente & Teicher, 101 Strings, Sergio Mendez & Brasil 66. Jay Robillard forces the smoking jacket out of the closet and serves up a swizzling mix of easy-going (not easy listening) tunes. Like many of his compadre deejays at Austin's community radio station KOOP, he is an expert – nay! an academician – in his field of elegance and savoir vivre. The music of Nino Rota is the soundtrack to life, baby, and may any backlashers who debunk the Cocktail Nation forever fizzle in the embers of their lack of true spark: They probably think the best drinks come in a can.

Actually, this was our April Fools' Day spoof for 1994; this year [in 1995], we just closed down for general lack of interest, remember? But it was probably a better premise, anyway, so we're happy to get the belated recognition. (Advance warning: We're already planning big changes for 1996 - a whole new era for the Chronicle.)

Mac Blake and David Jara are indeed the best friends your radio ever had. The duo's Saturday night KOOP call-in show, from 6 to 7pm, is the perfect stage for their back-and-forth zingers, a talent no doubt honed at their other job over at Master Pancake Theater. Sketches and stories, puns and prank callers, rants and a rousing round of “Man, I needed that��� vs. “Man, I did not need that." Put a ring on it.

Best Show That Keeps on Keeping On
Friday Night Lights

Indomitable. This filmed-in-Austin TV show, with its passionate fans and devoted critical support, has survived more than one rude attempt at cancellation. But the show keeps bouncing back better than ever, due to its captivating drama and stellar production values. Plus, the quality of the work provides a weekly testament to the spectacularly varied and deep talent pool that is the hallmark of Austin’s professional film and TV crews.

Next time someone tells you that the Texas courts are bastions of blind justice and the penal system works perfectly, tell ‘em to go read what Scott Henson wrote. The Innocence Project of Texas consultant and founder of Austin’s Sunshine Project for Police Accountability uses his blog to sing like a bird on everything from police brutality to courthouse politics and jailhouse conditions. 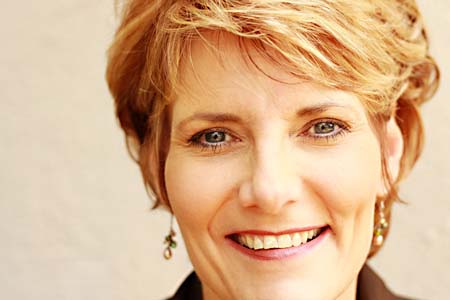 Investigative reporters are going the way of the Edward R. Murrows of television. But longtime Austin TV reporter Nanci Wilson, newly arrived at the local NBC affiliate, flashes more than a friendly smile when she arrives on a public official's doorstep. Open records laws are her specialty. Armed with her own portable copier, she can recite the law backwards and forwards. Keep your eyes peeled for Wilson going toe-to-toe with anything standing in her way on the paper trail.

Be honest with yourself. Apart from a lunch at California Pizza Kitchen, even mere window-shopping at the Domain for more than 30 seconds can drain the wallet. Luckily, local sound experimentalist Alex Keller brought together a handful of audio artists to give you a totally free reason to explore the New Urbanism capitalist dream(nightmare?)scape. Download the tour that has you perform random acts of creepiness or another that offers thoughts on embracing a shopping mall as your "neighborhood." A little sonic accompaniment can change your perspective.

Harvey Kronberg always jokes that the reason he owns Quorum Report is so he'd finally have a job no one could fire him from. Truth is, there are good reasons why many lawmakers and activists check this Capitol insider's well-informed online dirt sheet before they read their own e-mails. In a time when it seems every other news outlet is shutting down its Austin bureau, the ever-smiling Kronberg has upped his staff and his coverage of everything under the Dome.

Most Dedication to Austin Music So Early in the Morning, 2006
Fox 7 Morning Show

The unsung music-promoting heroes in Austin are Joe Bickett and Katherine Kisiel on Fox Morning News from 5 to 9am. They run the gamut of musicians, from touring bands passing through to emerging new bands, from local legends like Ray Wylie Hubbard to music-related personalities such as Pamela Des Barres. Particularly around South by Southwest (especially the Austin Music Awards, wink) and Austin City Limits Music Fest, they go into high gear, booking the best bands around. What's funniest is to see the bands unloading at 6:30am on Brazos Street, when chances are that they just loaded up after playing a gig a few hours before.