Garnering regular awards since 2006, the Blanton has continued its affair with Austin by adding yet another extension to its complex, the Edgar A. Smith Building, home to its new museum shop and cafe (opening Nov. 16). Its collection is vast, and it would take many more buildings to show it all off. As it stands, and as evidenced by this award, Austin has continued its love affair with the Blanton, as well.

We Texans love Texas history, and the Bob Bullock Museum is a testament to that love: Costly and sumptuous, the exhibits are visually stunning, as well as painstakingly researched and brilliantly curated. The dynamic story of Texas practically reaches out and grabs you, and if that isn't thrilling enough, there's an IMAX theatre, too!

The city could have gone the safe, boring route of lumpen political portraits, but through the People’s Gallery program, it opened itself up to works from the representational to the surreal, somber, playful, and even fuzzy, all from local artists. The Enchanted Forest provides a safe haven for creators to build magical, unique, large-scale installations. Now if City Hall and the Forest could just talk to each other …

Artist Jean Graham enacts the ancient art form of mosaic on both the visual and community levels. Tiny pieces (neighbors) come together to make a shimmering whole (community) that tells a story (giving our best and working together for peace and beauty). Her murals are "of the people, by the people, for the people," located around Austin at Brentwood Elementary School, the Crestview Shopping Center, and other locales. Graham is both an inspiring leader and a gracious midwife of public art. With the pristine acoustics of the 2,400-seat Michael & Susan Dell Hall matched by few in the world, along with the flexibility of the Debra and Kevin Rollins Studio Theatre and the glorious outdoor City Terrace, the Joe R. and Teresa Lozano Long Center for the Performing Arts has given Austin a versatile world-class venue for international talent and regional groups alike. Recycled from a large part of the old Palmer Auditorium, the literal groundbreaking on this masterpiece ushered in a new era of groundbreaking Austin art.

His Best Theatre and Best Stage Director awards date back more than 10 years. Dave Steakley has grabbed the Austin theatre scene by the vocal cords and has issued peals of joy. Whether adding a special musical twist to an old favorite (such as his post-hurricane take on Porgy & Bess) or presenting fresh, new material (Keepin' It Weird), the groundbreaking productions under this Zach stalwart are sometimes hilarious, sometimes chilling, sometimes tender, or sometimes heartbreaking, but they're always gripping, riveting productions that keep our theatre scene among the best. 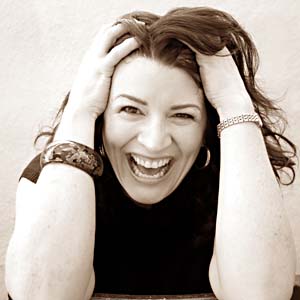 We always knew we'd lose her to a more adoring audience. Babs has been a regular contributor to this paper for years, but her true love is the stage. She's certainly carved her place as a grand dame of Austin theatre - perhaps the grand dame since the passing of Karen Kuykendall. Barbara Chisholm is a director's dream in a siren's body. With talent to burn, this effervescent performer has proven to be one of the greats due to her kaleidoscopic roles, driven dedication, and an enduring association with Dave Steakley that showcases her talents like the setting on a Tiffany diamond.

The brilliance Reynolds captures in notes and melodies for projects both grand and small has affixed him as an integral lightning rod for so many of Austin's musical endeavors. Whether wearing his Golden Arm Trio hat or lending orchestral magic to reels, live performance, Richard Linklater's A Scanner Darkly, or off-Broadway glory, his inspired multi-instrumentalist approach to composing as a drummer, pianist, bandleader, and collaborator continues to leave audiences awestruck.

They caper, they twirl, they arabesque, they pas de ciseaux and fondue: Ballet Austin expands ballet's vocabulary and Austin's artistic mastery anew each season. Its stark, riveting interpretation of Shakespeare's Hamlet, with music by Philip Glass, is an example of its top-quality innovation in contemporary ballet.

Lucky Austinites have been riding the resurgence of improv and comedy troupes, and facing this kind of comedic talent, how could you choose just one? Ever since ColdTowne relocated home base from NOLA to AusTex, it's brought the laughs with notable aplomb and genius. Blown out of the creative nostrils of Mr. Sinus Theater, Master Pancake Theater is the newcomer to this category combining heckling, live performance, and film. Esther's Follies has been a longstanding mainstay of Texas and political humor, walking the fine line between faithful favorites and innovative new sketches. Three cheers to these masters of comedic timing – this year, times three. 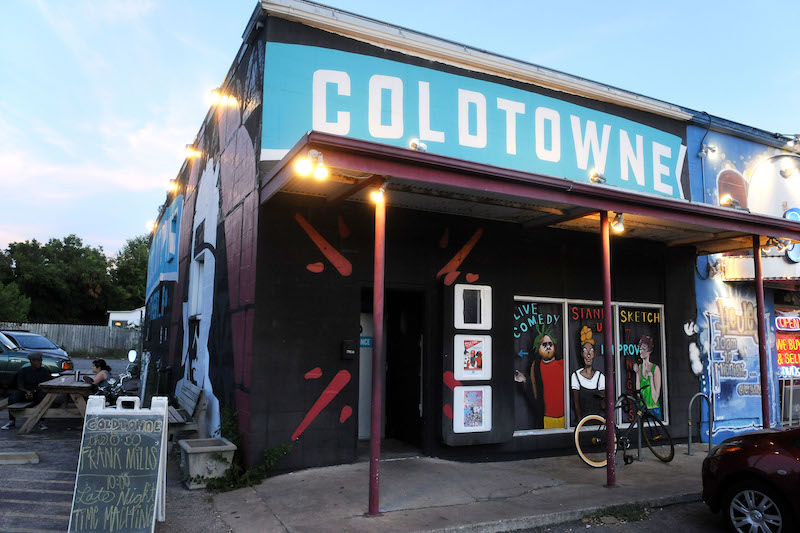 Perfect delivery, flawless audience interaction, biting commentary, and truly interesting anecdotes with hilarious, brilliant payoffs make Matt Bearden the Best Comedian in Austin. And we know it's only a matter of time until he's recognized as one of the best comedians in the country. Until that happens, we'll be front row center at all of his local shows, admiring his sweet, sweet handlebar 'stache.

Bob Ray was in the right place at the right time when he started filming some friends starting a Roller Derby league. But it was his tireless efforts, taking his documentary Hell on Wheels to every film festival and skate rink that would have him, that got him and his movie the fame they deserve. When the Texas heat threatens to keep Austin seared, nothing beats melting the summer days away in the belly of the nearly century-old theatre, lost in the magic of Hollywood. Film-history buffs can break down cinematography and art direction in the Hitchcock and film noir pairings, while Eighties-o-philes can revel in the the guilty pleasures of Flashdance and Dirty Dancing. For 33 years, the Paramount Summer Classic Film Series has kept Austin cool, screening the movies that made Hollywood sizzle.

Another win for this Austin designer and more love from our readers, as Chia snags Best Clothing Designer three years in a row. Chia has established herself as perhaps the most visible of local designers, and her cheap, chic, and simple designs continue to charm her fans and public. Chia is a critical cog in the Austin style machine.