This award-winning local news and talk-radio station began in 1939, and on Aug. 1, 1966, one of Austin's darkest days, gained national recognition for their coverage of the UT Tower shootings. They continue to impress listeners with their passionate news coverage, community-based approach, and talented lineup, including regular BOA-winner Jeff Ward and broadcasting legend Cactus Pryor.

What does a master's degree in journalism and a sense of humor get you? According to this Pink lady, lots of tears when your loan bills arrive; according to Austin, the title of Best Blogger. In the Pink Texas covers presidential politics, local government, social life, and whatever the highly educated staff desires. Eileen Smith, the editor herself, has charmed the readers of this university city with her smart, humorous ennui, even snagging a gig with Texas Monthly. Reminiscent of The Daily Show With Jon Stewart, this blogger's witty slant on national politics speckled with Austin gossip and slight self-deprecation keeps us informed and laughing at our desks. Hide your tofu! This year, Austin’s self-appointed roast master general has spoofed on vegans, attorney generals, vegetarians, the lack of toilets at football stadiums, and meat-haters. Coming on like a hayseed Hemingway, the cuddly columnist with the cruel tongue brings barroom mocking to the page three times a week.

You wouldn't know it by sight, but behind the tiny frame and homegrown smile lies one hell of a fierce and scare-proof journalist. Never shying away from controversy, Jordan Smith has championed for transparency in women's issues (the notorious Bible-in-crotch cover story, anyone?), stayed dead on course with the Warren Jeffs polygamy case, and, of course, makes waves with her "Reefer Madness" column. Her writing is as strong as her resolve, and readers of the Chronicle look forward to pounding the pavement alongside her. If all journalists were as tough and true, news as we know it could change for the better. Pencils down! Veteran wordsmith and Sinus Show survivor Owen Egerton’s How Best to Avoid Dying is a collection of short stories that are funny, surprising, and just a little irreverent. You’ll appreciate the humor and the depth. Meanwhile, first-time author, flat-track fury, and Hotrod Honey Melissa “Melicious” Joulwan dishes on Roller Derby, showing us the general badassness of the sport. Read Rollergirl: Totally True Tales From the Track, and see how tough – and how smart – the skaters are.

In one corner: the dry-witted heavyweight known across the nation that set up a satellite shop in the ATX. In the other corner, the plucky Southwest Austin weekly that gives a real voice to the Oak Hill area. But between satire that makes everyone laugh and journalism that serves a single community, they're both making sure that print isn't dead.

KVUE wins this category again. Why? Because as the Nielsen ratings have declared it most widely watched local newscast for more than a decade, KVUE gives its viewers - a group that apparently includes a lot of Chronicle readers – what they want to see. Plus, they have Olga Campos who is one classy dame, reporter Quita Culpepper, sportscaster Mike Barnes, and weatherman Mark Murray who all make regular "Best of Austin" appearances.

From New York to Austin, the -ist branded blog chain has made its mark wherever it lands. The Central Texas incarnation has quickly become the local scenester's essential online arbiter of taste, mixing hipster culture buzz with shot-sized news bites.

News8Austin.com continues the be the place Austinites and those interested in Austin click on to find out what's happening now in Austin. With up-to-the-minute news weather, traffic, sports, and info, the website is chock-full of fun and informative places to go in a user-friendly manner - very much like the television station for which it's a virtual presence.

Before there was the festival, there was the show. Since 1976, Austin City Limits has showcased Texas artists and other performers of America's music from country, blues, and folk to rock & roll, bluegrass, and zydeco. Bringing us everyone from Willie Nelson to Death Cab for Cutie, Ray Charles to Stevie Ray Vaughan, Jerry Lee Lewis to Beck, Johnny Cash to Leonard Cohen, Austin City Limits is not just a "Best of Austin"; it's a Best of America, too.

Not enough rock in your morning routine? Then your alarm clock isn't set for The Morning X with Jason and Deb (ex of Mix 93's JB & Sandy), which immediately has you lip-syncing on your pillow, raging from the minute you wipe the sleep from your peepers. Alternative rock, newbies with flair, and just get-you-up kinda jams that remember rocking as a beautiful thing. Even first thing in the morning.

From his exquisite portraiture to photographing the rock royalty of Austin (and those who pass through), the images captured by regular Chronicle contributor Todd V. Wolfson reveal a facet of their subjects that the subjects themselves might not have known. A regular on the scene that he covers, Wolfson does far more than photographing the image of Austin - he helped create it.

Watching public-access TV feels sometimes like you're in another country watching religious rituals, but these independent faves are true Austin. Our homespun conspiracy theorist Alex Jones and the creator of the Austin Movie Show Jegar Erickson are both at home with this low-budget format. The realistic lighting and audio complement both Jones' one-on-one-style rants about 9/11, as well as AMS's delightfully down-to-earth movie parodies, industry updates, and live-music performances. They're a fun break from the glossy production style of mainstream TV.

Sometimes, talking shit in the morning can be too much. Not enough caffeine or sleep or snooze buttons. But, with 101X's smartass deejay Jason Dick in your ear, it seems like a wake-'n'-bake on a sunny day. Giggling before you realize you're too tired to chuckle. Too bad you're going into work, because the redheaded host and fellow morning maven Deborah O'Keefe (the Deb of The Morning X With Jason and Deb) keep the rock from 6 to 10am.

Whydaya suppose every time a B.B. King or a Neil Young rolls through town they find themselves behind a KGSR microphone? Well, they don’t know anything our "Best of Austin" voters don’t know already. When so much radio is centrally playlisted and straight out of the can, KGSR remembers it's real people who make music. So they get them in the studio – live. A lot. From national icons to local regulars. If they can't fit 'em in the studio, they take 'em outdoors with their regular Unplugged at the Grove and Blues on the Green events. And it wouldn't feel like a real live concert without the ubiquitous KGSR roadshow.

"To be the most trusted radio source for news and music in Central Texas," that's the UT-based, National Public Radio-affiliated broadcasters intent – and they live up to it with engaging, entertaining news programming from around the world and around the block. From the global pulse of BBC World Service: The Ticket and NPR's All Things Considered to locally produced gems like KUT Newscast and Arts Eclectic, KUT keeps us in the know – and now, even flung out to the ether with their Morning NewsPod, a free podcast roundup of all things Central Texas.

Jeff Ward knows winning. Hell, he holds the NCAA record for most game-winning field goals (10 with the Longhorns, if you must be so inquisitive). And winning this award five years running makes for pretty good bragging rights. KLBJ’s kinda sitting on a gold mine with Ward manning the afternoon mic for more than a decade, and picking up double-duty as co-host on Longhorn Game Day.

How is it a Hoosier could know soooo much about Lone Star State sports? He’s as well-versed in Colt McCoy’s third-down stats as he is with the Del Valle junior varsity football squad. Well, KXAN (you know ‘em as NBC Channel 36) pays him for his time, and 12 years into the game, Roger Wallace covers ‘em as well as anybody. So even when Texas Rangers' highlights aren’t worth watching, Wallace still is.

Great columnists talk how they write, and that’s Bohls in person. Measured, thoughtful, and ridiculously well-informed on all matters regarding UT sports. The often critical chronicler of the Burnt Orange empire remains the truest friend to the team and the fans by never becoming a cheerleader and always keeping the score. 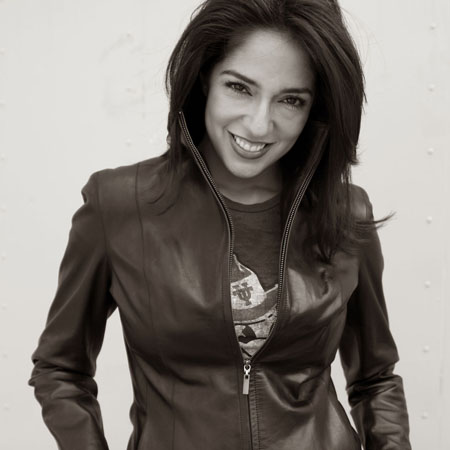 Pretty, yes, but you won't find this babe asleep at the wheel behind KXAN's evening news desk or blithely parroting someone else's words from the teleprompter. There are years of beat reporting, undercover investigations, and even a trip into a Mexican federal prison in pursuit of a story behind that desk. From humble beginnings in El Paso, Valles accrued celebrity status and uses it to support charities like the American Heart Association and the American Diabetes Association.

This is Quita's sixth win and Amy's first appearance – in fact it's News 8's first appearance in this category ever. As Weekend Daybreak anchor, as well as reporter, Quita, who has been with KVUE since 1998, also does the popular Does It Work Wednesdays segment. A relative newcomer, Amy joined News 8 in 2003 and has rapidly gained attention for her stylish substance, with public interest programming like News 8's Forever Families adoption segments and the extreme let's-put-the-reporter-on-a-zip-line Fit for Friday bits.

Maybe it was being raised in Oklahoma that gave him an insight into wind or studying meteorology at Mississippi State that allowed him to tell humidity from an isobar. Either way, the seasoned weather eye of KXAN's chief forecaster has won him his reputation as your plaudits for the ninth time. He's like the friend that you connect with that will always give you good info and advice. But you already know that.