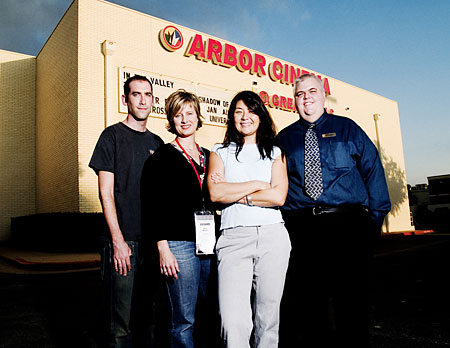 As the local arthouse venue of the national Regal Cinemas chain, the Arbor @ Great Hills can always be counted on to showcase an outstanding selection of films. The theatre goes the extra distance by hosting such series as the DocuWeek Tour and Reel Talks, as well as providing festival screens for the Austin Gay & Lesbian International Film Festival, the Austin Film Festival, Austin FilmWorks' end-of-semester presentations; and offering year-round ticket discounts to Austin Film Society members. Plus, Kevin Prewitt, the theatre's manager, is one of the nicest and most accommodating overseers to ever grace a box office, concession stand, or projection booth; visiting his theatre is always a pleasure.