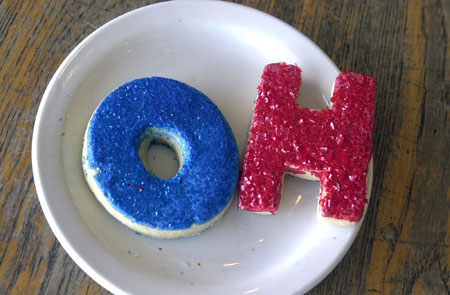 Who in the hell are these people? No seriously? 3pm and they’re still out there in their flip-flops and ratty T-shirts reading the paper, playing guitar, writing poetry, and debating philosophy with passersby. Have they no shame? Don’t they have to be at work? Don’t they have jobs? Most importantly, how can they afford the coffee? Existential questions like these apparently can only be answered over the long course of a weekday afternoon nursing a double espresso and noshing on a tasty pastry, reasonably priced at $1.99 and $1.49 respectively, but not exactly free. Both are served up by employees who look like they stayed up way later than you and with cooler people. Don't stress. They ain't trying to impress. Quack's has been serving slackers so long it was only a matter of time before the served became the servers.