Awww, you shouldn't have. We do our best to give you the information you need to be citizens rather than spectators. Apparently it works. (So remind us … why is "liberal bias" such a bad thing, anyway?)

Chronicle readers like their reporters funny and downhome – at least if downhome is South Austin, where these two local icons have hung their respective quills lo, these many years. Molly spills most of her ink puncturing Republican pretensions to populism, while Kelso is an equal-opportunity offender – except when it comes to Aggies and Sooners. Lately, the ascension of "Shrub" to the White House – yup, Ivins invented the nom de Bush – has made Molly the National Authority on Bad Ideas in Government, tried first in Texas and found not to work. As for Kelso, one of these years the Horns might actually beat Oklahoma, and he will have to be polite for a week – the game just might not be worth the candle.

So, was the Spurs' championship run over an injury-riddled field more or less legitimate than the "strike-shortened" championship of 1999? Kirk Bohls knows. What will the big stories be, come football season? Hell, you won't even have to ask. After nigh-on 30 years covering college football, the latest Horns imbroglio never fails to light a fire under the American-Statesman mainstay and our readers' repeat fave.

More than 30 years ago, Alan Pogue returned from a tour in Vietnam armed with renewed conviction and the gift of a camera. Both have served him and the international peace movement well now for many years. They have brought to us images of beauty, suffering, and courage – often indistiguishably mingled – and created a humanitarian and aesthetic community of seers around the globe. As our readers recognize, once you've seen the world through Pogue's eyes, it will never seem quite the same, nor as simple, ever again.

"Listener-supported" describes our town's public radio station not only during pledge-drive time but apparently also during "Best of Austin" polling time. Every year, KUT and Austin's locally inspired KGSR-FM battle for this slot in the readers' hearts. This year, KUT-FM takes it. Their commitment to engaging programming is a given, from locally produced shows like satin-smooth Teresa Ferguson's Austin Music Minute and John Hanson's nationally distributed In Black America to NPR favorites like All Things Considered. Congratulations, KUT, Austin is listening.

Best Radio Station to Listen to at Work
KGSR 107.1FM

Starting your day with Kevin & Kevin and following it with Bryan Beck, Susan Castle, and Jody Denberg, KGSR is the soundtrack to your workweek. Called "art on the radio" by Rolling Stone, KGSR's combination of personality mixed with great music from near and far is an Austin favorite. From Coldplay to Lucinda Williams, Bob Schneider to Annie Lennox, KGSR plays the music Austin calls its own. 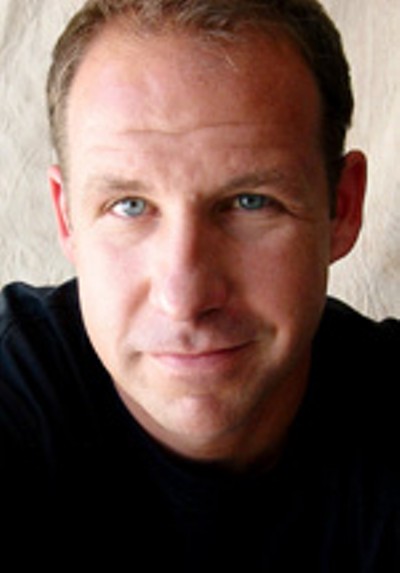 Although mostly conservative, Jeff Ward doesn't surrender to the cliches of the radio ranters, and his evening chat is as likely to be an intelligent discussion of the issues of the day as it is to be a preview of the Next Big Game – handled with equal aplomb. Not to mention, he's got a Texas radio voice to swoon for – and Chronicle readers glued to the dial.

What can we say? KUT's John Aielli might be Austin's most lovable nut of a deejay. The guy gets away with more bizarre behavior than Howard Stern could even if Stern took seven hits of acid right before going on air. Who else can play 15 variations of the same song in a row, authoritatively discourse on 50,000 different topics, keep his guests in line (he is the boss, don't forget), and sing so magnificently? OK, so sometimes you want to throttle him, but see, that's what makes him like family. And he's gotten delightfully nuttier since the advent of Internet usage by the masses. Now he has to spend a lot of time coming up with trivia questions not easily solved with a quick Google. But it's worth trying to solve his puzzles: The guy always has the best giveaway tickets in town.

In last year's "Best of Austin," the big media upset was JB & Sandy's win of this category. Frankly, even they seemed a bit shocked. This year, the nice guys on MIX have done it again. Our readers voted for their smart programming moves, like rerunning the morning program in prime time, bringing in show producer Sergeant Schneider and his occasional Jerky Boyz/Crank Yankers-style phone-call bits, and hiring last year's contest-winning co-host Debi O'Keefe as a regular to balance out the boys and add a bit of sass. Is it shocking that Chronicle readers prefer the casual silliness offered by the MIX morning crew? The votes are in: Shock jocks are old news, and folks are looking for something a bit more tender in their wake-up nudge.

Their fans are legion, their appeal is broad, and the jokes keep coming like a jackpot at a slot machine. This radio show is an Austin institution, and Austinites would sooner skip their morning coffee than skip the Dudley and Bob Show. Their event That 70's Prom proved that, as hosts, Dudley and Bob are as at home on the stage as they are in the studio.

From hometown heroes like Willie Nelson and Doug Sahm to the parade of American music royalty that passes through on an annual basis, Austin City Limits is Austin's ambassador to the world. Serving up an array of the finest contemporary music from country, blues, and folk to zydeco, bluegrass, and rock & roll, with a heapin' helpin' of our legendary hospitality, Austin City Limits gives the world a chance to see what they had only heard about before. Proving exactly how Austin has rightfully earned the title of Live Music Capital of the World and having taken this title for as many years as we have featured it, Austin City Limits has been its own "Best of" since 1976.

Best Public-Access TV Show
The Show With No Name

Staring down the barrel of another workweek is easier with Charlie and Cinco holding down Channel 10 every Sunday night at 10pm. Their hourlong omnibus of obscure short films, old TV talk-show segments, found video of drunk rednecks setting their uncle on fire, and more footage of Bill Hicks than you knew existed justifies the existence of public-access TV.

While they're not exempt from the co-anchor revolving door, stalwarts Robert Hadlock, Jim Spencer, Roger Wallace, and the laid-back iconoclast Jim Swift make this team the Chronicle readers' favorite.

Cantu is ot only our readers’ favorite, but also the most huggable news anchor in town. The inclination to run up and squeeze him to see if a high-pitched squeak comes out is not beyond imagination. Fortunately, K-EYE's Cantu is also authoritative and actually sounds like he cares about and understands what he's reading. Still not convinced? Check out his own friendly (and informative!) Web site, chock-full of info on Mexican broadcasting, personal family photos, and even a page full of .wav files that demonstrate how to pronounce difficult Central Texas words, like "Boerne," "Murchison," and "Geezinslaw," all in Uncle Fred's inimitable baritone. 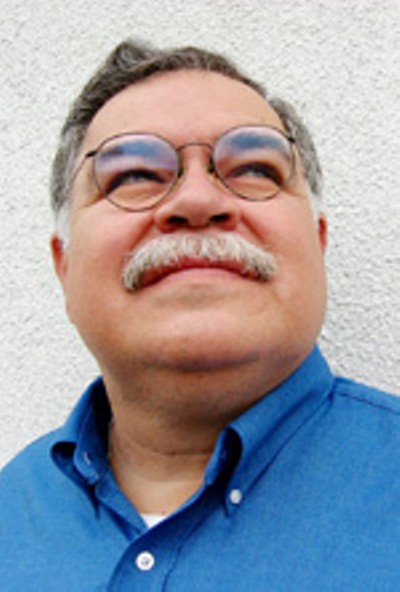 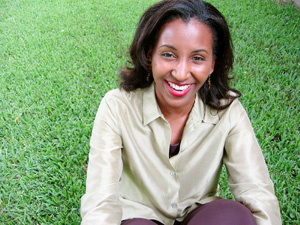 KVUE's Quita Culpepper is the kind of versatile e-woman broadcast journalism needs more of. From hard news to live remotes to new gizmo testing on her popular "Does It Work Wednesday" segment, Culpepper projects an air of competence and comfort in front of the camera. And it's no news flash to anyone who's encountered her face-to-face, she’s even more beautiful in person.

Always affable, KTBC Fox 7's Dave Cody wins – just like he does every weeknight on television screens across Central Texas. Having appeared in this category before, his "Best of Austin" awards are testament to his prowess with the sports scores as well as with his audience.

Oh, how we love Jim Spencer! Every day he lays his weather-speak out for us on KXAN, and we eat it up like barbecue on a hot summer day. His nonchalance and intonation make him our readers' fave among local meteorologists. If Jim Spencer says it's gonna rain, we break out the umbrellas. And that smile ... oh Jim ... how we love you.

Like an old B-movie drive-in flyer screaming off the pages of Psychotronic, poster artist Jason Austin's gig art is uninhibited, sensual, psychedelic, and finger-lickin' good. Austin's music history in the minds of some is limited to the cosmic Seventies and sincere Eighties. But any punk worth their lugies knows that the most badass era of Austin music didn't begin and end with the singer-songwriter. Jason Austin's work is a mighty fitting catalog of the heady early Nineties (his Jesus Lizard at Emo's poster is iconic), and his more recent work (two lovely naked ladies embrace in a poster for Sonic Youth at Stubb's) pushes the tradition of high rock & roll art into the hands of the masses. 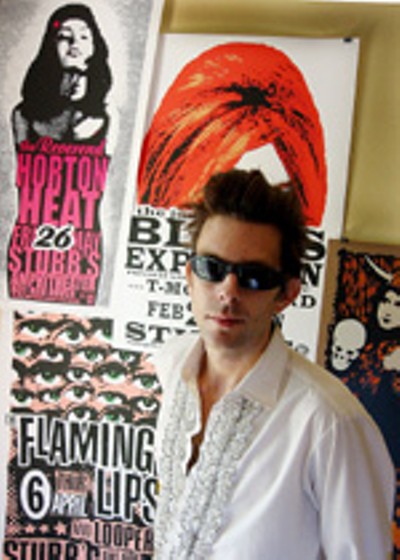 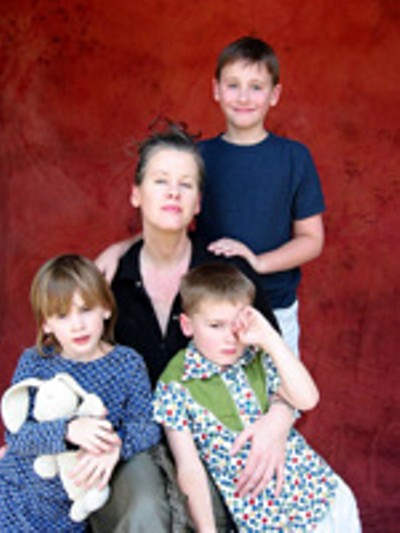 Local parents looking for other new mamas and papas have found Austinmama.com. The webzine features great essays on parenting and other topics, profiles of happenin' mamas in our town, and recipes to try. Readers can connect through message boards or Yahoo! groups; currently, book groups and play groups are forming. The site also links to a sister event, Coo de Tot, a monthly bazaar of unusual and locally made clothing and crafts, all by Austin mamas.