Gallery Lombardi has been a favored meeting place of artists and art lovers alike for years. This converted warehouse has provided a place for new artists and old talents to hang their works side-by-side in themed group shows and parties. Their recent "erotica" show opening (much like the one they hosted two years ago) was one of those wild Austin shindigs not to be missed. Sadly, late this past summer, our readers' favorite gallery closed … but the show must go on. Beloved director Rachel Koper will be there through the year, against bare walls, for a few special events and to rent the available space ($250/night) to fellow art-types.

C'mon now! What other museum's tuff enuff to make it in a truck commercial? You think that durn Guggenheim ever got scoped for Truck Month? Seriously pardners, our State History Museum is a right nice destination for the folks and li'l critters alike. "The Story of Texas" is the main attraction, a massive three-story exhibit that might just teach you something about the Lone Star State. And let's not forget that newfangled IMAX theatre. Darn right, it's the "best in Texas."

Few musicians have the teeming ambition of Graham Reynolds. Beginning with the Golden Arm Trio in 1995, Reynolds amassed a motley patronage of classical, jazz, and punk rock fans with a near-constant stream of symphonies, string quartets, film scores, operas, and sundry works of most every other conceivable stripe. His third symphony premieres this fall.

Of course it's a tie – a tie that binds in our culturally enamored minds these two epitomes of the ridiculous and the sublime. The former word best describes so many of the Blue Genie creations enlivening the skyline of our city; the latter's a word easily connected to the enigmatic and eye-jarring paintings of Julie Speed. And now that these aesthetic forces share the honors in our Readers Poll this year, we hope to see the Blue Genie team render one of Speed's triple-eye portrait tableaux in three full-color and larger-than-life dimensions. Real soon now, right, guys? 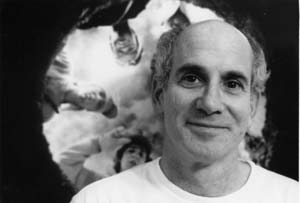 Move over Rick Linklater, step aside Lance Armstrong; Austin's latest hero is Louis Sacher, who wowed the world with his award-winning book Holes, which drove us into a further frenzy of pride when it was released this year as a fantastic movie and chosen by the Mayor's Book Club 2003 as the book for the entire city to read. Kids stopped asking for toys for Christmas and started begging for shovels. OK, that part's an exaggeration. But J.K. Rowling is hardly the only author inspiring kids to read like crazy. Holes is a book that kids turned their parents on to, and parents were glad for the turning. Lucky for us, the quiet yet prolific author has plenty of other offerings, too, including the Wayside School series and the Marvin Redpost series.

Mystery Science Theater 3000, who? Move over, robots! Austin's own homage to B-movie heckling has taken this category by storm. Perhaps it's the razor-sharp wit that'll leave you feeling like you sprained your tummy laughing so hard, or perhaps it's just that it's pretty much guaranteed that you'll end up seeing at least one of the players – Jerm Pollett, Owen Egerton, and John Erler – stripped down to his Skivvies before the night is through. No matter the reason, this trio of hammy man-hams have won the loyalty and adoration of a city continually hungry to see Hollywood taken down a notch or 12.

Playful. Sensual. Electric. Immediate. These are just some of the qualities that Stephen Mills instills in his dances, and they explain why audiences here get jazzed about ballet. The Ballet Austin artistic director has a way with movement that makes the classical contemporary, that gives even the most familiar ballets – say, last season’s Giselle – or that holiday staple The Nutcracker – the pulse of life. His energetic, inventive, and frequently witty choreography has made instant classics of his original ballets, from the modern Touch to the hilarious A Midsummer Night’s Dream to the dynamic Hamlet, which returns next season.

For 14 years, this multiform troupe has been a wholly distinctive presence on the scene, blessing Austin with its utterly appealing blend of ballet, modern, jazz, and that oh-so-sweet rhythm tap. This year, Tapestry got a new lease on life with five new troupe members who brought a fresh set of skills and personalities to the mix. But with the company still led by co-founder Acia Gray – a member of the Austin Arts Hall of Fame and multiple "Best of Austin" winner herself – Tapestry’s signature sweet steps and joyful spirit endure.

The grand architecture of Austin's grand dame and premier site for Hollywood-worthy world premieres of hits like Secondhand Lions, School of Rock, and the Spy Kids series makes us feel like we're in a theeeatah dahling, but the event bringing us in is just as likely to be a classic camp movie as a refined dance performance.

It makes sense that the winner of the Best Theatre Company category would include among its ranks the Best Theatre Director. Even if it didn't make sense in other than an Ionesco sort of way, of course the megatalented Ms. Sides takes the metaphorical cake, having rendered show after show in the Rude Mechanicals' canon worthy of local acclaim and national (at least) buzz. How? By using her talents, her skills, her ability to direct a similarly impressive group of performers and craftspeople, and by working her ass off on projects big enough to overwhelm any three lesser directors. But it's the boots, too: We definitely like those boots.

The man behind Petey Fisk, Charlene Bumiller, and dozens more – who along with his co-star, Joe Sears, embodies the entire town of Greater Tuna – is a quiet, unassuming fellow who began acting when he was a teenager three decades ago and never looked back. He's still acting, taking on roles in shows as diverse as The Laramie Project, Tru, and Uncle Vanya, but now he's also looking back, building a second small universe as a playwright, and this year's I'm Not Lying opened a realistic world of memories that in the long run will grow beyond the boundaries of shy little Tuna. All we ask is to be taken along for the wonderful theatrical ride.

Because they use their powers – powers that make one think they must have, when younger, attended Professor Xavier's Institute for Higher Learning and had their natural mutant abilities enhanced through rigorous, team-based training – for good, not evil, those uncanny Rude Mechs again nail the pinnacle of public appreciation for the original shows they mount and the classics they pump fresh blood into at their Off Center headquarters. When they're not busy traversing the globe to spread the gospel of Lipstick Traces, that is.

The Junior League's Christmas Affair event is the nation's largest Junior League holiday market. This coming year, the juried craft show will be held at Palmer Events Center and will feature a New Orleans theme. There's great gift-buying to be done, and, as always, piles of the proceeds go toward the Junior Leaguers' multimillion-dollar community-outreach efforts right here in our fine city.