Some of the top comic artists in the country have wielded the ol' El Marko to glorify the white acoustic panels that compose the ceiling of this fierce comics shop located on the ground level of the Dobie Mall. "Jeff Smith, Evan Dorkin, Shannon Wheeler, Chris Sprouse, a bunch of other great artists," says Tim Doyle, local arts icon and proprietor of Funny Papers' UT campus outlet. "Duncan Fegredo's got something up there," he says. "Wow, huh? Sure, we don't have a panel by R.F. Outcault, but whattaya want? Time travel?" Who says movies only happen in Hollywood and New York? Austin’s homegrown film industry makes it an A-list location with A-list movie stars that is on par with the most desirable locations in the world. Current projects include Luke, Owen, and just-as-hunky-if-not-more-so bro Andrew Wilson’s The Wendall Baker Story, as well as Secondhand Lions starring Robert Duvall and Michael Caine. With the late-summer premiere of Once Upon a Time in Mexico, among so many other premieres, and recent projects such as The Alamo and Quentin Tarantino’s Kill Bill, Austin’s reputation in the film industry grows by leaps and bounds. In addition to SXSW Film Conference, Austin Film Society, Austin Film Festival, Texas Film Hall of Fame, and Austin Gay & Lesbian International Film Festival, the city is home to nearly 80 film production companies, Austin Studios, 15 assorted film festivals, and the film phenomenon known as the Alamo Drafthouse. Just one more reason that Austin is the best place on Earth.

When the Mercury announced around SXSW that they had just lost their lease, it represented a new low in Austin's music community. The Hole in the Wall, the Black Cat, now Austin's most handsome room? Well thankfully the lease was re-upped. Though booker Philip Croley is reducing the number of weekly gigs and changing the name to the Parish, there remains no better place for shows like the Psychedelic Furs' visit this week.

Possessing a cool subterranean vibe without actually being underground, Cedar Street is the perfect place to end a scorching day. The high, narrow walls focus the breeze and cool you down enough to rock out with the evening's featured band. In operation since 1995 and located in the popular Fourth Street entertainment hive, Cedar Street's indoor/outdoor bar draws a diverse, festive crowd any night of the week. The use of natural materials – wood, stone, iron, and leather – creates the ultimate patio party, inviting you to linger and listen, drink and dance all night long.

Feeling bleak on a Sunday night? Perhaps you suffer from DDD: dancefloor dissatisfaction disorder. How many times is a person supposed to endure "Do You Really Want to Hurt Me?" before wanting a lobotomy, anyway? Check into the Disco Hospital! Austin's crack squad of anesthetic aestheticians are on call to heal the masses by exposing them to the original, more obscure synth strains that made the New Wave bug what it was, even before that term existed. And to distinguish between the doctor and the Cure, as it were, local and national bands play a range of synth-influenced music in between DJ sets. We found it helps to get our systems untainted of “Tainted Love" every once in a while. Contact: Sean O'Neal, 220-6959 or velveteenhabit@yahoo.com 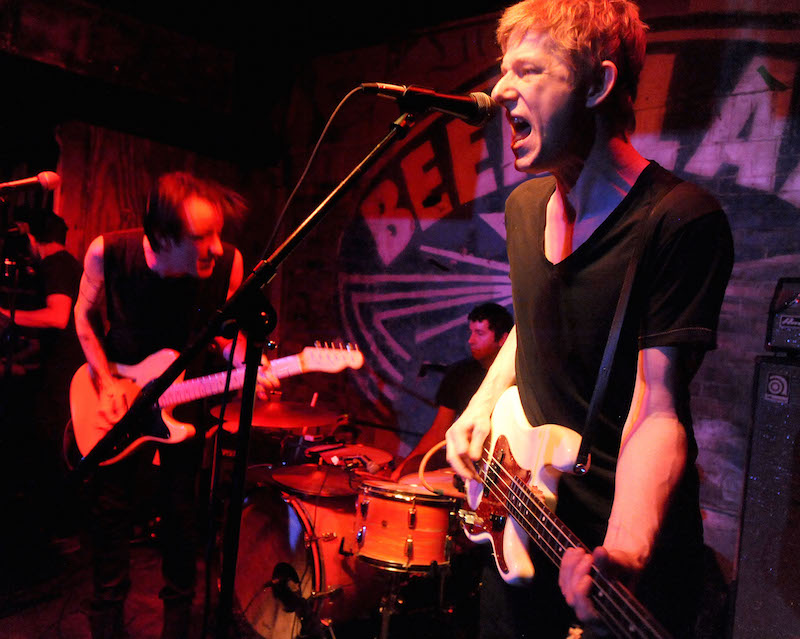 Smack in the middle of the brouhaha over the proposed smoking ban in Austin's clubs, a curious thing happened. One of the town's best new bands, electro-rockers Single Frame Ashtray, dropped their "Ashtray" like a bad habit. Were they trying to appeal to the under-18 crowd? Or maybe they thought their band would be banned as well. Single Frame lives on, but they ain't smokin' anymore.

Upstart Pedazo Chunk – run by Dannie Knowles (webgod Harry's li'l sis) and husband Lobo – is the only place in town where you can find fresh-off-the-boat Asian horror DVDs, out-of-print VHS gorebombs, and a wealth of Spanish-language titles all in one tiny space. And they're conveniently located below a tattoo parlor just in case you feel like finally getting that Ultraman tattoo you've been putting off. 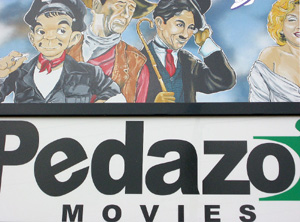 Now that the Austin Cinemaker Co-Op has gone all inclusive on us, Flicker mastermind Cory Ryan (or is that "mistressmind?") and her bimonthly minifest is the best place for Super 8 and 16mm short films to get seen. Part of a loose-knit national movement, Flicker Austin screens whatever you throw at 'em (more or less), as long as it's under 15 minutes in length and orginates on small-gauge film stock. Is this how D.W. Griffith got his start? Well, no, but then Griffith never had people serving Shiner Bock at his premieres as far as we know. Too bad for him.

Galaxy Highland 10 is the Abe Vigoda of movie theatres. Remember how, just a few short years ago, everyone assumed that the beloved star of Barney Miller (and subsequent spinoff, Fish) was dead? Mention the Galaxy Highland 10 to almost anyone who has lived in Austin for any length of time, and they’ll say, "I thought it was closed." See? Abe Vigoda = Highland 10. Even the bigger flicks, such as Charlie’s Angels II: Full Throttle or Old School, sold out all over town, had smaller crowds than a Tonya Harding boxing match at the Highland. Of course now that we’ve revealed them as a well-kept secret, we suggest you flip to the movie showtimes after reading this and get your butt on over to Middle Fiskville Road quick, before it’s too late. 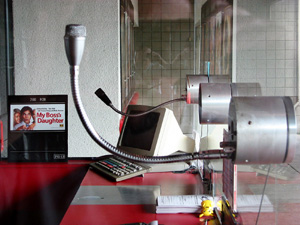 Matthew! Farrah! Owen! Woody! In its third year, the Texas Film Hall of Fame drew national media to its homegrown event in a dazzling display of Lone Star glamour. Amid a beautifully designed landscape from Big Red Sun, reporters from CNN and People hobnobbed with us locals as if this were L.A. And why not? The idea of honoring Texas' cinematic contribution was not just enormous but long overdue. When else can you hear the stars slip back into their natural drawls and say "aw shucks" with the best of them?

Not that the Alamo isn't also a great place to A-List Stargaze, but … Corey Feldman in a cave?! Need we say more? 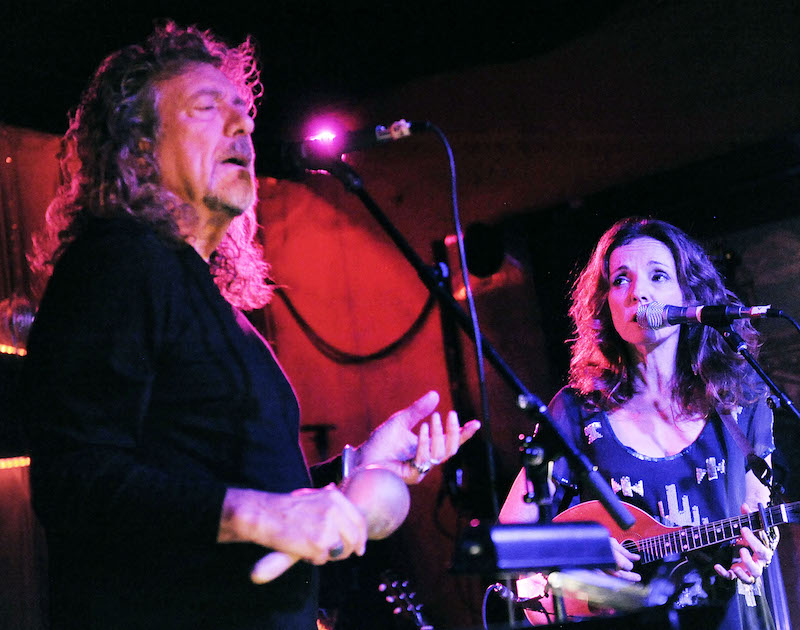 The King is dead. Long live the King. So it is decreed every January and August (Elvis' birth and death respectively) when the Continental Club plays host to celebrations worthy of the King himself, drawing fans from 7 to 70 years. And we're not talkin' cheesy Elvis impersonation night; Shaun Young & the New Blue Moon Boys and Ted Roddy & the King Conjure Orchestra have too much reverence for the man and his music for that. The Blue Moon set covers the early years. Ted Roddy and crew then blow the roof off the joint with the second set, improbably squeezing a horn section, backup singers, keyboards, guitars, and drums on the minute stage. Roddy channels Elvis in full Vegas form, sans jumpsuit. For those who thought those years were a sell-out of the rockin' promise of his earlier days, this show is a revelation. The King is dead. Long live the King.

You know the type: a scruffy young guy full of big ideas and irritation about the way things are. But unlike other slackers, who solve the world’s ills over a 12-pack only to pass out on the couch, Henri Mazza acts on his angst. And he works fast, too. Just this year, Mazza has introduced four new gonzo ventures: the "Drunk Film Fest," which is exactly what it sounds like; "All Good Stuff," a monthly event featuring musicians, filmmakers, and writers; Two Note Solo, a quarterly zine that regularly sneers at the establishment; and "Open Screen Night," a cinematic equivalent to Showtime at the Apollo that has already become the proving ground for up-and-comers. The evening's winner receives a hundred bucks, but the losers run the risk of getting booed and humiliated – which is fine with Mazza.