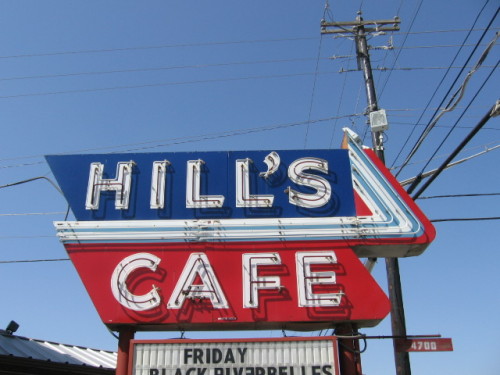 It had been 13 long years since the "Home of the Sizzler" served up a platter of steak and fries, but with the help of KVET's Bob Cole, the Austin landmark Hill's Cafe is once again open for business. No doubt old-timers who remember the first Hill's will notice some changes since its previous incarnation, what with the major interior remodel and large outdoor seating area. But with menu items like the chicken-fried steak with yellow gravy, barbecued turkey, banana pudding, and an appetizer called the "Basket 'o' Fried Things," customers both old and new will revel in the tradition of Texas diner cooking that has been resurrected in South Austin.