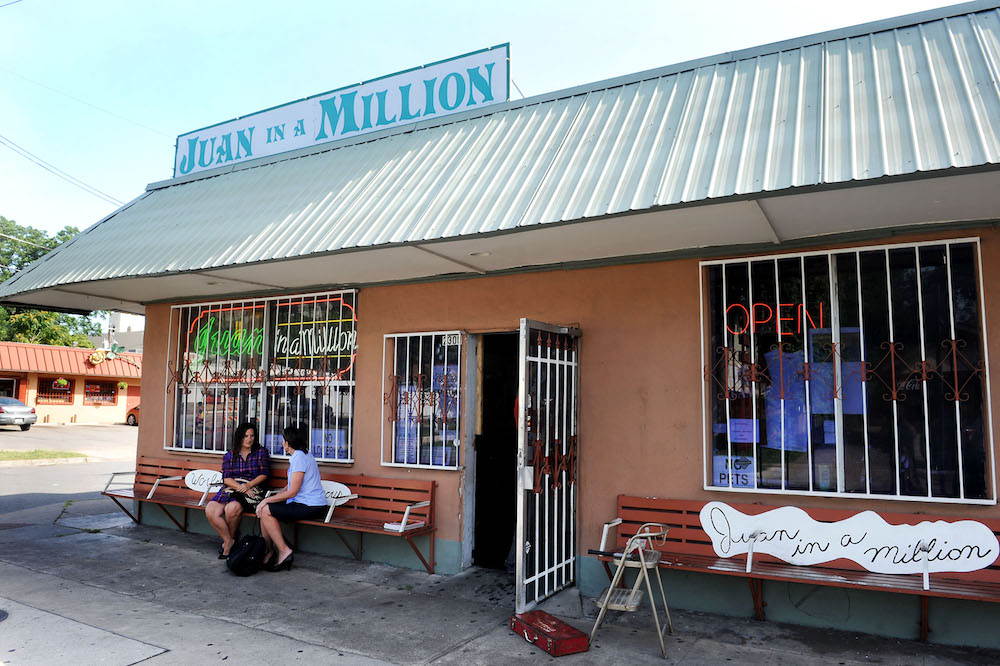 Best Taco To Take As A Lover

There once was a man who was a lover to every woman, who could bring ecstasy to the body with a simple touch. His legacy thrives at Juan in a Million, where a taco named in his honor is able to satisfy our every desire. Overstuffed with piping hot potato, egg, cheese, and bacon (or without, for veggies), this is a wildly gratifying, two-fisted meal, which requires ordering (at least) one extra tortilla. We also appreciate that Don Juan knows that pocketchange has been scarce as of late, and that he still will not withhold pleasure, charging an almost criminally cheap $1.80. His name was Don Juan. In this taco, his legend lives on.