He disappointed a lot of people during his first term, but in his second term Nofziger emerged as a principled, hard-fighting advocate for environmentalism, social justice and fiscal responsibility.

What does he do? He's seldom in his office. He goes to sleep during appointments with citizens. He goes to sleep on the council dais. When someone else proposes an idea, especially environmental protection, he wakes up and says it will cost East Austin jobs, but he never comes up with any ideas for providing jobs himself. Perhaps if Dr. Urdy were to retire, he could get more of the sleep he seems to need.

Immediately after the Save Our Springs Ordinance was passed by an almost 2-1 margin, Councilmember Reynolds was interviewed by a local TV station. When asked why SOS won, Reynolds replied, "They had a catchy name."

They have what they are supposed to have, they're friendly and they're efficient. It doesn't get any better than that.

What does she want, anyway? Following up a failed bid for City Council with the successful run for school board president, she approached the AISD budget process with a gravity that would best befit deliberations on capital punishment. Some don't like her approach, but she has stayed true to campaign promises to fight the entrenched old guard on the board.

Best Lawyer When You're In Big Trouble
Roy Minton

Are you facing several decades in jail? Do you run a company that bilked half the state with a nuclear plant? Need to have overturned in court what an entire city worked to put in place? Got lots of money to pay a lawyer? Call Roy Minton. He'll help you out.

Best Mayor For The City Of North Austin
Eddie Wilson

Owner of Threadgill's Restaurant and the late, lamented Raw Deal, a founder of the Armadillo World Headquarters and patron food saint of Austin musicians, Eddie Wilson is one of those people who really makes Austin what it is. The venerable restaurant location on North Lamar is an oasis in the midst of the Anytown, U.S.A.-look typified by that area of town. Inside, the Southern hospitality and the music can't be beat. Neither, of course, can the food. 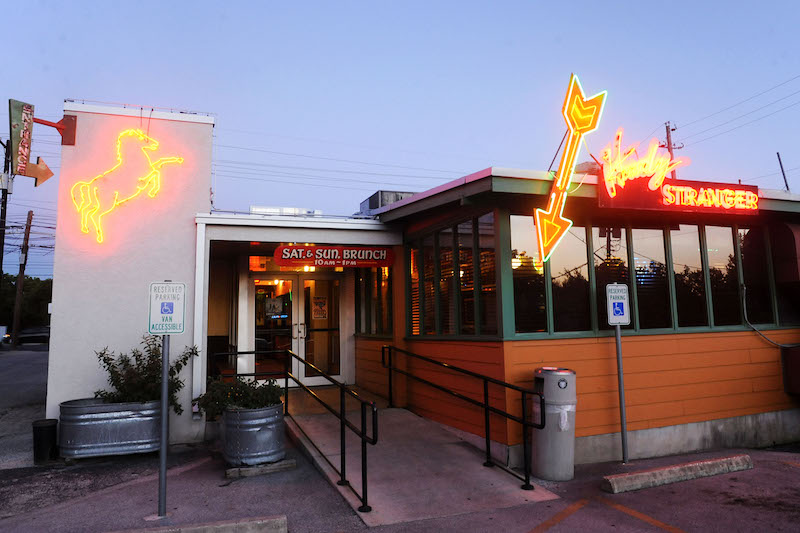 Best Mayor For The City Of South Austin
Danny Young

"Hey buddy, how ya doin'?!" asks Texicalli Grille owner Danny Young whenever a friend enters his restaurant - a common occurrence, as many regular Texicalli patrons soon become Young's friends as well. How can they not when South Austin's friendliest restaurateur is on hand to make you feel not just welcome but at home in his Oltorf eatery. The posters covering every available wall and ceiling space make the spot a virtual Austin Music History Center, the jukebox is one of the hippest in town, and the food is great. But it's Danny's enthusiastic hospitality that makes this the friendliest spot south of Town Lake. And his freely offered political opinions reflect the concerns of small business people as well as a strong will to preserve the best of Austin.

Travillion replaced Gary Bledsoe as head of the Austin NAACP, and there's been no drop off in activity. He's seems to have no sacred cows, and is not afraid to confront the local power structure, black or white. Among other things, he's taken on the Convention Center for not living up to minority contractor goals, pronounced environmental protection important for all races, and framed local S&L bilkings in the context of money it took away from social programs and the central city.

She's only been in Austin three years, but the director of the Save Our Springs Coalition has stirred up all kinds of trouble. The American-Statesman says she's more strident than environmentalists of years past. Funny thing, the new approach seems to work better.

at the legends of Golf at Barton Creek Country Club

Oden does his traditional prosecutor's duties, and he also looks at the law as a way to serve average citizens and the least powerful. He prosecuted construction companies for safety problems that led to fatal trench cave-ins. He prosecuted a trucking company for alleged shoddy maintenance that led to deaths. And he has achieved the most success of anyone involved so far at the East Austin gasoline storage tank farm.

They were doing it before it was cool. Lately, they've hit on harder economic times, but this group just won't die. Check out their new facility on the south side of Hancock Shopping Center, which accepts a wide variety of papers, metals, and plastics.

She only lacks four hours, well, okay, 19. She would have been in Phi Beta Kappa, if she could have raised her grade point average and graduated. She could have been a successful politician if she hadn't lied about going to college and treated the public like they are all high school dropouts.

Best Singer For The Cause
Bill Oliver

He's been around for more than a decade, singing for environmental and social causes, especially environmental. He's always there when he's needed. Barton Springs Eternal.

Austin actually has several good legislators. They're smart. They have hearts. They are outnumbered, but they work for progressive change. Elliott Naishtat and Sherri Greenberg come to mind. The one who seems to have best learned to make his power effective is Glen Maxey, ironic since some legislators have tried to isolate him, particularly after he called for then-Speaker Gib Lewis' resignation. Maxey, however, has helped bring changes at the tank farm. He succeeded in convincing the state Highway Department to allow local control on the building of MoKan so its effect on East Austin can be studied more seriously. He knows the issues. He's always well prepared and he has stayed true to the themes on which he ran for office.

Best Use Of A Video Camera
Tim Jones

Before Jones got a video camera, his slide shows were a regular at city council meetings. Now armed with video, Jones gets every thing on tape: new sewer lines, illegal road construc-tion, erosion controls that don't work. One of the most committed environmentalists working anywhere, Jones is a video muckraker.

Bledsoe holds down a full time attorney's job with the state Attorney General. He's moved up from head of the Austin NAACP to head the state group, and he's chairman of the Travis County Democratic Party. He brought a renewed level of intense activity to the local NAACP and will likely do the same for the state. The party has taken on a new level of inclusion, as well as become more responsive to citizen groups and concerns. What's next, Gary?

They piss everybody off. They don't have any leaders. And while other groups spend time and money trying to work through the system, Earth First! keeps at their environmental knitting: raising hell, disregarding traditional politics and lobbyists. You may not like them, you may not like the way they dress, but they are singularly effective.