As of September 1, 2019 the other 49 states in the union can only marvel at Texas’ unorthodox willingness to finish dead last in something – and that is to allow craft breweries in The Great State to sell Beer-to-Go from their own taprooms. Not ideal, but it appears resolved for the moment. And now that take-away beer from in-house point-of-sale is writ, we have archived the entire dispute between those small breweries and notorious booze baddies – the Texas beer wholesalers, who actually plot twisted into Loki-style anti-heroes by the end of it all. Is the battle for small beer independence over? Not likely. So, check back in on our Beer-to-Go dumpster to check the score ... or to just drink to the hits. – Eric Puga 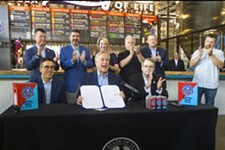 UPDATE: Beer-to-Go Passes House but the Battle Will Rage On in the Senate
What actually happened, and what happens next 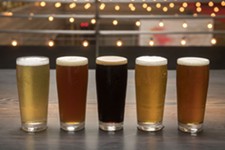 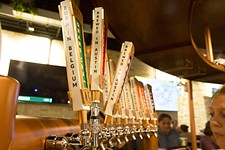 Lege Lines: A Win for Brewers, a Scam for Paxtons, and More
This bill's for you The Battle of Small Beer vs. Big Distributors Rages on With Texas Beer-To-Go Bill
Another chippy round of political beer pong