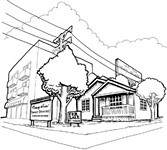 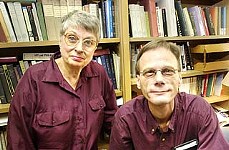 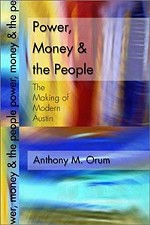 Anthony Orum on Austin
"In Austin, a city of changes, a book like Anthony Orum's Power, Money & the People: The Making of Modern Austin, is always relevant," writes Michael Erard. "It's the only urban history of Austin, tracing the early decisions that fixed the city's economy, politics, and sense of itself. Unfortunately, the book's availability has been spotty -- until late 2002, when an Oregon press, Wipf and Stock, reissued it."

Take Me, Instead
An interview with SWT's Arturo ManCha, whose novel in progess was a recent break-in casualty 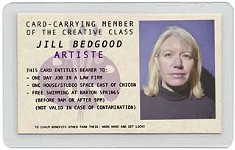 Creative Capital?
In the city of ideas, the people with ideas are the ones with day jobs