Digging Up the History of the Texas Memorial Museum

From star of the Texas Centennial to overlooked gem 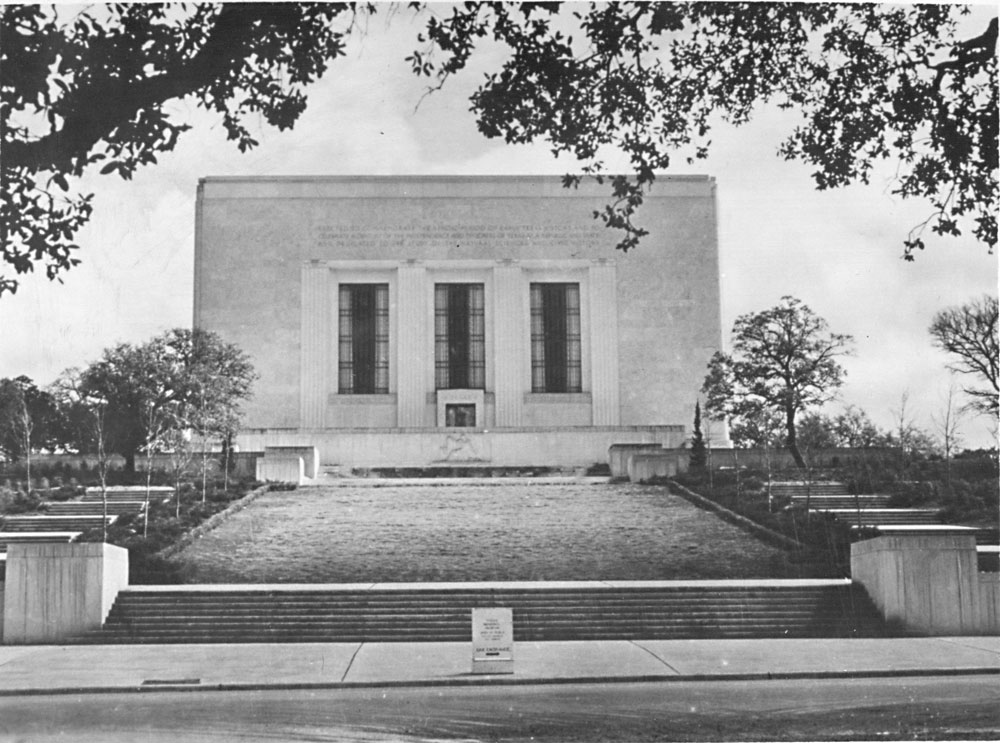 Early 1900s Texas academics raise concerns that fossils and archaeological discoveries are being shipped out of the state due to the lack of a public museum in Texas.

1933 Fundraising and planning begins, including money from Congress and the sale of Texas centennial coins. The UT-Austin Board of Regents selects a site on the east side of campus.

1935 Ahead of the Texas Centennial Celebration, the Texas Legislature charters the Texas Memorial Museum as the first state museum. French architect Paul Cret, who designed the UT Tower, is hired to design the museum.

1939 The Art Deco masterpiece finally opens on Jan. 15, although it was completed by architect John F. Staub as Cret resigned from the project after the Legislature refused to fund two extra planned wings. The facility serves as a historical, archeological, and paleontological museum.

1959 The state transfers the TMM to the University of Texas, and it is placed under the School of Natural Sciences, which refocuses on its educational mission.

1998 A loading dock is added, as are ADA-compliant bathrooms on the fourth floor.

2002 Museum management decides to focus TMM on being a natural history museum, and parts of the collection are relocated or loaned to other museums.

2020 TMM is forced to shut due to the pandemic, and the Legislature further slashes its funding.