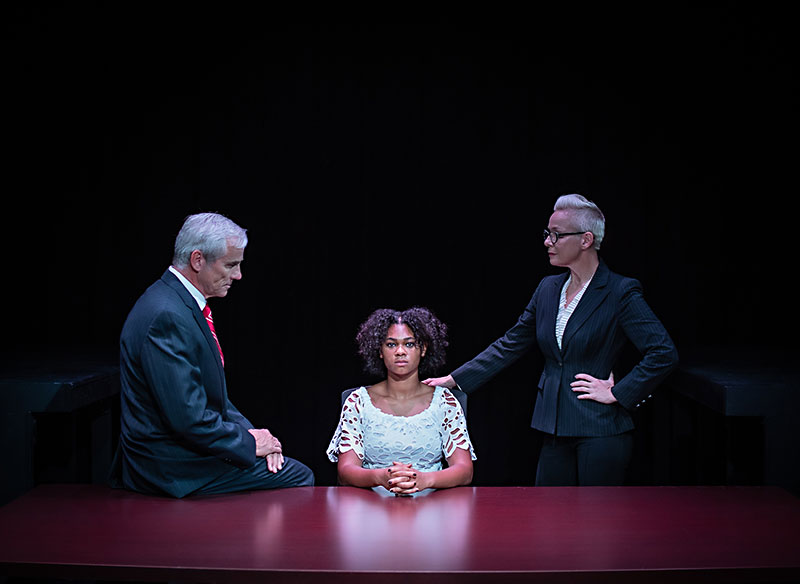 Shakespeare's history plays, dramatizing five generations of medieval power struggles for the British throne, focus largely on the kings. In more modern times, with the equality of the sexes given greater priority, the queens are finally getting their due in plays that include The Audience, Six, and Kate Hennig's Queenmaker Trilogy, which explores the lives of three Tudor sovereigns.

Hennig's plays, which recently premiered at the Stratford Festival in Canada, suggest that the more things change, the more they remain the same. And so, we find her 16th-century characters speaking in contemporary tongue and wearing contemporary clothing as the female royals do battle with all things misogynistic and the relentless need to prove themselves. The Last Wife portrays Katherine Parr, the last of Henry VIII's six wives, as a feminist superhero; Mother's Daughter finds Mary I, England's first queen regnant, battling xenophobia and religious nationalism; and The Virgin Trial reimagines the story of the young daughter of Henry VIII and Anne Boleyn, Elizabeth I, and touches on victim shaming, the power of the popular press, and sexual politics.

In The Virgin Trial, which was given a staged reading at Alchemy Theatre in 2018 and currently enjoys its Texas premiere production, 15-year-old Princess Elizabeth (Soleil Patterson), known as Bess, finds herself being interrogated by the two-faced Lord Protector Ted (Yanis Kalnins) and his brutally cold henchwoman, Eleanor (Christine Glenn). Bess must defend herself against accusations of plotting to kill her brother from another mother, King Edward VI, and having an illicit affair with her stepfather, the Lord High Admiral Thomas Seymour (Marty Soole). Thom has been arrested for high treason along with Bess' loyal governess, Ashley (Ali Meier), and her secretary, Parry (Michael Bonny Bassey), who are believed to be conspirators.

The play unfolds as a modern-day procedural drama, a format conducive to all the intriguing mystery and dramatic discovery. Scenes alternate between real-time interrogation and flashbacks exposing key characters' motivations for murder, with each shift announced by flashing lights (courtesy of designer Travis Knight) and the sound of buzzing electricity – presumably because the iconic "dun dun" of jail cells locking was already taken by TV's Law and Order franchise.

As strong as this ensemble is (particularly Adah Hagen as a wonderfully textured, deliciously indifferent Mary, Bess' older half sister), the play hinges on Patterson's performance and her ability to show Bess' evolution from a strong-willed but vulnerable and naive girl to a steel-nerved and politically savvy young woman. What she delivers instead is an unwavering, single-toned intensity that plays well and is true to the character but does not contribute to the play's intended and much-needed intrigue. It's a missed opportunity, most obviously on display when Bess responds to the lord protector's dismay over her childish behavior. Patterson's casual delivery of the line, "I like to play games," lacks the underlining warning of what is lurking beneath the surface of this complicated girl, in anticipation of what is to come.

The stationary set (designed by scene shop Lucky Giraffe) consists of a long table for interrogation and two raised rooms encased in hanging, translucent plastic curtains built for torture. It is wonderfully menacing, as are the power suits worn by the two tormentors (designed by Stephanie Slayton). Director Michael Cooper's staging is simple and effective, but the awkward actor-performed swapping of props during scene shifts kills much of the production's momentum as well as the urgency needed to sustain the procedural drama tropes.

The result is an interesting cross between The Crown and Criminal Minds, which may be less powerful than what the playwright had in mind but still makes for a solid evening's entertainment. 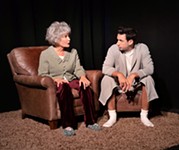