For 44 years, Austin's own ArmadilloCon has been the landing zone for writers and fans of the fantastical and futuristic. From veretans to beginners, readers to literary lions with whole library stanchions dedicated to their work, it's the best place to find your next must-read volumes, whether your imagination bends toward worlds of dragons and rogues or a pangalatic, Afrofuturist tomorrow.

ArmadilloCon is about meeting writers, and the grand tradition of these little coffee meetups is a chance for an informal conversation – 26 chances, in fact. Share a sip with authors including Sim Kern (celebrating the release of Real Sugar Is Hard to Find, the first installment of their young adult trilogy Seeds for the Swarm); nightmare weaver and romance game designer Bonnie Jo Stufflebeam; and Marshall Ryan Mar­es­ca, co-host of the award-winnning Worldbuilding for Masochists.


Texas Weird: What Is It, and Why You Should Seek It Out

It can get strange on the prairie and peculiar in the Pine Barrens, so join Lone Star literary legend Joe R. Lansdale and a selection of experts and authors including Mark Finn, biographer of Conan creator Robert E. Howard, as they explore the oddities between Oklahoma and the Mexico border.


Space Tries to Kill You With William Frank

Want some added drama in your next sci-fi story? NASA Chief Training Officer William Frank knows everything that can go wrong: He heads the team that creates catastrophic scenarios for astronaut training. Watch him throw a panel of authors into the void with scenarios they have to solve.

We no longer love our technodystopian future. Sci-fi writers have predicted the perils of social media, but it's all worse than even the direst prognostication. Learn how to safely promote your work in an era of shitposting. Without Willie Siros, there would be no ArmadilloCon. Literally. The man behind the counter at the old Adventures in Crime & Space bookstore co-founded and watched over the gathering until his death in January. Join old friends as they discuss his life and legacy. 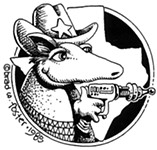 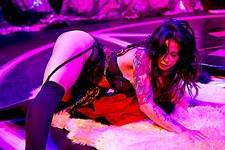 Five Local Arts Events Using the Human Form as Inspiration
Fascinations of the flesh, from portrait to burlesque 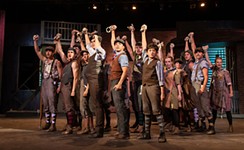