Moontower comic thrives on the pressure 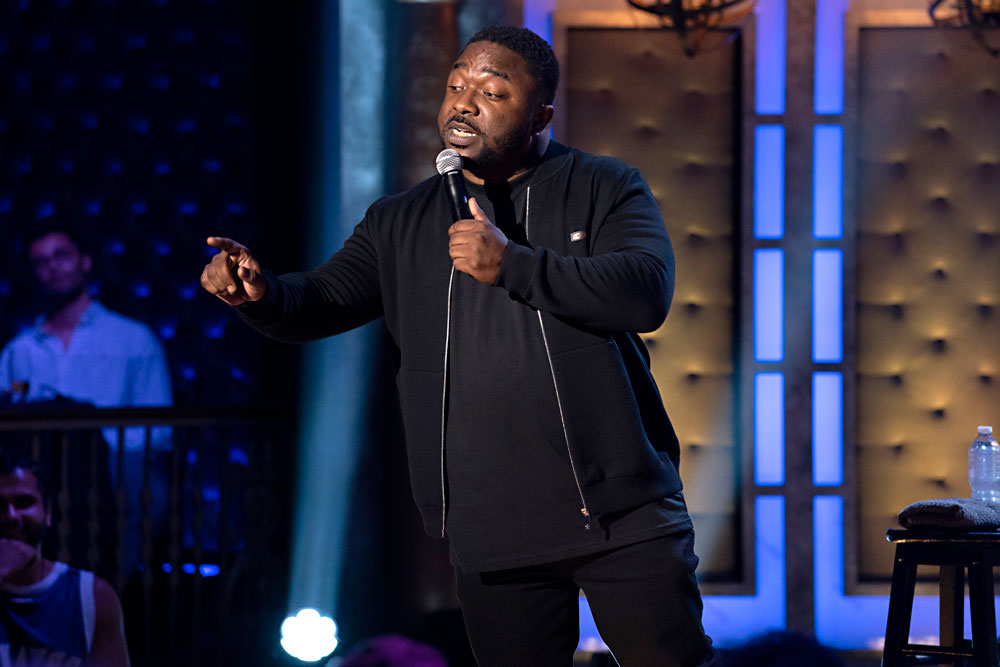 Brian Simpson on Netflix's The Standups (Courtesy of Netflix)

Brian Simpson's journey to the top of the stand-up scene is a long one that has skyrocketed in recent years. After first getting onstage in his hometown of San Diego in 2011, the military veteran made the move north to Los Angeles in 2015. He soon found himself living in a shelter but persevered until he found a stage home at the Comedy Store and his own home to boot.

Simpson sat down with the Chronicle to talk about his big breaks as well as his upcoming visit to Austin for the Moontower Comedy Festival.

Austin Chronicle: Tell us about your first big break.

Brian Simpson: I found out that I was going to be on Lights Out With David Spade. And I'm like, "I'm going to put my whole ass into this set," because I know, nothing like a first impression, you know what I mean? And I had five days' notice. So I really stressed about it, and really, I like the pressure. I like to obsess over it. And it turned out pretty damn good.

Literally, because thank God for David Spade because 1) they let me say whatever I wanted to say. And 2) they put the sets out on YouTube the night it aired. So it aired at like 10pm or something, and then by midnight the set was on YouTube. The next morning, I have maybe 15 people hit up my manager wanting to have meetings.

“Hollywood is this bubble, and if you can get inside the bubble, you’re in the bubble.” – Brian Simpson

AC: Was getting to appear on Netflix's The Standups a huge deal?

BS: Hell yeah. The David Spade thing was pivotal. It was crucial. It was probably maybe the most important thing because it made everyone aware of me. But the Netflix thing, it's a line that's been crossed, because, for me, anyway, it means that ... Hollywood is this bubble, and if you can get inside the bubble, you're in the bubble. You crossed over into that. No one's going to put you out of the bubble. That's kind of what it is, this line I crossed where it's like now I've arrived.

It was actually really special to me too, because I hadn't been home the whole time I've been doing comedy. I haven't seen my family. They've never seen me perform live. And my mom, my mama, and my sister were at the taping in New York. It was such an emotional moment for me. And I put a lot into it. It was something I was proud of, and I did what I wanted to do.

AC: Will this be your first time in Austin?

BS: Well, no, I've actually been to Austin a few times already because Joe Rogan comes from there. He invited me down a few times. I love Austin. I love the food. For sure the comedy scene's cool. A lot of my friends are down there. So I love to go down there and visit.

AC: What's special about Moontower and other festivals?

BS: As far as Moontower, as we get our wish that we're successful and our friends are successful, as that's about to come true, you see your friends less and less. So a lot of times the festivals are our chance to actually see your friends and hang out, swap stories, and that sort of thing. Because most of the time we see each other in passing because we're busy. We might be on the same line at the [Comedy] Store, but sometimes it's an hour apart, that kind of thing. So the festivals are a good time to just catch up. It's a good time to meet people that you haven't met before or people that you've admired from afar, and get to see if you can actually still be a fan of them after you've been around them for 15 minutes.

Moontower Just For Laughs 2022, April 13-24. Tickets and info at moontowercomedyfest.com.

Find all our news, reviews, and interviews from the fest at austinchronicle.com/moontower-comedy-festival.

A version of this article appeared in print on April 8, 2022 with the headline: Brian Simpson: “I Like the Pressure” 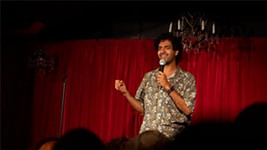 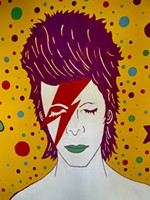