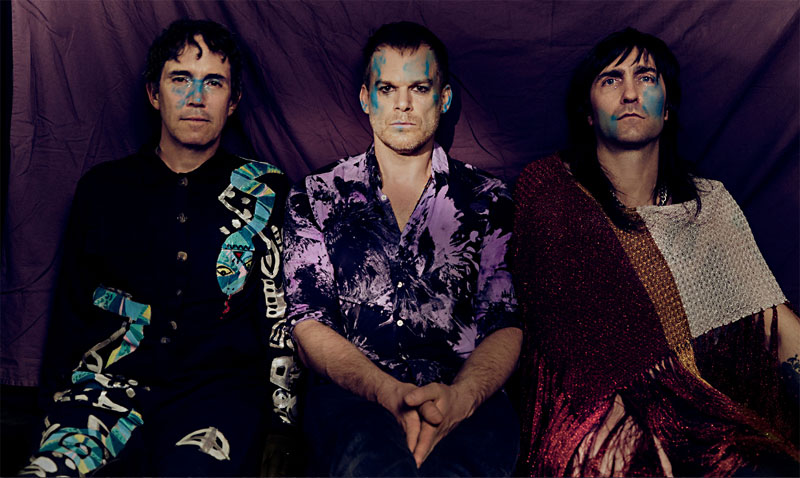 Princess Goes to the Butterfly Museum, appearing at this year's Fusebox Festival (Photo by Paul Storey)

Just because there's been a socially isolating pandemic happening for the past two years, just because arts funding has become more difficult to secure than ever, that doesn't mean the annual festival begun in 2005 by Ron Berry and a crew of creative provocateurs is charging admission for its chockablock schedule of wonderments that will brighten our city's days and night from April 13 to 17 this year.

The Future Solitude dance performances at the Long Center, curated by Kenyon Adams and featuring New York's Kayla Farrish, Tajah Fraley, and Vinson Fraley. "You are clearly in perversion," the debut collab of L.A.-based multidisciplinary artist Dorian Wood and Austin's own Thor Harris that will thunder to life at the Museum of Human Achievement. The all-local "It's NOT" Fair supergallery exhibition at Distribution Hall on East Fourth. Robin Frohardt's immersive Plastic Bag Store that's completely taken over the Blue Genie Art Bazaar on Airport.

Thanks to private funding and government support, to fundraisers and donation drives, all of these shows and more are available at no charge to the public. Fusebox is still free, free, free – although many of its spectacular events do require reservations, and those are snapped up so quickly that there may be nothing but slim pickin's by the time you read this. Still, Berry tells us, fear not.

“We were interested in these foundational, fundamental things.” – Ron Berry

But, wait – it gets better. "This year, we have shows in some pretty high-capacity venues," said Berry. "We're doing this project called MXTX with Golden Hornet in Waterloo Park, and it shouldn't be hard for anyone to get into that. And there's our hub at Distribution Hall, which is open Thursday, Friday, and Saturday nights of the festival, that's gonna be super fun and wild, and it doesn't require a reservation. The opening night of that, we've partnered with Future Front, and Juliana Huxtable's performing, and it'll be the first chance for people to see the installations that Michael Anthony Garcia's curated. And Friday's got the Illustrious Blacks from New York, they always bring the house down. And Christeene is bringing her new full band – it's this seven-person band that'll blow the roof off. And, Saturday night, Michael C. Hall – of Dexter and Six Feet Under – his band Princess Goes to the Butterfly Museum is gonna play."

So things have changed – for the better, finally – since 2020. "That first time we made a switch and tried a virtual festival," said Berry. "Which, in those early days, it was an experiment – like, what kinds of things are interesting in this platform, what's less interesting, and how does time work on a screen as opposed to in person? We were interested in these foundational, fundamental things, and that was kind of fun. But we were all doing it from our living rooms, and it felt sort of like, ah, public access TV at that point? A real DIY operation. But it was still exciting that we were doing something together across continents and across Austin in the initial, uncertain chapter of the pandemic when we didn't know what the hell was going on."

Now, though, it's 2022 and they do know what the hell is going on – and there's a lot of it. And you, citizen, you can experience it for yourself. For free.