Truth, justice, and a better tomorrow 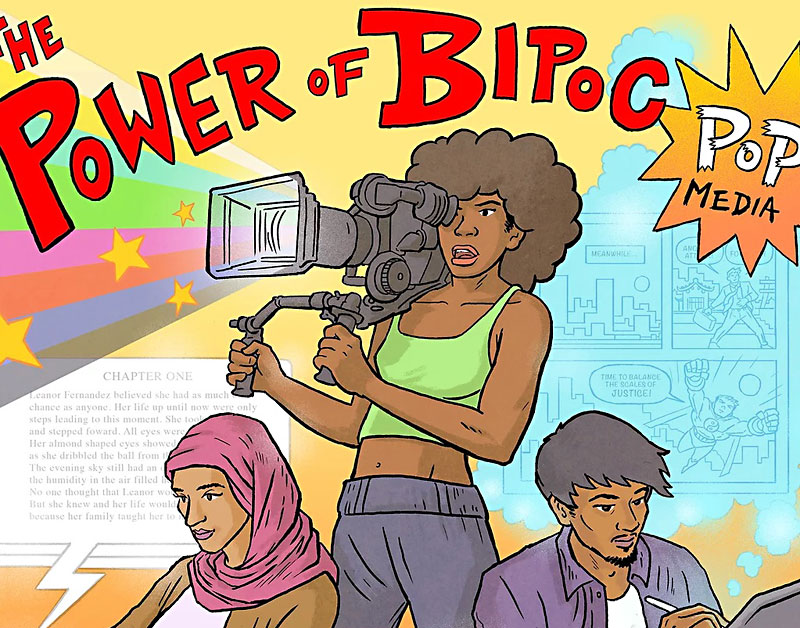 Packing up and leaving all that he had known, 5-year-old Frederick Luis Aldama's family immigrated from Mexico City, Mexico, to farmlands bordering Sacramento, Calif. Solely speaking Spanish, Aldama was berated for his inability to speak English. Seeking comfort in a place lacking it, he was drawn to a comic store blocks from his home. Spending hours on end spinning through the racks and flipping through comics, Aldama found that the figures flying across pages not only allowed him to learn English but offered him solace as well.

From then, comics have made up an important part of Aldama's life. Nicknamed "Professor LatinX" by the comic book community (an homage to Professor X from The Uncanny X-Men), Aldama focuses his work on all aspects of Latinx pop culture.

Focusing his work on the necessity of Latinx representation within these forms of media, Aldama last fall came to the University of Texas at Austin as Jacob & Frances Sanger Mossiker Chair in the Humanities and created the Latinx Pop Lab, a creative space that hopes to bridge campus BIPOC creative communities, with BIPOC Pop being one of the center's signature events. Taking place March 10-11, it's a two-day comics, gaming, animation, and multimedia arts symposium hosted at UT-Austin. The event is designed to be interactive rather than a formal, academic conference. Open to students and the public alike, the event is completely free, with complimentary food and drinks provided.

"[I moved to Austin to] take advantage of the riches of Latino, Indigenous, Asian, and Black creatives not just here in the region but nationally," Aldama said. "To bring them to not just the campus but to the community of Austin, and put on the map for the first time."

“I want the campus to feel like it is a place for our communities.” – Frederick Luis Aldama

Aldama said that while he realizes that larger conventions concerning comics, gaming, and animation already exist across the nation, he said he notices straight away that BIPOC creatives are always placed as an afterthought within these spaces. With BIPOC Pop he wants to change that through dedicating a space solely for creatives of color, hoping to make Austin a focal point for this.

While this event resides on the university's campus, Aldama wants to emphasize this isn't an event restricted only to scholars and students, but rather open to the larger Austin community overall. Aldama said with this event he wants to erase the "town-gown" divide. He's also focusing on making this event as accessible as possible by making the event completely free. "I want the campus to feel like it is a place for our communities," Aldama said. "Very often speaking to families in the community, they've never been on the campus because they've never felt like it's a place for them. So what better way to change that narrative than to have access and welcoming access to UT-Austin."

While this is the first BIPOC Pop, Aldama said it's far from the last. He hopes to make this an annual event and only expects it to continue to grow. He emphasized that continuity building is extremely important to not only himself but the community overall. "[I want this to be] something that we can take for granted in a good way," he said. "That is really important for the kind of building that I see that we need to be doing in these spaces and for the innovation and all the stuff that I want and I know can happen, and does happen."